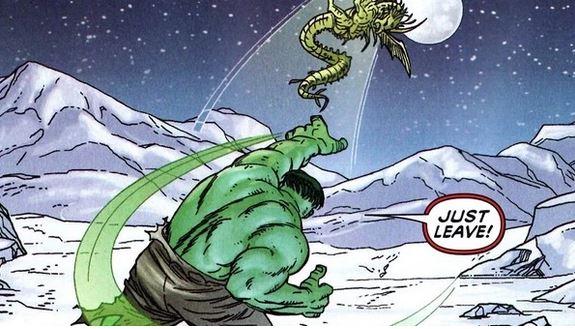 Ahaaaaaaaaa! A little something for all you ABBA and Alan Partridge fans out there.

Yes people, it’s time to talk about throwing. Throwing is a huge part of Crisis Protocol and can be used to great effect to get past character defences and chip away at stamaina. If it’s not glued to the board, get it lobbed.

This article is less about how throws work (because you know that by now don’t you… DON’T YOU!), and more about what kinds of throws the characters in the current pool have and how good they are.

With these questions in mind, let’s take a look at some of the throwing characters in the game and compare their abilities:

The first thing that stands out to me in the above table is Black Panther. His throw is unique in that he throws himself and doesn’t suffer damage for any collisions that may occur. In this article we won’t discuss this throw any further, but I thought it best to include for completeness sake.

There are a few other things which stand out to me. M.O.D.O.K has the best throw distance-wise, being able to throw long, but this only covers terrain and not enemies unfortunately. But still, that is an unnaturally huge distance for a throw to cover – use it wisely!

The majority of throws in the game come from superpowers, but there are 3 characters who have throws which trigger from wilds rolled in an attack roll; namely Crossbones, Hulk and Thor. Crossbones?! Yep! His throw is the weakest of the 3, it being only a short throw of a size 2 character within range 2. Thor’s attack throw has a significantly cheaper cost, but Hulk’s throw just has the edge in terms of size as there is no size limit to it. Granted, Thor’s throw covers characters of size 4 or less which is currently everyone in the game at the moment, but Hulk is covered if we should ever get any size 5 or larger characters in the future of the game. Can you imagine Hulk throwing Galactus?! Yes please!

Hulk and Thor also have the best superpower-based throws size-wise, both of which are for enemies or terrain of size 4 or less – in other words everyone right now. These throws are matched in terms of range and distance thrown, but Thor’s throw does cost 1 power more. Personally I prefer Thor’s throw because it finally opens up a way for Hulk to be thrown, one of life’s great joys. There is little in the game that I dislike more than seeing Hulk across the table.

Similar to the above, but not requiring a wild to trigger is Cap with his Shield Slam ability. Regardless of the attack roll result Cap gets to throw the target character short. A very nice ability to have as it will always trigger.

On the other end of the scale is Valkyrie with the weakest throw in-game. Size 2, range 2 and short distance are the lowest stats for a throw yet. Sorry Valkyrie! Good job she makes up for it with attack power. True, these stats are the same as Cap’s throw from his Shield Slam, but Cap’s are a bonus from an attack whereas Valkyrie’s is a dedicated superpower. Still, Valkyrie’s throw is cheap (even cheaper in Avengers), so you can trigger it regularly and combo it with some Charge superpower action.

Another stand-out is Ultron. Along with M.O.D.O.K he is currently the only character who cannot throw an enemy character as part of a superpower, which is definitely something to bear in mind when choosing your characters.

Everyone else lands somewhere inbetween the Valkyrie to Hulk/Thor scale, with the majority of throws being size 2 or 3, range 2 or 3 and short/medium distance.

THE GLORY OF THROWS

I would like to finish off this article by talking about the most epically cinematic moment I have seen in this game to date. I have some friends with sons who are around 12 years old and are absolutely Marvel mad, and so I decided to invite them over to play a game of MCP. After 1 round they had picked up the rules and were way into it.

A few rounds in most characters had taken a bit of damage. The child who we shall refer to as “R” was contesting an objective, as was “C’s” Hulk. Instead of beating a hasty retreat R’s Valkyrie decided to stand her ground and lay into Hulk. After a Dragon Fang attack whiffed she went for it again and got the wild so she could flurry into another attack, and Hulk rolled poor defences on both rolls and took heavy damage. On C’s turn he activated Hulk and destroyed Valkyrie, and then moved to a back objective for some protection from Captain America. R’s Thor activated and moved up, then did a Strike attack on Hulk. Hulk defended it all alas, but Thor got the wild and threw Hulk into Captain America, dealing the damage which he needed to kill Hulk. Cap failed to dodge the 5 incoming damage from Hulk and so was left on 1 stamina. Thor then used his throw superpower to throw Captain America into a nearby Black Panther, doing the 1 damage needed to kill Cap. Black Panther did a poor dodge roll and so took the damage required to finish him off too. 3 Activations and 3 characters down – it was glorious to behold and demonstrates well the sheer power of throws!

So, which throws are your favourite to use in game? And which cinematic moments have you had when throwing haracters? Comment below!