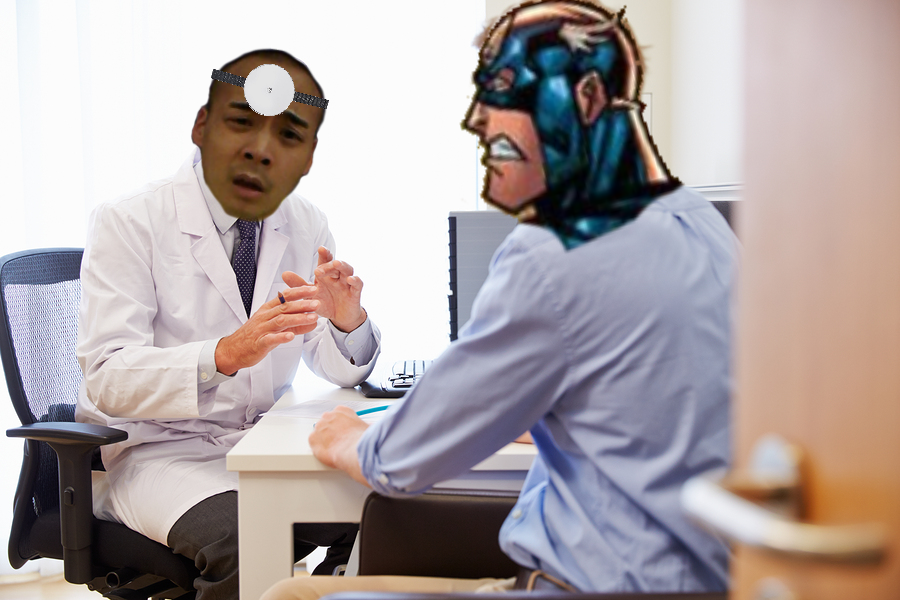 It’s no secret. I dislike MODOK. Not as a character, but in the game. He’s just oppressive to play against. Why I feel this way has been well documented over on Across the Bifrost so I won’t bore you with the details. That brings us to why are we here today? Well, this is the first in The Clinic series I’m writing focusing on how to Mitigate MODOK’s Madness, in particular the Psionic Force Field superpower.

In Marvel Crisis Protocol at its core, the mechanics favor attacking. Which makes perfect sense. This helps propel the game forward and lessens the chances of an ongoing slap fight in the middle of the map. They do this by skewing the dice odds in the favor of any attacker, with 4 faces being valid for attacking (Crit, Wild, Hit {2}), and only 3 for defense(Crit, Wild, Block). One of the infuriating points of dealing with MODOK is Psionic Force Field:

Which takes those odds that were stacked toward the attack, and levels them out. In addition there are a lot of wild triggers in the game this nullifies. MODOK’s Psionic Force Field applies at Step 9 b.ii. in the attack timing chart. Which means any wilds the attack rolled are blanks by the time we make it to 14 a. which is when after attack wild triggers happen. A few examples: 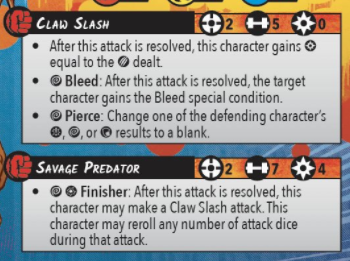 And the list goes on and on. So this passive superpower is massively influential in not only changing the dice odds, but preventing other wild triggering effects. So what can we do about it?

Let’s start with the obvious. How can we do damage without having Psionic Force Field come into play?

Psionic Force Field only helps vs attacks, so anyway we can apply damage without attacking is aces. Throwing things is the obvious answer. MODOK only has 2 physical defense and in addition “Pea-Brain! MODOK’s Genius is Infinite!” doesn’t help against dodges either. So anytime we throw something at MODOK we’re getting around his two best defensive super powers and we’re exploiting his worst defense type.

Recently some other pseudo throws have been introduced into the game. I don’t know a better way to describe them. Both Mystique and Punisher can “blow up” terrain to do damage to those nearby. While it would take a lot of terrain to daze MODOK this way it certainly is something to remember as you work on chipping away at him.

Okay so maybe we have to attack him. How can we mitigate the wilds becoming blanks?

Valkyrie has an interesting way to go about this, Warrior of Legend. With Warrior of Legend she can change one die per Crit or Wild into a hit. Normally we’d be altering blanks or blocks to hits, but going into MODOK we can change Wilds to Hits using this. Warrior of Legends happens at step 9 a.i which is before Psionic Force Field happens at 9 b.ii. This allows us to mitigate the negative effect, but doesn’t grant us the bump in expected success it normally would.

“Corvus Glaive kills the world”, is only a slight exaggeration on the table top. And he is one of the better MODOK “answers”. His ability to count Blanks as Successes with Glaive’s Edge is huge. Not only does this compensate for the Wilds to Blanks but it gives him an additional 2 faces of “successful dice” which really changes the odds in his favor.

Now Corvus brings up another interaction I see misplayed from time to time so let’s take a detour to talk about it. We know that “After Attack Wilds” don’t work into Psionic Force Field, but what happens to Pierce?

This is a wild trigger that modifies our opponents dice. So if we check the timing chart this will happen at step 9 b.i which is one step before MODOK turns that to a blank. So if you have a piece you’ll “blank” one of MODOK’s defense dice. Then MODOK will “blank” your wild. So while the wild won’t count in the Success or Failure, it might still help you squeak and extra point of damage through!

These are just a few characters with work arounds for Psionic Force Field. Black Panther and Gamora have pounce effects which are great. Gamora also has Deadliest Woman in the Galaxy to help her out as well. Keep these kind of effects in mind as new characters are introduced to MCP!

There are some Tactics cards that can help us too.

Recalibration Matrix comes from none other than MODOK’s box himself, and The Books of Truth is a card recently released in the MYSTIQUE & BEAST box. These cards are both very similar in that they allow you to reroll all of your dice. However the timing is what’s important!

These effects happen at the end of the Modify Dice step, which is step 9! Since it happens at the end of this step, it means that any wilds rolled here won’t be blanked by Psionic Force Field! This not only swings the dice odds back in the attackers favor, but it allows us a chance to trigger Hawkeyes’s Full Quiver and things like Sabretooth’s Bleed or Finisher! In addition the Books of Truth is a one sided card, so you can wait to see/ensure MODOK bonked on that defense roll before fishing for that home run swing.

Hopefully these this article gives you one or two more tricks to add to the tool bag to help take down MODOK. Be sure to check back on AcrosstheBifrost.com often or subscribe to never miss an update! If you did want to grab MODOK or the MYSTIQUE & BEAST box you can find them and the rest of the MCP line over at Discount Games Inc for North America and Blackgate Games for the UK and some of Europe!

Till next time happy gaming,
TT