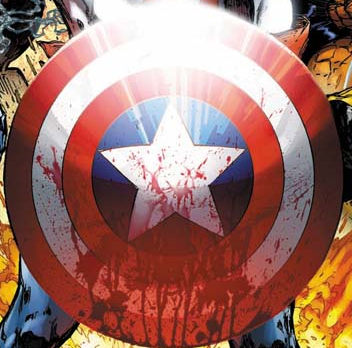 Happy New Year everyone, hope you all had a safe and happy holidays!

The rosters are locked, the pairings are set, the first round has started. Week one is underway. Just like that we have started a new year and Season four of the Table Top Simulator, with 168 players signing up making this once again the largest event held.

I wanted to take a short moment to spot light one list from each of the brackets that caught my eye. That may not necessarily be the most competitive list as of yet but this player is headed in a direction that they may be onto something.

Picking a list out of the east was probably the hardest for me as there are quite a few lists that jumped out that I wanted to pick, but the one that I chose was someone that has consistently been on the leading edge of lists time and time again and actually wrote the article for the dreaded dashgard list. Utilitycookie and his A-Force List!

What I like about this list is the sheer amount of beatdown and control it brings to the table, but at first glance you look at it and go wait what does it actually do. It took me a second when I looked at it cause it looks incredible top heavy points wise. It can definitely struggle on some lower point values but it still has game into them as we saw last season with Morganreid’s black order list that went all the way into the final’s.

This was also a harder than I initially thought. I went in looking at last years runner-up Morgan Reid thinking he would be the runaway easy pick but that was not the case. AJ-P2 took the cake again with the A-Force and Asgard list… I’m sensing a theme here… I promise its not biased even though I do really like the new A-Force affilaition.

This list, just amuses me. It is incredible at the beat down game in both sides. but can play the objects very well. It did surprise me that it did not have the Hired Muscle play in it as it could play very well and have the A Force beat down as a counter play to it, but as always the Aussies walk a different path.

This was a tough one because, I know Criminal Syndicate is going to be strong this season, but deep down I feel Cabal is also going to be strong as well. So I went with the combination of the two list here. EV1000’s Cabal and Criminal syndicate list.

Doesn’t have as much healing as MODOK likes but with the restricted list that happens. I almost feel like he could have left crossbones at home and brought a better 3 point model with modok being in faction for both but i won’t critique as I have not played the list. I’ve said in a couple places that I believe that Cabal has gotten stronger has we have gotten more releases and I firmly believe that, but as we have seen with each new faction flavor of the month tends to take over and we don’t get to see some of the older factions shine as much as they probably could.

The hardest choice for last seems fitting, A lot of the players are playing something similar to last season so it was easy to rule them out. In the end I went with an X-men Gold roster Piloted by Sploosh.

Well what to say about this… Hired Muscle which we have all figured at this point and heavily written about being a strong card. Deception which is a strong card. M.O.D.O.K. Seems like he just went all in on strong picks and then splashed an affiliation. Well at least on the surface. So much to unpack in this list that it almost deserves its own article. I would suggest you take the take to read the cards and figure the combinations out for yourself as it is far to early in the league for me to be giving away the secrets right now!

Be sure to head on over to Discount Games Inc. and Pre Order Your Copy of Black Bolt & Medusa and Crystal & Lockjaw releasing on February 12th!

That will do it for my short article this month, hopefully with the holidays now over I can get back to doing more content for everyone! I’ve been really quiet lately and for that I apologize. Hope to see you all across the table good luck in your games and until next time!