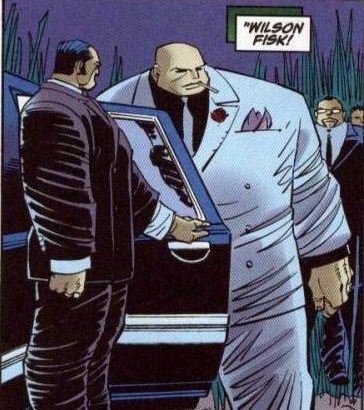 This week I am up against an A-Force roster, which doesn’t excite me due to the limited games against the newest affiliation. My opponent, Matthew, is running some serious beaters including Angela, Valkyrie, and Captain Marvel in the roster, so keeping the point total as low as possible seems appropriate. Gamma Shelters might be too bunched up for a foe like She-Hulk and the A-Force though, so I think Infinity Formula or Consoles may be better options.

I am fortunate to win the roll and gain priority. I chose Secure and get Infinity Formula and Gamma. So, Infinity Formula it is. My opponent selects Panic Grips, which is great for A-Force and the rediculous amount of power they can generate with the affiliation bonus.

I want to keep the threat value low as possible, so I select 17 threat. Both of the scenario pieces line up on a Map B which will create 2 separate channels of engagement. This map gives me the option to run M.O.D.O.K. on one side with Okoye and Kingpin and Bullseye on the other, with Taskmaster going to the side without She-Hulk to try and get to the far side of the board to get one of the Formula points from my opponent. I would like to get Kingpin on the same side as She-Hulk as the stagger on Hail to the King attack is brutal for her to deal with.

The Team Tactic Cards I select are pretty easy considering I don’t have Mystique or Killmonger in the active roster. My opponent and I discuss that the only reason each of us brought Hired Muscle is in case the other person did, so we decide to leave it off the table on both sides. That decision leave my 5 cards as the only ones left on my roster, Brace for Impact, Medpack, All According to Plan, Disarm, and Climbing Gear.

My opponent selects She-Hulk, Enchantress, Wasp, Okoye and Black Widow (2 pointer). While I am glad not to see Angela or Valkyrie, he is able to run 5 characters and I expected him to run 4 with some more hitting power. Hopefully, Kingpin’s Illicit Network will help me keep the pressure on the Secures.

My opponent TT cards are Special Delivery, Stalworth Determination, Patch-Up, Medpack and Disarm. With two healing cards to keep She-Hulk going, my best option may be to simply stay away from attacking her. At the very least I do not have to be as concerned with a first turn Special Delivery, as Wasp only moves Medium while large. That also means turn 2 is going to hurt a lot and my Disarm must be placed on She-Hulk or I will have some dazed characters.

Deployment is pretty important and doesn’t go as I would have preferred. Kingpin, Taskmaster and Bullseye are on my left flank with M.O.D.O.K. and Okoye on the right flank. He place Black Widow, Enchantress and Okoye on my left with She-Hulk and Wasp on my right. I would have liked to have Kingpin on the side with She-Hulk to apply Stagger, but he holds her for the final deployment and I decided I don’t really want M.O.D.O.K. getting moved around by Enchantress so I put him on the other flank.

The first turn goes pretty much as expected. Kingpin, Bullseye and Taskmaster move up to control the same Formula canister while M.O.D.O.K. and Okoye move to the other one. Taskmaster and Okoye pick up the Citizens. She-Hulk and Wasp control the canister in front of them and Enchantress, Widow and Okoye huddle around the other Formula. She-Hulk and Widow are holding citizens for my opponent. After the first round, it is 4-4.

Round 2 ensues and I decide that Kingpin needs to get in there and he moves up the board once, attacks Okoye, dealing only 1 damage and then throw her to the middle of the board. He does Stun her, but with the A-Force affiliation, I don’t know that it will matter. Here comes a Special Delivery from Wasp bringing in a big green lawyer. The free attack from She-Hulk is sent into Okoye and does 1 damage and Slows her. Wasp swings at her and does no damage. Okoye is simply a monster on the table.

First things first for my next turn, Okoye and M.O.D.O.K. Disarm She-Hulk and Okoye gets out of dodge and double moves to the now empty Formula point on my opponents side. His Okoye moves back to the same position before Kingpin threw her. M.O.D.O.K. toss a pair of Psionic Blasts into Wasp leaving her at 1 health and with the power from that damage and 2 Sap Power, he throws a size three truck at her to daze her. Black Widow does nothing. Taskmaster double moves to the middle of the board to get away from the extract stealing Enchantress. She-Hulk swings at M.O.D.O.K. twice, doing 4 damage and then throws him into Okoye. I use Brace for Impact to negate the damage. Bullseye moves out to get line of sight on Okoye and uses Hit and Run to move back to the canister. He doesn’t damage Okoye but does get the wild, so she has Bleed. Enchantress responds by walking twice to my left side Formula and uses Siren’s Call to move Bullseyes off of the point. My opponent score 5 points and I get 3 so he is up 9-7.

Round 3 starts and I need to make up a lot of VP because, with the A-Force affiliation bonus and the Infinity Formula, She-Hulk and Widow can evacuate the citizens at any point to score a fast 4 VP. Kingpin Headbutts Okoye and dazes her. He uses Climbing Gear to move within range of Widow and attacks. Needing to daze two characters have Martial Artist isn’t ideal, but I need to get the citizen off of Widow. The attack only does 1 damage. Kingpin throws Widow towards the middle of the board so Taskmaster can move in and try to finish her off. Wisely, my opponent activates Widow and moves twice into the far left-hand corner holding a citizen. M.O.D.O.K. is up next and tries to KO Wasp and comes up 1 damage short on the first attack. The second attack goes into Wasp, she shrinks, now that she has the power to do so and the attack is Bodyguarded by She-Hulk but only does minimal damage. M.O.D.O.K. uses Bow to the Will of M.O.D.O.K. to move Wasp toward Taskmaster. Bullseye pays 2 power to attack Enchantress with her natural 2 physical defence, I am hoping for 3 or 4 of damage so I can Hit and Run back to the Infinity point and potentially daze her. Sadly, the dice are not with me and I do 2 damage and with little other option, he uses Hit and Run into 5 defence dice on Enchantress doing no damage but getting back on the Formula point. She-Hulk activates, uses Medpack on Wasp and stays on the Formula point. Taskmaster double moves onto the same point as She-Hulk to get me a point instead of my opponent. Enchantress moves Bullseyes off of a point, then moves towards Kingpin to do the same there, denying me 2 points and getting himself one more. I score 4 VP and my opponent scores 3 bring us to a total 12-11 in my opponents favor.

Going into Round 4 I am in a really bad place as my opponent is only 4 VP away from victory and is holding 2 citizens on characters with 6 power each. Black Widow is chilling out in a corner far away from everything so my only out at this point is to deal with She-Hulk and her 16 remaining health. I play All According to Plan to gain initiative. M.O.D.O.K. activates and needs to get some serious work done. He attacks She-Hulk needing a lot of damage or at least some wilds to get her down from 6 power. He does no damage but does Sap one power. He attacks again and Saps another power but does no damage. My opponent attacks Okoye with Wasp to no avail. Okoye evacuates her citizen for 2 VP. Black Widow evacuates a citizen bringing my opponent to 14 points. With minimal options remaining, I swing for the fences and try to take out She-Hulk with Taskmaster. My attempt is an utter failure. My opponent is able to get 2 power to evacuate the citizen on She-Hulk and win, 16-13.

We had a great match that was close each round. Enchantress owned half of the board and with the A-Force affiliation bonus, she had the power to do anything she wanted and what she wanted was to move everyone, everywhere. I purposefully didn’t do a lot of chip damage from throwing into terrain, to try and slow down the power gain by my opponent. In hindsight, Round 4 might have needed some of the same strategy. She-Hulk was down to 4 power after M.O.D.O.K. sapped two power and maybe running Taskmaster away from her and trying to make it harder for get to 6 power and evacuate. If that was done, I couldn’t attack anyone else for the round and I doubt I could have made up the 1 VP difference to force another round.

With a 2-1 record going into week 4 and the option to tweek the roster, everything is still looking good but there is little room for error in the next matches. I am always happy to have more wins than losses, but making the cut would be terrific.