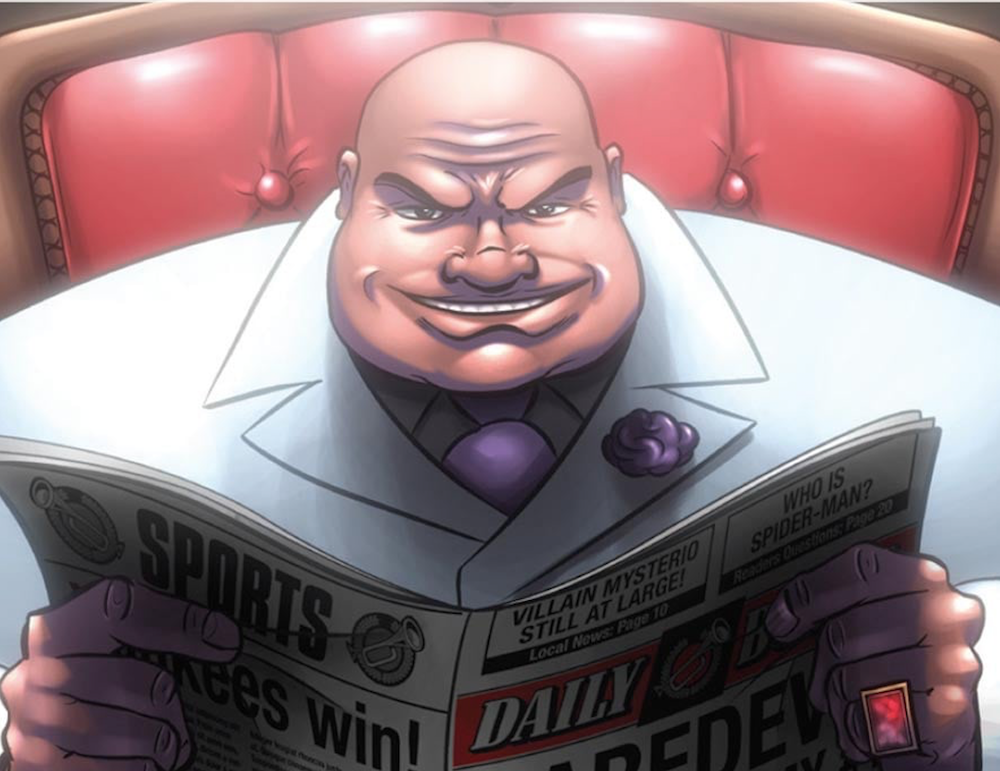 So, first off, my apologies for the delay in the Week 4 report, but as happens, life gets in the way of gaming. With that said, I will give an abbreviated rundown of weeks 4 and 5 to get caught up.

Going into week 4, I am 2-1 with little room for error. I am paired up against a Black Order roster. BO is a rough matchup if they are rolling hot. I win priority and get to pick between Consoles and Gamma Shelters. In hindsight, I should’ve gone with Gamma, keeping the threat low and scoring fast but I was in a hurry as the game took 30 minutes to get going due to my computer being a pain and I was terribly frustrated when we started. My opponent selects Struggle for the Cubes and we are playing at 17 threat.

I select Kingpin, Green Goblin, Bullseye, Taskmaster and Mystique. I want faster moving characters to move around the board and score 3 of the secures while trying to get at least 2 of the cubes. My opponent goes with 9 point Thanos, Time and Mind Gem, with Corvus, Reality, and Proxima. He puts his 3 characters in the middle. I place Mystique and Bullseye central, GG on my right and Kingpin, Taskmaster on the left.

I hate to admit it, but in hindsight, the match was over after the first round. I move Mystique up to get the middle cube. He uses Thanos to move her closer, moves twice to my side of the board to pick up 2 cubes and the Time Gem to move back to the right-hand console. Proxima dazes Mystique easily, Corvus picks up the cube she drops and the last close one to his side while scoring the far console. Taskmaster picks up a cube from my left flank and end on the console. Bullseye gets the back console. GG moves to towards the far console The score is 6-3 at the end of round 1.

The next 2 rounds don’t go any better as Mystique is KOed, getting my opponent another VP. I have no way to get close enough to Thanos with his ability to move at least 2 of my characters and he is scoring 3 points a turn. GG tries in vain to deal with Corvus, but he isn’t close to offensive enough to do so effectively.

At the end of round 2 it is 13-5 and the match ends at 20-8. Wow, that was a beat down. I have played against BO enough to know how to play against them effectively, but my head wasn’t in the right place and I was rushing everything. Nothing against my opponent, he had a plan and carried it out flawlessly. Now, I’m 2-2.

With the small chance of making the top cut gone, I can relax and play for nothing more than fun, which as it were, is fun. Week 5 is another A-Force matchup. I need more games against them and am looking forward to it. I win priority and have a choice between Formula and Consoles. I chose Formula and my opponent selects Herbs. I want to take M.O.D.OK., so I go with 17 threat.

Herb is a good scenario for Syndicate so I’m hoping to score a lot of points quickly before She-Hulk can wreck my face. My team is Kingpin, Taskmaster, M.O.D.O.K., Mystique and Okoye. My opponent selects She-Hulk, Angela, Shuri and Wasp.

Wasp is on my left, She-Hulk, Angela and Shuri are on my right. On my side, it is Taskmaster on the left, Kingpin and Mystique in the middle with M.O.D.O.K and Okoye on the right.

My gameplan is pretty simple for Herb, pick it up with Taskmaster, pass it to Kingpin and pass it to Okoye. I usually try to have Kingpin at the Herb Vessel due to his size 3 and survivability, but he is needed to defend against my opponent scoring the his Herb. Mystique is around to pull back his Herb runner.

Kingpin moves to the close Formula point and waits. Okoye moves up towards the middle to get ready to receive the Herb and still be able to Bodyguard for M.O.D.O.K. There is a size 4 radio tower behind the right side Formula that M.O.D.O.K. can rest against to stop Shuri pushes. I send Mystique way too far up the board expecting my opponent to be more worried about M.O.D.O.K. than her, I was mistaken in that assumption as Angela did what she does and dazes her easily. Seems okay with me that Angela is staying away from M.O.D.O.K. so I’ll take it. He plays She-Hulk very aggressively and moves her twice and throws Okoye to the middle of the board to stop Bodyguard. This leaves her in range of M.O.D.O.K. without moving, so he Psionic Blasts her, uses Climbing Gear with the power gained to get to the point and hits She-Hulk again. He does 5-6 damage, not great, but you have to start somewhere. Shuri moves to the far point, scoring it. At the end of round 1 it is 2-1.

My opponent decides clear out Mystique with Shuri. With the power from some chip damage from Okoye’s round 1 attack, Shuri Sonic Crushes and KO’s Mystique. Expecting an early Special Delivery, I decide to focus my efforts on clearing and controlling the half of the board with Kingpin and Taskmaster. Taskmaster does his job, like usual for me, and dazes Wasp with a 6 dice strike, passes the Herb to Kingpin and moves to the formula point on my opponent’s side. She-Hulk picks up the herb and throws Okoye into M.O.D.O.K., I use Brace for Impact to keep damage off of M.O.D.O.K. I probably should’ve waited as he is using a size 4 terrain piece as a backstop. She-Hulk gets a swing on M.O.D.O.K., but Okoye takes the hit and is dazed. Now begins the worst part of the game, as my opponents Angela became a pacifist and could not do significant damage to M.O.D.O.K. for the rest of the game. M.O.D.O.K. attacks She-Hulk twice again, doing modest damage, then moves both Angela and She-Hulk away and Medpack himself. Kingpin doesn’t move as there is no one close enough to pass the Herb. I go up 5-2 in VP as I’m scoring 3 formula secures to his 1.

The next two rounds are really more of the same. Wasp abandons the left side of the table to Special Delivery She-Hulk who had been pushed out of position. A free attack into M.O.D.O.K. gets Bodyguarded and Okoye takes minimal damage. Okoye decides to unleash a can of whoop-ass and does 9 damage to She-Hulk with her Vibranium Spear Thrust, as she gets the wild to pierce and flurry. She-Hulk takes that personally and removes Okoye from the game and Medpacks. It took both attacks, so M.O.D.O.K. is still around. He now has Angela, She-Hulk and Wasp all up and in his Kool-Aid. He uses Doomsday Chair on She-Hulk and Wasp. Some chip damage on She-Hulk and leaving Wasp on 2 health. He finishes off Wasp with a mystic attack and pushes She-Hulk away again. He holds onto 3 power so I can steal priority with All According to Plan since I expect him to get dazed. Angela cannot get it done and the dice are not with my opponent. M.O.D.O.K. is alive with 4 remaining health, most of the damage came from the size 4 terrain piece. Kingpin and Taskmaster have no plans to move from the points they are scoring. Shuri is able to push M.O.D.O.K. off of the point to even up the scoring for the round at 2 apiece and 7-4 overall.

I have priority and daze Angela with M.O.D.O.K. My opponent realizes he needs to score the herb to catch up in points and send She-Hulk in that direction and tosses some terrain at Taskmaster doing a couple of points. Shuri doesn’t have any targets so she moves towards the middle of the board while still scoring the formula point. Kingpin and Taskmaster are still hanging around, waiting for some action, but scoring points. I steal priority in round 5, the latest I’ve ever used All According to Plan, but like most TT cards, the later in the game you use them, the more powerful they are. M.O.D.O.K. KOs Angela. She-Hulk walks and punches Taskmaster, who survives the punch. She-Hulk is at 16 damage, Taskmaster performs his counter attack for 1 damage. On his turn, he is able to daze her with Pneumonic Technique and return to the formula point. At this point, my opponent calls it.

A win always feels good, especially after two weeks of losses. To be fair though, M.O.D.O.K. should have died in round 3, maybe 4 at the latest, but Angela couldn’t finish him off, even with Heven’s Wrath adding 4 dice. Wilds not counting as successes is ridiculously strong, as is M.O.D.O.K.

Onto the last round, 3-2, hoping to go a respectable 4-2. I didn’t make any changes to my roster at the midpoint. I think GG is dead weight and I need to think about adding in a pet for the Criminal Syndicate.