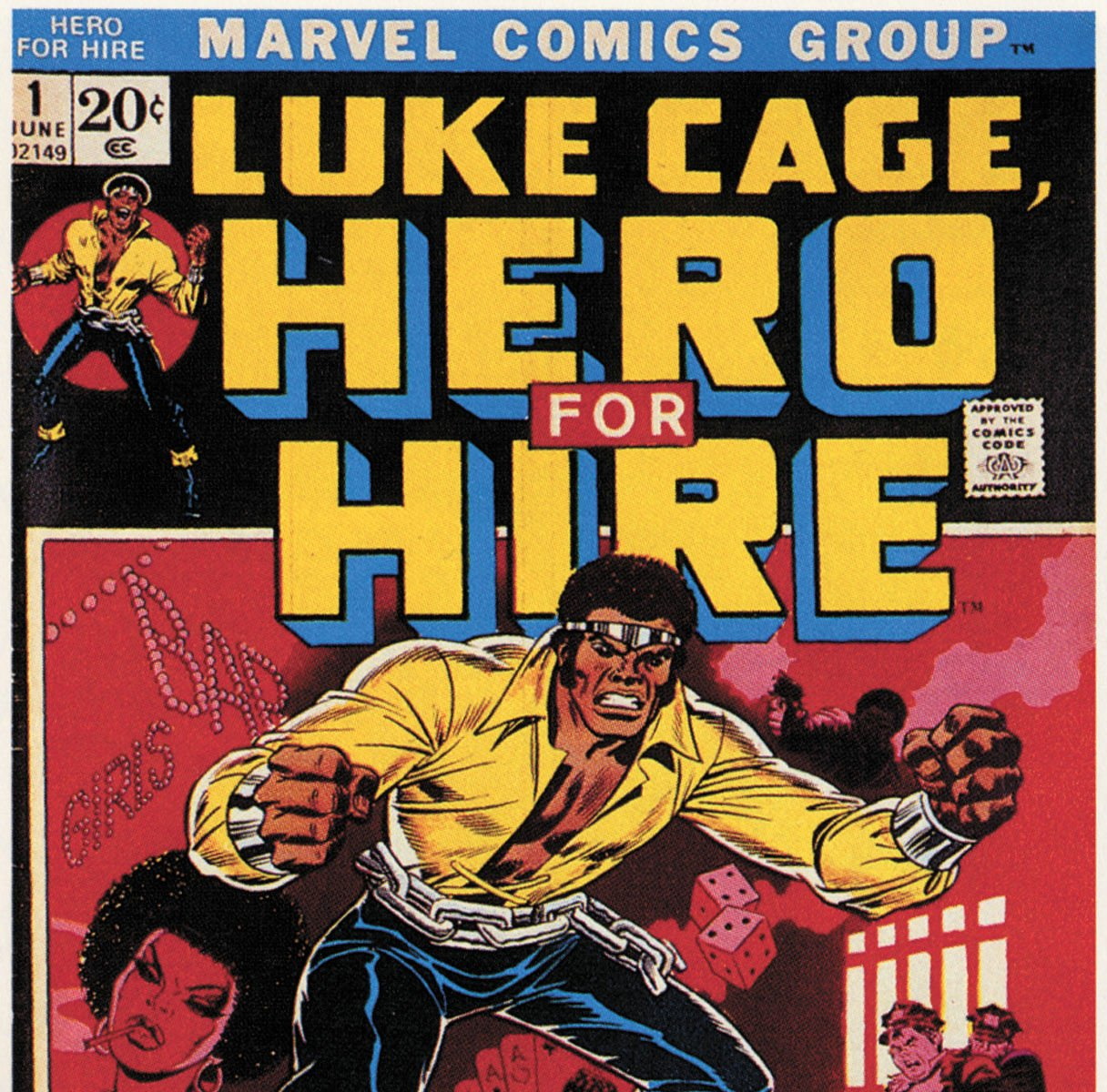 JUST when I thought I was going to clock out and relax for the weekend, AMG goes ahead and drops THIS into our laps:

Luke Cage has been on the top of a LOT of people’s wishlists ever since he and his iron-fisted partner were hinted at on the horizon. But, does he live up to the hype? Let’s dig in!

First off we have quite the solid stat block for a 3 threat. 11 stamina, medium move, size 2, and a respectable 4/3/3 spread. Combined with his Unbreakable Skin (more on that later) he makes for an efficiently durable piece all around. Just what I’d expect from Power Man. It’s also a wonderful base for Doctor Strange to work on if Cage is taking the brunt of the focus in a Defender’s team, taking his defenses from solid to impenetrable, and being able to heal any damage that somehow manages to get through in a pinch.

Speaking of Power Man, Power Man Punch is the attack that has been drawing a lot of discussion on the forums since it was hinted in his Panel 2 Play had a stagger trigger on his builder. And… wow. Standard r2 five dice builder with power/damage, but if you manage to get 2 wilds you get to stagger? I’m sure Jacob will break down the math on Xavier Protocols soon, but without significant reroll support I wouldn’t be banking on triggering it any time soon.

Sweet Christmas is in the vein of Wolverine’s Berserker Barrage or Kingpin’s Hail to the King, big 7 dice finisher with a throw trigger and maybe some statuses thrown in. Admittedly those two other attacks are arguably better for cheaper, but those are 4 threat characters so it’s kinda to be expected. Still, I’m happy he can dish out the suffering just like the big kids when he’s got enough power on him.

Street Fighter is a welcome, if underwhelming addition to his kit. Not being able to throw characters is very saddening, and the size 2 limitation combined with the range 2 grab and short throw all combines into something that isn’t going to be the main draw of his kit. That said, if you’re wailing on someone and are a damage or two short of dazing them, go ahead and throw the car at them!

A reskinning of Black Dwarf’s Intimidating Presence, it’s hard to evaluate this exactly. Black Dwarf has historically had problems with extreme slowness and a vulnerability to control, which means he’s never been able to leverage his Intimidating Presence in a big way in organized play. Luke Cage, however, is MUCH faster. Will it be enough to make this inverse Bodyguard worth it? Only table time will tell.

Finally we come to the defensive passives that shore Luke up – Unbreakable Skin and Immunity [Bleed]. The latter is more thematic than relevant to the meta (but still a welcome addition), Unbreakable Skin is the big selling point. With 4 physical defense and Unbreakable Skin, physical/throw heavy teams are going to have a hell of a time chewing through his 11 stamina. And unlike some of his beefy physical defense colleagues at 3 threat, he doesn’t get significantly worse against energy or mystic. He might be pushed around or advanced out of relevance, but expect your opponent to put a fair amount of work into it if they need to take him down.

Overall I’m reasonably pleased with him. He’s in many ways a budget Black Dwarf in a more welcoming affiliation, and might be an attractive splash pick for teams really lacking an ultra-tanky frontline 3. Jam him on the middle of Gamma and make it difficult for your opponent to get in range of M.O.D.O.K. without finding him too dangerous to ignore. Leave him alone on a flank on D and see just how much punishment he can take. The lack of a character throw is a bit concerning though for control matchups, though. If he’s constantly getting pushed away and has to move back without displacing his opponent is he doing enough work? Maybe with some support his stagger trigger is consistent enough that it works as the control effect he needs, but dice are dicey. The tactics as hinted in the box also sound promising (lethal protector but with a throw? yes please!) but only table time will tell the full picture of Power Man and his partner.

Edit: stream screenshot of the tactic mentioned above

Finally, if you’re looking to play some Netflix Defenders and haven’t preordered this box yet may I point you in the direction of our WONDERFUL sponsors: