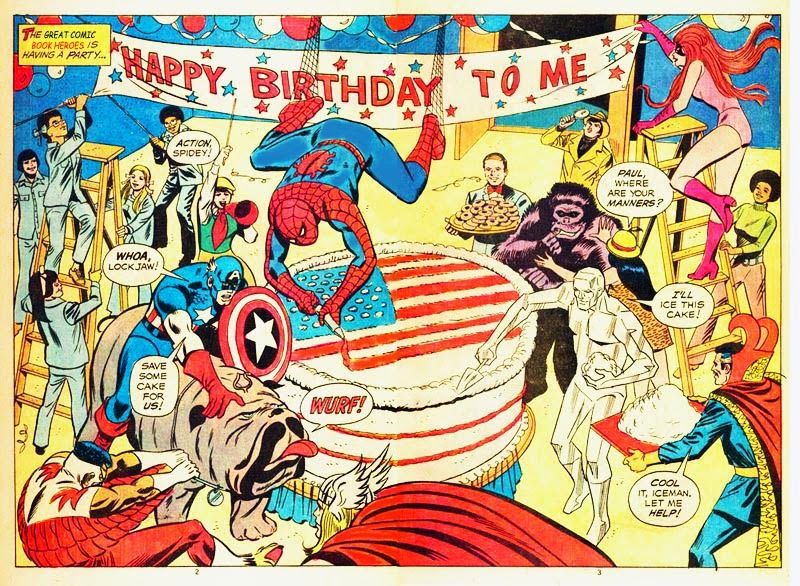 Our long global nightmare is over: HIRED MUSCLE IS BANNED. Oh, and Panic / All You’ve Got are restricted as well.

For those of you playing in the TTS leagues or listening to podcasts, you know that HM/Panic has been the scourge of the game since Season 4 started. Thankfully most people entered into handshake agreements to not play it a lot of the time, but it created this awkward tension between doing the right move to win and having fun. Finally AMG has stepped in and saved us from ourselves (and big props to them to as with COVID there hasn’t really been IRL organized play to necessitate this). I’m here to take a quick look at how these changes are going to alter the meta for a few affiliations/characters.

If you want to get into the dev’s reasoning, there’s a wonderful ATB episode with both Will Pagani and Will Schick you can check out here:

The first thing on everyone’s mind is of course “How is Asgard going to play after this?” and I’m here to say: just fine. In fact I’m not even sure this is that much of a nerf. If you aren’t asking that question and haven’t heard of Dashgard before you might want to check this wonderful primer out https://totalaccessgames.com/blogs/turn-zer0-gaming/roster-tech-dashgard-by-utilitycookie

Sure, Panic into someone without a strong response is one of the greatest matchup imbalances in the history of the game, but I feel the online community did a good job of knowledge sharing and people knew how to play a balanced game against it. But there’s one asgardian in particular who’s key to the post-HM world:

Angela is now without a doubt the premier extract character (at least until Amazing Spider-Man arrives on the scene). In fact there are literally more crises that she can abuse her single move to midline pickup on than you can take:

And I’m not even counting the rolling extracts like Skrulls/Alien ship. If you have priority and Angela you’re guaranteed a diceless advantage on extracts. If you don’t have priority, Angela threatens to kill anyone who goes for a midline objective, and if they don’t just picks it up as if you had priority in the first place. So yeah I’m feeling pretty OK with Asgard’s future. Especially since they now free up the slot that Hired Muscle used to go in (and perhaps no longer need Advanced R&D if they aren’t doing evacuation drag racing). In fact there is a very real chance I play Asgard in Season 5 either single or dual affiliation.

I think a lot of people are also curious about the additional tax of All You’ve Got for M.O.D.O.K. towers and as a single minded M.O.D.O.K. aficionado I’ve got to say, eh? I feel like with Field Dressing being restricted already All You’ve Got was a bit of a hard sell for him. He REALLY likes Medpack and Brace, and when he got dazed I found my opponent often had solid strategies to prevent me from propping him back up.

With All You’ve Got moving into the restricted space, I think the era of All You’ve Got M.O.D.O.K. is entirely over. Maybe you could convince me to cut Medpack OR Brace but not both for the full combo. And TBH that’s fine, M.O.D.O.K. is still the premier 5 threat out there for pure punch, how badly do we need to dial him up to 11 really? Bitter Rivals and perhaps the occasional Blind Obsession (remember dice pools can only go as low as 1 so if they’re attacking you with Physical you’re only losing one defense) should be enough to punch through (almost) anything.

She-Hulk’s star is going to rise a fair bit from All You’ve Got being restricted. How many teams can actually one round her without All You’ve Got? Outside of some insane flurry plays or a big Magneto throw chain, you’re going to have to chip away at her. And since you can’t get yeeted into oblivion, A-Force players can throw her even more aggressively into more matchups. I also wonder if the difficulty to kill her entirely raises the stock of Patch Up for a restricted slot for her as now you can play for a long attrition game. Hell, splash Doctor Strange so you can heal her every round (don’t do that its not worth).

The main reason why this B&R is such a celebration IMO is that by killing the Hired Muscle plays ENTIRELY, basically everyone in the game has freed up a tactics slot. Criminal Syndicate threatening counter-HM to force a fair game? Stick in Cruelty or Shadow Organization to further ratchet up your Wakanda matchup. Just one slot short of making dual affiliation work? Go hog wild now. This is going to be a huge move to diversify rosters not just in their tactic/crisis selection, but what characters and affiliations are now “allowed” to hit the table. Perhaps crazy Thanos teams that were limited similarly to She-Hulk get more weight. Perhaps a new breed of crazy extract / secure plays begin to flourish. All I know is the future is bright.

That’s going to be it for this quick installment of The Clinic! Let me know in the comments what you’re excited to test in this exciting post-BNR update world.