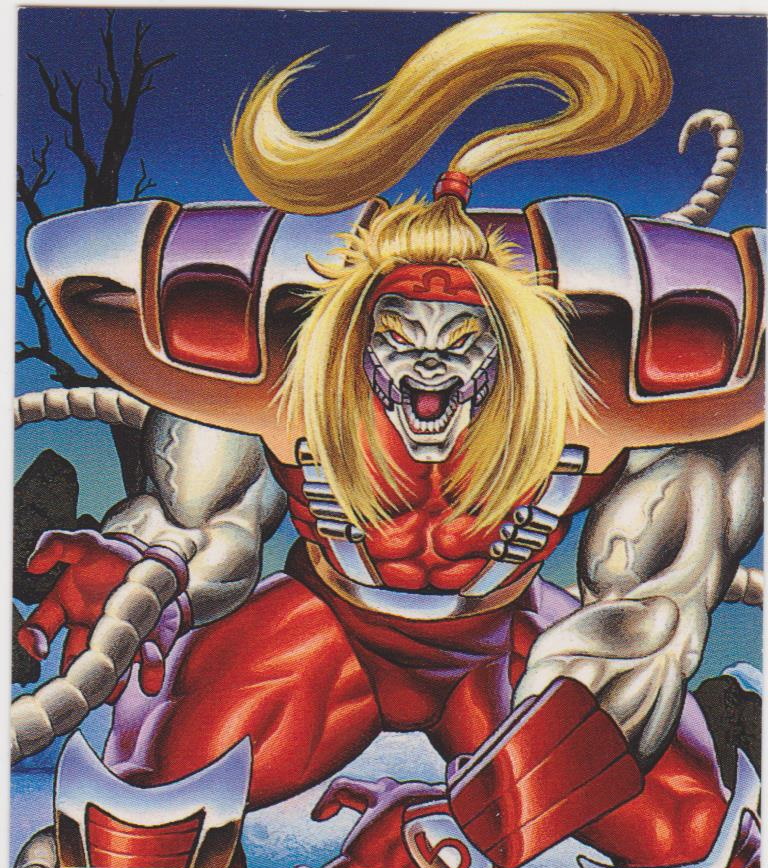 Another Thursday, another First Impressions! This time, Omega Red!

From the height of the Wolverine manliness era of the 90s, Arkady Gregorivich Rossovich is a serial killer reborn as Omega Red as the product of the KGB’s equivalent of the Weapon X program. Implanted with Carbonadium tentacles, he sucks the life out of his enemies like some kind of weird 90s macho vampire. But is his card as wild as his comic origins? Let’s find out!

A solid, if uninspiring, set of base stats. Compared to his closest analog in Venom, he has 1 less stamina and a more balanced defense pool. Personally I’d prefer 4 physical defense and 2 energy like Venom, but the other parts of his kit might set him apart defensively.

Now this is a builder I can get behind! Healing 1 every time you damage with a solid builder like this is cash money. Between this and his damage reduction passive (more on that later) he will be VERY solid for fighting 1v2 on a flank and doing his level best to not die.

To me this is very reminiscent of Ultron’s spender, but better. Absorb Essence is essentially the bizarre lovechild of Pierce and Sap and I’m here for it! Pair this with some reroll support to force a wild and you’re sure to inflict some serious pain. At 4 power I’m unsure how much you’ll be using this considering his other superpowers, but its always nice to have an option to go big after being dazed.

This is one of the wackier abilities to hit a character card and I’m here for it! R2 and poison can be a bit tricky but between the other elements of his kit it definitely seems doable. And non-negotiable damage is always solid. Reel in a Web Warrior or Black Panther and give them a bit of Death Factor before hitting them with your coils to get the health back (hopefully, a 5 dice builder will be a bit dicey for damage into such physically resilient targets). The timing of how Omega Red applies poison is a bit annoying for using this proactively so it’s probably a good idea to have other sources for poison application in your team.

Another element of his Venom similarity, a medium yank towards him is just what you need to get up close and personal for some Death Factor. It also makes Omega Red weirdly a great scenario player being able to pull people off of points from a pretty far range, ideally into the range of his r3 attacks to pair the scenario play with some more in-character attrition.

Flat damage reduction is such a nice element here. Between his solid if not outstanding defense pool and 6 stamina, all but the heaviest of hitters are going to struggle to reliably 1 round Mr. Rossovich. And if he lives that means he gets to either wail on you with his spender, or more likely throw around some coils to heal back up. Not quite the same drain-tankiness as Venom but a solid package regardless.

The passive that enables Death Factor, Death Spores hands out poison to all nearby enemies at the end of either their activations or his. This makes it VERY unappealing for characters to walk near him which will be great with smart deployment. Playing against a team with a bunch of characters who can only do stuff at r2? Place him on the same flank and drop him on a midline scenario element, daring them to come up and face him knowing they’ll take some tentacles and death factor next round.

Overall I find Omega Red… interesting. He’s part drain tank, part unique scenario piece all 90s machismo. At 4 threat I do wonder if he does enough overtly powerful stuff to compete for the same spots that Enchantress and Medusa go into but I think wherever he lands as an affiliated piece he’ll be welcome. Perhaps if he goes the traditional bad guy route of being in Cabal, he could find a home in higher threat Sin Cabal games. I could also see playing him even unaffiliated in Criminal Syndicate on Fisk/Gamma/Terrigen where you make people clump up or cede the point then last activation move him onto the point to score / hand out poison for next round. But one thing’s for sure, I can’t wait to see what weird plays people use him for on the game table!

Finally a shout-out to our partners who always have the most metal deals on MCP online: