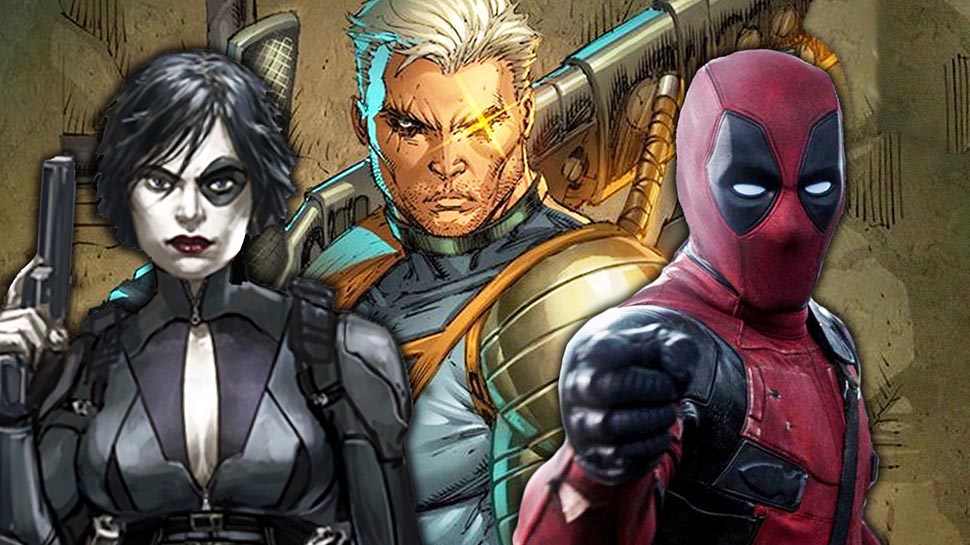 Hey guys! UtilityCookie here and back with another affiliation series, this time: X-Force!

In this series I will try to guide you through my thought process in building a hybrid X-Force roster. This series will not focus on X-force alone but will branch out a bit into another affiliation to help the X-force core on scenario’s where spread out play is more beneficial on the crisis combination.

So I ask you, do you like to change the odds in your favour? Want to keep rerolling dice till eternity? Do you like to threaten your opponent on the first activation of turn 1? Then X-Force is just the affiliation for you!

Now that we know our Crisis and our 10 characters it is time to look at the final part of our roster: Tactics Cards.

Tactics Cards
Altough we are running two affiliations that both have a different playstyle, there is a strong overlap in tactics cards that they both will make good use of. And as you will soon find out the Sin side of the roster does not require you to think about which ones to bring, the 5 are already chosen for you! (Some might say this is bad but the 5 are all stellar cards, I do not believe in ”surprising” the opponent with your tactics picks, I’d rather just have them know what I pick and it all just be plain good stuff.

As a side note I do want to share that while the consensus is that you always pick two restricted cards, I actually do not do that all the time with my rosters. That being said, this roster does use two of them. 🙂

There is always a lot of debating whether to pick Field Dressing, Brace or Medpack. The reason I usually have to not pick Field Dressing is because of the high cost to pay. Luckily this roster generates loads of power through all the rapid fire attacks so that will not be an issue. The X-force side likes to huddle around Zemo and therefore stay in close proximity of each other. Which will likely mean you do not have to move before using Field Dressing and thus can activate with the Field Dressed model right away.

The Sin side has a more ”spam” approach, which also gets more mileage out of Field Dressing allowing you to keep your wider list around longer.

Since we are taking Field Dressing I prefer a card that also says NO.
Both Brace and Field dressing can just waste actions from the opponent, with Medpack you need to hope you survive.
Not much else to say about Brace, solid card all around.

This is a card that I do not see often online, but is very popular in my local meta for good reason. Let us look at our models, Deadpool/Mystique/Sin/Domino, they all have ways to gain extra attacks. That is some sweet mileage out of two extra dice on each of those attacks!
Deadpool next to Zemo while Blind obsessed has some crazy damage output and has some good chances on extra bang attacks. And what about Sin under Blind Obsession and Dark Reign!

Two other models that can good use out of this card are Nebula and Zemo, while they do not gain extra dice they do get full rerolls on attacks. Again gaining more mileage out of Blind Obsession that way. Nebula is especially nasty on a flank. If they attack her, they are not removing scoring models, if they do not attack her she is removing the Blind Obsessed model like crazy. A round 1 move and shoot wil give all these models the three power they need to play it round 2.

The ”third” restricted card that is not restricted. (yet)
I personally hate how much impact this card has and lately all my games seem to be both players running this card. Makes games pretty dull in my opinion but hey it works.

A very underrated card that has won me a few games on it’s own.
Our gameplan is to shoot opponents at medium to long ranges (3-4-5), the current meta playstyle is to hang back with a point advantage. So if our opponent goes for that and we have a Blind Obsessed Deadpool takiong down their extract carriers at range 4 they have to switch to a more aggressive playstyle to catch back up. That is the round where this card comes into play, suddenly all your opponents models will have to be in close range to deal damage to your extract carriers or secure sitters. Giving you a big advantage in attrition. I’ve had a couple of games where I used this Round 2 vs an enemy M.O.D.O.K., he could not get his power train rolling this way and really hurt the opponent with such a big core character doing nothing.

Another card that does not get much love, the use is very simple, get Cable 2 further up the board so he can double tap models round 1. This does a couple of things:
1. You might just straight up daze certain models, remember that okoye everyone thinks is so strong. Well just shoot her from range 5 and she does not count blanks (Why do I see so many people attack her within range 2….).

2. This will get his power train rolling from round 1, allowing you to throw something big early on in the game ore hand out extra defense dice for your already defensively teched models.

Another straightforward card, lots of Cabal characters that can benefit from it while also having more than 2 attacks potentially through rapid fire leading to more value. Having Sin and Crossbones activate right after each other under Dark Reign can remove almost any model in the game.

This card does not come into play often but is more of a counterpick vs some matchups (like Black Order). I like to run Sabretooth and Deadpool vs Black Order, both of these models can put damage through in different ways on their models, either trough volume of attacks or through counter attacks with bleed. This card can in turn really shunt a Corvus who wants to power up through a 7 dice strike counting blanks, basically wasting all the power used by your opponent and stopping Corvus from going off since he will at most be gaining one power from such an attack.

I hope these three articles have helped you in your first steps with X-force. Don’t be afraid to try and improve/expand on these guides with your own tactics and cross-affiliations. You might want to replace Sin, Crossbones and Sabretooth for Storm, Beast and Wolverine. That way you dual affiliate with X-men opening up an entire different playstyle while still being able to do the stuff described in these articles.

That is it for now on X-Force. When, and if, they recieve more models for the affiliation I will revisit them and see if I can create a mono X-Force roster.

You can always reach out to me on Discord if you want to discuss tactics or talk MCP.