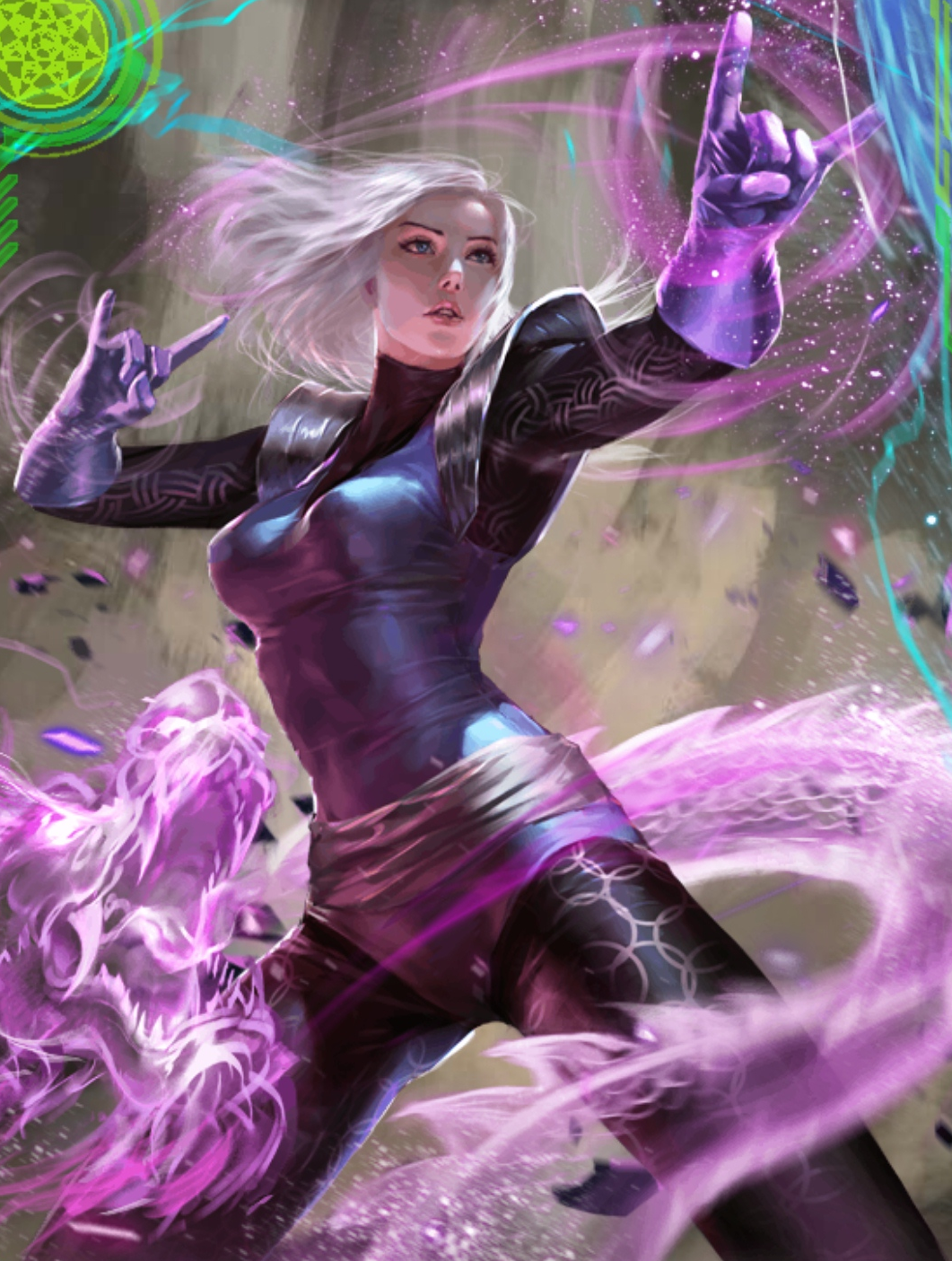 Another Tuesday, another First Impressions! This time – Clea!

Not to be confused with American scammer/phone line psychic Miss Cleo, Clea is a denizen of the Dark Dimension who has been Strange’s romantic interest and ally over the years. She’s even ruled the Dark Dimension from time to time, with a wacky cavalcade of powers in line with any old school Strange character. Does she live up to her comic origins? Lets find out!

French vanilla stats – 10 stamina, size 2, medium move are all standard for a 3 threat, supplemented with a 2/3/4 defensive statline. There is no defensive tech on her card either, unless you count immunity to incinerate (which might count considering the amount of Incinerate coming into the meta recently between Demons Downtown, Cable, Sin/Crossbones and perhaps Ghost Rider) so she will go pop at the drop of a hat. Unlike Mordo who can at least live at range 4, Clea’s only builder is range 3 so unless youre willing to relegate her to a back point she will be under constant threat of getting looked at funny. That said, with the revelation of Iron Bound Books of Shuma-Gorath, perhaps her survivability will be up to snuff.

4 dice, range 3, flat power generation and a wild bleed. Solid if uninspiring, perfectly in line with what a supportive character’s builder should look like. You’ll be happy to use it if you can’t find a better use for your actions but it’ll never match up to dedicated fighting 3 threats.

Okay, now we’re talking. A range 4, 6 dice equivalent of Enchantress’ spender, with different (trickier?) triggers. The extra range is extra nice due to the fact that Clea will be hanging towards the back of any team she’s in, and conjunction with her power generation capabilities she can do this EVERY round if sufficiently motivated.

A carbon copy of Red Skull’s Cosmic Cube (on the healthy side) with an important difference – unlike Red Skull who starts with 6 stamina, Clea can daze herself first round using this. Sure, it’s a 0.003% chance of happening but at some point it WILL happen to someone and they WILL swear off Clea for the rest of their life. If you ever catch this happening on video, PLEASE send a copy to me because it will warm my heart. As mentioned above she can use this to use a spender every round as long as you’re willing to risk death, but it also will be key to pushing out her other great superpowers too. In general her reliance on this for power economy makes me leery of her vs Mordo because she WILL eventually kill herself with this, but if you’re willing to gamble she has a LOT of upside. Do also note that unlike Red Skull, Clea doesn’t take damage for blanks on her injured side, which is a nice tweak.

Storm’s throw on a character with better power economy is a welcome control tool. With how far back she wants to be it’s a hard sell on using it with terrain but removing enemy characters from points (ideally causing a collision with another enemy as well) is welcome. The one downside is Storm’s throw is often at its best when she can double move -> throw someone off of a far away point, and with Clea’s reliance on her Faltine heritage which costs an action it does limit her reach a bit.

Another throwback to Red Skull, a slightly worse Mastery of the Cube in terms of range, but absolutely welcome on a cheaper body. An excellent tool to undo pushes/bows or prep a character for attacking a target they’re dancing range against.

I already gave my spiel above, but this is an amusing bit of “defensive tech” on Clea’s card. Her defenses are matchup dependent if not outright bad, but at least they can’t get worse?

Overall I still am skeptical of her power economy but if she can get the power she needs and remain unmolested there are countless excellent support tools on her card to let her shine. I think she bears testing in any affiliation who can make her power rich – Skull Cabal, Inhumans, A-Force, Brotherhood all come to mind off the bat. Anywhere you can try and use less Faltine power to avoid burning away your life will be a solid home for Clea. Will she be meta relevant outside of affiliation though? I’m doubtful. Dedicated support characters outside of Lockjaw and Shuri have struggled to make a splash, and Mordo seems like a much more solid support character at the same cost. But if the game has taught me anything it’s that the game is constantly shifting and any character can be unexpectedly thrown into the spotlight at a moment’s notice.

As for Convocation specific Clea, I question her place. Sure she’s another cheap piece of an affiliation that wants to play heavily affiliated to leverage their tactics cards and leadership, but ATM the Convocation seems to be a collection of oddballs with strange utility more than output, except for Strange. Can you get enough punch out of Strange (and maybe Ancient One) that you’re willing to run a piece whose sole job is to sit back and unlock their full potential? Unsure. But I eagerly await the table time to find out