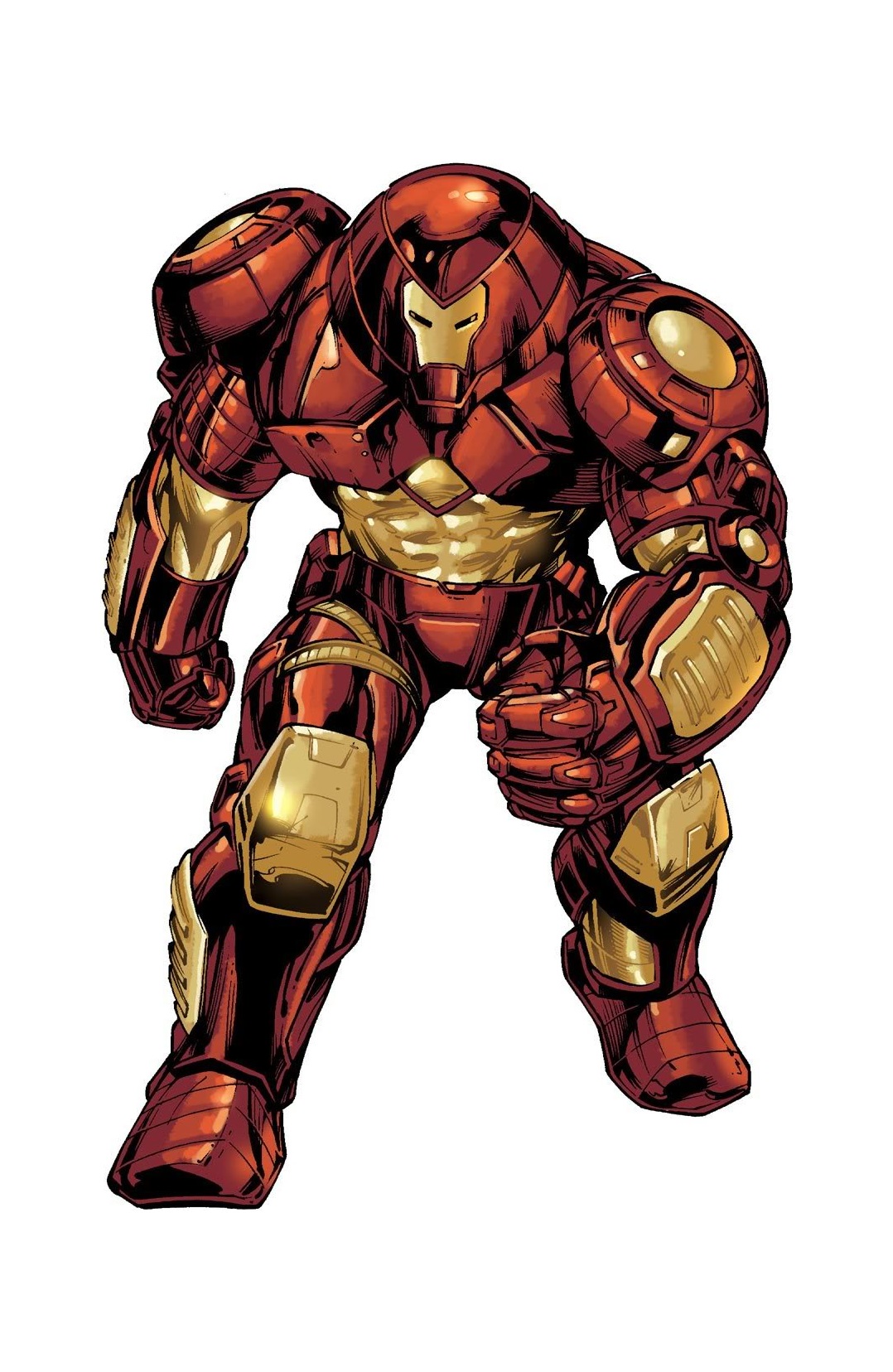 Another Thursday, another First Impressions! This time, Hulkbuster!

This episode is as some might notice a BIT later than normal – usually cards are revealed on twitter / the AMG site around 7am PT for which I make sure to be awake and caffeinated in time to give you my first impressions. But this is hot on the heels of the opening of the Ministravaganza, so things are going to be faster and wilder than ever before in this First Impressions episode! And here with Hulkbuster we have two cards to cover (which we will do in sequential order). But enough bookkeeping lets dig into the most hyped model in a while (at least for me)!

Honestly, pretty reasonable all things considered. 4/3/3 and 13 stamina is a solid front side to burn down, and while he doesn’t have much of a “back side” (more on that later) he is one of the tankier halves of a character out there. Arguably harder to one-round than She-Hulk or Thanos which is already a big selling point. To put this into perspective, one-rounding Hulkbuster is roughly equivalent to one-rounding both sides of Angela in one go, plus and minus defensive tech on both sides. And lets not forget the mobility that a base of his size gets with a medium move – this beefy boi will cover a LOT of ground on the table.

Oh wowza. Range three with 6 dice is already a solid starting point for any 5+ threat bruiser, and the upsides keep rolling from there. Auto-Push, and my new favorite thing in existence – guaranteed flat power on a power per damage builder. Every attack you can count on getting AT LEAST one power, which means you’re fueling all of Hulkbuster’s great ways of spending down. I can’t wait to double tap with this to get people off points, follow up with throwing a Size 4 piece of terrain and just chill with power up for his damage reduction.

Talk about another bombshell, this spender continues the tradition of quality attacks that Heavy Repulsor Blast set. No power generation for the target is already a great start, but a medium size 4 throw and explosive built in alongside 8 dice for 3 power is cash money. Thanks to his excellent power economy expect to use this as often as you feel – every round you can builder into a spender as long as you aren’t poisoned or stunned.

The first dud on Tony’s new digs, TBH. This is a super niche leadership and I don’t think you should take him as a leader unless you’re playing into Magneto Brotherhood or Asgard or something with a LOT of throws. But the option is there. Thankfully Avengers already have an excellent leader in Sam so you don’t feel the pain of such a niche leadership not mattering but just know that you shouldn’t be building around him as the only leader for your roster.

I love Hit and Run here – double moving round 1 onto a point, and following up with a Hit and Run builder into a guaranteed spender is not too shabby of an opening play. Or hell, move up once and hit and run onto the point after pushing your target off round 1 is a hell of a diceless maneuver, especially when he has a guaranteed power left over for picking things up / spending to reduce damage taken. You can even totally marginalize a M.O.D.O.K. or other slow moving heavy with a hit and run builder into a spender and push them short, throw them medium, and end up outside of even r5 of them if you send them max distance each time. So much of Hulkbuster’s power will be in using Hit and Run alongside your powerful and displacement heavy attacks to ensure you’re relevant on scenario while putting pressure on your opponents scenario pieces.

Size 4 terrain throws are always welcome. When you’re running hot on power it’ll be a nice way to stretch your damage and hit more targets. Admittedly I wish for this to be a character throw but considering every attack he does is displacement and he should be double tapping every round, giving a character throw on top of that would probably be too much.

Anyone who has played Criminal Syndicate or Black Order knows just how powerful damage reduction can be, especially on a 4/3/3 statline (there is compelling evidence that Hulkbuster is just two Kingpins in a Trenchcoat), but 13 stamina will really hit this home. Give up on EVER one rounding this bad boy unless you can layer multiple defensive debuffs and maybe stun/poison him. On top of all that goodness Built to Take It prevents pushes almost like Magneto’s defensive tech. Do note that this only works against attacks and not throws or other enemy effects that do damage, and must be paid for BEFORE the attack (which is better in certain situations).

Not much to say about the first paragraph here other than this is the mechanism through which we get to little Iron Man, we’ll go into his card in depth in a second. But the important thing is to think of Hulkbuster as the front half, and little Iron Man as the injured half.

But on the second paragraph – holy power economy, Batman! Between this and his builder he can have 4 guaranteed power in a round if he gets in a double tap scenario, and thats if his dice absolutely crap the bed. Expect to hit and run EVERY turn, and thats just the beginning. The more interesting question to me is how much power can you reliably expect – can he consistently trigger a Follow Me round 2? Or perhaps a Climbing Gear to retreat after double pushing someone short into oblivion? Because he’s one hell of a battery. But on to Iron Man!

Admittedly this is a fair bit worse than hulkbuster’s stat spread, reduced base size, stamina, and physical/energy defenses makes for a much more… kill-able model than Hulkbuster proper. But to be honest that reminds me a LOT of M.O.D.O.K. – once he’s on his injured side he loses his most important defensive tech and gets killed trivially by most teams once they get to activate. But unlike M.O.D.O.K. you lose your attacks for one that is (debatably) worse. Still not entirely sure where the pattern of Hulkbuster -> Iron Man exists in the game competitively but I know from past experience that an injured body this weak isn’t a dealbreaker.

Not entirely sure how to feel about Rapid Repulsor Blast. On one hand, rapid fire auto-push range 4 seems bonkers – if an enemy is within ~r2 you can push them outside of r4 easily with a single double tap. With that much displacement you can really limit the amount of attention can be profitably put into killing Tony once and for all. And as we’ll get into in a second Iron Man REALLY wants to hit 10 power if at all possible. If the positioning is right this is almost better than Heavy Repulsor Blasts – pure control and guaranteed power generation. But I doubt you’ll achieve the dream setup often.

This is the pipe dream. Remember, when ejected the tiny form has no power (though he gets to activate that round) so unless Hulkbuster goes down like… round 1 or 2 I would not expect to be able to pull this off. Especially because unless your opponent is braindead they will either leave Iron Man untouched or focus fire his fragile butt into oblivion. But don’t stop me from keeping the dream alive, I fully expect some players to ragequit their matches after leaving Tony on 1 stamina only for Hulkbuster to come back with a fresh coat of paint.

Toad’s slippery is a nice tool to make it a bit more difficult to one shot Iron Man though not TOO difficult – most characters with a size 3+ throw should be able to pull it off with throw -> attack. But on an easier flank this will stop most 3s and 2s from getting the job done. Admittedly using it probably means you won’t get to Backup Hulkbuster that game, but if he was going to die you weren’t anyways.

To round it out we have Flight and a passive dedicated to bookkeeping the weirdness that is Hulkbuster’s two forms. Not much to say here except notice that Tony is KOed immediately upon daze, he doesn’t stay around until cleanup like She-Hulk/Hulk so expect some very sad Flying Kicks in your opponent’s near future if they hunt him down.

All in all I am a HUGE fan of Hulkbuster in both aesthetics and rules. On his “healthy side” Hulkbuster is a mobile brawler who can dish with the best of them, while still providing relevant control. Once he goes down he turns into an incredibly fragile control piece, with dreams of regenerating his healthy side back. Obviously his value competitively will come down to how long can you reliably have him as Hulkbuster versus how quickly your opponent can burn him down and yeet Tony into oblivion. As for where Hulkbuster will find a home, Avengers is the obvious spot but I can see him anywhere you can funnel power into his injured side to make a heroic comeback (to discourage people from trying to take him out in the first place). Admittedly most good power generating affiliations have expensive leaders – She-Hulk, Magneto, Black Bolt etc, so it’ll be a hard sell to fit good ol’ HB into any of those squads over their affiliated upper cost characters. But I will eat a metaphorical shoe if this bulky boi doesn’t find a home in the next season of TTS League.