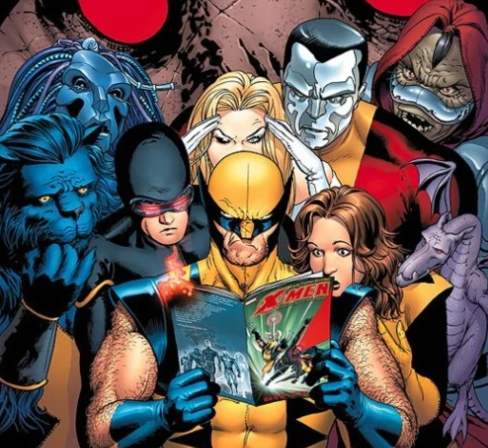 Hello and welcome to a very special article, one that has been a long time coming. The topic, as the title suggests, is about language: namely game terminology / slang. As much as I’m sure the developers would prefer that players don’t come up with slang (it creates an even bigger knowledge barrier to starting out when players are almost speaking a different language) it happens naturally to shore up inefficiencies in discussing topics. And while I’m sure this article will in some small way help reinforce the usage of these terms, I still see it as a net good. Because regardless of whether this is written, people will be using these terms or some variations on them in their FLGS regardless. So, for people looking to get into the game I humbly present my list of language I use and have heard being used at the game store and in online discussions. It won’t be comprehensive and I’m sure each store will have their own unique adopted terms but hopefully it will help you get started in speaking the language of Marvel: Crisis Protocol more fluently.

Builder – An attack that generates power

Charge – Any superpower that lets you move + attack, obviously named after the basic effect

Cheerleader – Usually supportive/backline piece whose purpose is to stand on a back secure first and foremost, any further use is gravy

Diceless – An adjective used to describe an event or a series of events that can happen without needing to roll dice. A “Diceless Victory” for example usually refers to a board state where your opponent cannot do anything on board to stop you from winning that round, usually thanks to having no characters left to activate or someone hiding in a corner with extracts that you can’t get off of them.

Flip – Type of secure where you score for taking control of it and marking with a token. Originates from when people would use the core box affiliation tokens which were Cabal on one side and Avengers on the other, and you’d “flip” the token back and forth.

Flooded – Adjective used to describe a character with a lot of power i.e. “I’m going to activate Valkyrie before she dazes because she’s flooded”

Force – Taking 2+ similar crises so no matter what you discard, you can still play one (a lot harder with the upcoming crisis selection change!)

Hold Prio – Intentionally play in order to ensure you don’t activate last so that you get priority on the next round, usually by avoiding dazing un-activated enemy characters

Inured – Shorthand for reactive superpowers that reduce damage, ala Crossbones’ Inured to Pain

Invulnerable – Shorthand for flat damage reduction passives, used interchangeably on occasion with ones that go to 0 min damage like Thanos’ Being of Immeasurable Power

Pull – A push effect that is towards

Rummage – Crisis where you have to “find” the Extract ala Skrulls Infiltrate World Leadership or Alien Ship Crashes Downtown!

Spender – An attack that costs power and does not generate power

Static Builder – A Builder that generates a flat amount of power, usually 1

Wakanda Wave – A Wakanda focused early scoring plan, named after its early heavy reliance on the Gamma Wave Sweeps Across Midwest secure, that relies on the auto-push attacks on Shuri and Black Panther combined with Wakanda Forever to rack up a big score early on fast scoring secures

As I said at the beginning this is FAR from a comprehensive list of all the linguistic shortcuts used by MCP players, but hopefully it’ll be a starting point for your own fluency at your FLGS. If there are terms you use at your store that aren’t on here let me know, I’m always looking to expand my vocabulary!

That will wrap us up this time here on acrossthebifrost.com, make sure to check out the Roster Doctor on Facebook, Youtube and Anchor.Fm!