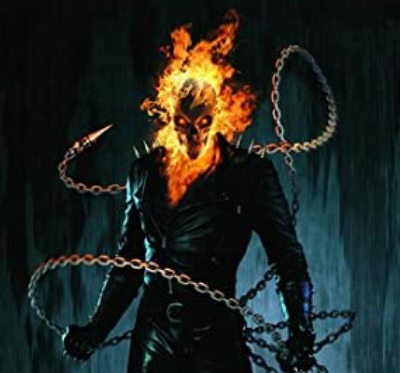 And to be honest, all of these changes are MASSIVE buffs. People have been crying about him lacking immunity to incinerate but they took that feedback and RAN with it. Bleed, Hex, Incinerate and Poison are all very popular and very annoying statuses and combine with his stamina increases to make him a singularly tanky character. At 8 stamina on his healthy side and 7 on his injured he is profoundly difficult to take out in a single activation. And now that he reliably lives while being a giant power battery, he can easily line up a Hell on Wheels into a Chains of Damnation into a Flames of Hell or even just double Penance Stare for the heck of it (heh). From one of the most maligned 5s in the game he’s been reworked into a potentially splashworthy 5 threat.

Setting aside the question of whether he’s good enough to splash for a moment lets take a look at the affiliations he does have – Defenders and Midnight Sons. Midnight Sons is a slam dunk for Jonathon, as with Strange taking the soul gem you can play 4 wide on Demons Downtown without taking a single unaffiliated piece. He already synergized wonderfully with Blade’s leadership (and applying Hex during Siege of Darkness is not bad either), so him getting better is going to be a big buff for Midnight Sons who have been doing surprisingly poorly in Season 6 so far.

Defenders on the other hand is going to be a bit of a different story. Strange + Soul is 6 threat already so fitting in a 5 can be a bit difficult unless on higher threat. And Ghost Rider doesn’t have the best synergy with Pentagrams of Farallah as he can only hit large or medium bases on the deploy line (whereas ironically M.O.D.O.K with range 4 can hit any size base on deploy with more wiggle room). With an attack spread of Energy and Mystic, his typing is already pretty solid so along his builder applying hex Strange’s leadership is of questionable value. Using the leadership on his beam to apply hex AND incinerate is cute though.

As for unaffiliated splashes personally I’m most excited to give him a go in Sam Spam. Sure it’s cliche to just throw whatever into your Sam rosters nowadays but I just love the idea of layering extra punishments for attacking your team. Attack someone other than Ghost Rider? Give Ghost Rider power, maybe Ghost Rider damages you. Attack Ghost Rider? Probably fail to take him out, and he turns around and rips you a new one. Actually daze Ghost Rider? Sam leadership trigger.

Once again, AMG has hit it out of the park with these character reworks. I love seeing the perennial splash characters getting toned down and the unloved fan favorites getting rehab. I can’t wait for what’s next! As a quick spoiler from the AMG Twitch account during todays reveal stream heres a hint at what we’ll see next: