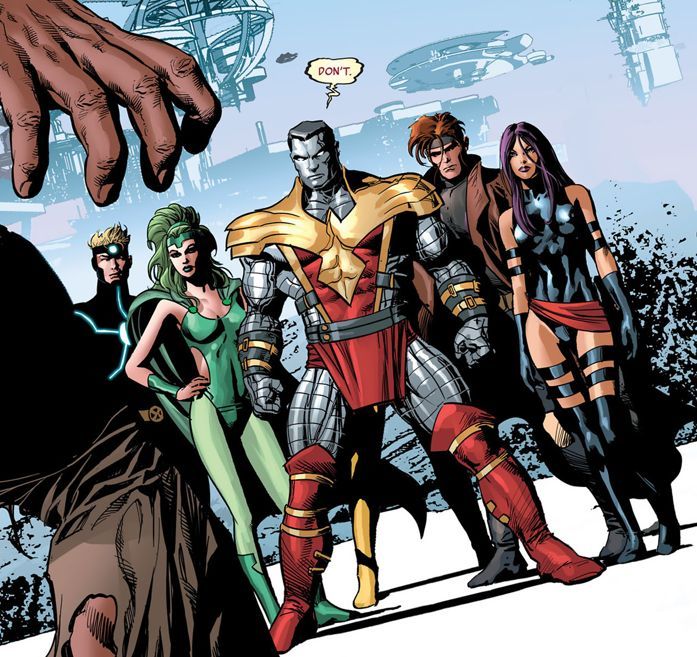 Another Friday another First Impressions! This time – Gambit, Colossus, and Juggernaut!

Admittedly I did NOT expect to see these three when I woke up this morning as we’re still in the middle of the core update spoilers but apparently a store in the wild let them out early. Since we have so many of these to go through today I’m going to go through them in a more condensed format than usual. First up, Gambit:

Perfectly average 3 threat stat array to start, followed by a mediocre r2 builder and a solid r3 one. His spender is ludicrously expensive for what is essentially a builder on War Machine, Enchantress, and many others. But then you get down to the superpowers and it starts to make more sense. An attack steroid with Accelerate Charge (that works on ALL attacks in the beam), a really unique trick in A Little Something Extra, and to wrap up the kit Enhanced Agility which is just a renamed parting shot. And from my recent experience putting new Bullseye through his paces I can vouch for how strong parting shot is. All in all I think theres a lot of strength in this kit if you can pay but not necessarily enough power economy to fuel it with his builders. I do love the idea of repeatedly throwing Kinetic Aces into a cluster of people and giving A Little Something Extra to spread the pain, or running up and feeling VERY good about my odds on pushing someone with my Bo Staff. Will he fundamentally change the face of the X-men line-up? Maybe, he’s another OK 3 threat which alongside Domino, Beast, and Magik gives them a lot of configurations to play with.

But onto the (imo) more important part of these X-Men leaks, the missing half of the promised Fastball Special, Colossus!

I’ve been saying since we got Fastball Special revealed during Ministravaganza that I almost don’t care what Colossus does between seeing that card and the fact he’s a medium base. But boy does he do stuff! His solid defenses and stamina are GREAT, his short movement a bit less so. Personally I was hoping for a bit more mobility out of the Rasputin sibling. But where he really shines is his superpowers. Size 3 medium terrain throw is a great way to dish pain from a surprisingly long distance, and Bodyguard is one of the best superpowers in the game so getting it under a different name is quite nice. We get a bonus dice reactive and a count blanks passive on each side reminiscent of many of our vibranium based fighters, and damage reduction + bleed immunity to round things out. This is EXACTLY what X-Men need right now, a dedicated tank that has so many cool round one tricks he opens up with To Me, My X-Men and Storm Leadership, or even just the simple Fastball Special. A core roster of Storm Beast Domino Magik Gambit Rogue Colossus Wolverine Jean Grey is 9 characters of pure X-Men that doesn’t sound half bad as a starting point, presumably ending with cutting one of the 3s to fit in some meta splashes in those last 2 spots.

And finally, we come to the big man himself – Juggernaut

At the Ministravaganza they promised a lot from Brotherhoods newest upscale beater, and boy did they deliver! Great defensive stats on the front side, thematically appropriate worse stats on his injured side, and a giant pool of stamina to boot! Short mover but his superpower Nothing Stops the Juggernaut lets him roll up and bulldoze some poor fools all while shaking stagger. Hell, even his Spender just uses it as a trigger! Do note that the superpower ISN’T once per turn (though the damage is) so there will be some crazy pop-offs with Cain Marko if he ever gets fueled enough. That said between his Nice Punch… and Nothing Stops the Juggernaut! he’ll be pretty consistently empty unless you move him thanks to Unstoppable Momentum (which works on both attacks, not just his builder!). And thankfully he IS immune to Stun so you can always build up his momentum. And on his healthy side he gets his own personal PSD passive to prevent anyone from displacing him. Despite losing that on the injured side he gets the nice boon of a size 3 medium character throw on his injured side to compensate. Final verdict? Fascinating mobile tank, weirdly good mobility and action economy, totally unique. So unique in fact I struggle to say where his place in the meta will be but I’m pretty sure he’s really really good.

All in all I think these 3 are solid. Gambit and Colossus are role players who will probably feel fine wherever they’re affiliated. Juggernaut is expensive and weird but looks good enough to splash in the right team for the right reasons. And ultimately these are First Impressions made literally within minutes of first seeing the cards so until real table time is put into them we will not know for sure. But I sure as hell am excited to test these out on the table this weekend / over the thanksgiving holiday. Until next time true believers!

Edit: Part two as the rest of the box has been leaked, skipping the ones already shown at Ministravaganza:

Oh man. Wide scenario, high threat, cover? This is a swarm team’s wet dream. I expect to see this slot directly into Sam Spam and other similar rosters. I’m sure there will be a lot of articles about this crisis and how it fits into the meta soon but I’m really stoked to FINALLY have a F secure to play.

“Brace For Impact” for displacement effects is a hell of a universal card. If you’re tired of being yanked all over by Web Warriors, slot this in. Honestly this is going to go into every roster I make going forwards, would not be surprised if this is restricted in a year or so.

An interesting twist on the Lethal Protector / Heroes For Hire formula, this doesn’t bodyguard the attack but it sure as hell punishes you for attacking Juggernaut’s friends, and like Heroes For Hire has a chance to push the attacker out of range of a second attack. If Juggernaut can reliably hold up power for this, I expect this to be an auto-include with the big man.

I just… what? Changing your leadership mid-game is NUTS. Obviously the first place to break this is Avengers. Take both Steve and Sam, use Steve’s leadership round 1 to get off all your charges and early game tricks, then when you settle into attrition switch over to Sam to punish them for hitting you. Maybe Steve/Hulkbuster has legs into Magneto Brotherhood? Sin/Red Skull audible based on control or attrition match-up? Mystique’s Freedom Force giving you a permanent secure before you turn to Magneto’s raw power generation? It opens up some really fascinating hybrid strategies which I’m looking forward to messing around with, though outside of Avengers I question if it’ll ever be top tier.

This is… interesting. I’m very much of the opinion that Gambit is an affiliated role-player more than a splash option, but this really pushes the idea of playing him outside of X-Men. I’m going to fiddle around with this, but I don’t think this is worth splashing Gambit AND a tactic slot.

The After Party 030 – Beast and Mystique in the Triumphant Return!

Across the Bifrost Ep 129 Status Conditions