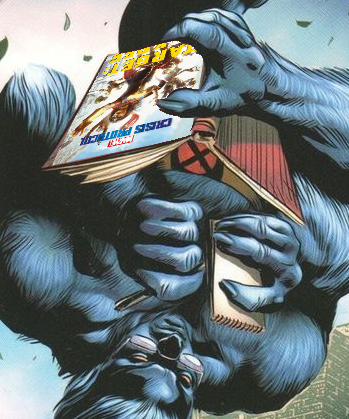 Why yes, it has been a while since the last time I did one of these. But I had to read a whole novel! Not a very long novel, maybe more like a novella… but I’m a slow reader! Anyway, this will prepare you for later and I take a long time between articles, not because I have to prep, but because I’ve run out of ideas.

So wait, there’s a Crisis Protocol novel? What does this have to do with the game?

And I should say this now, before I go any farther… this article is going to have spoilers. If you have any intention of reading this book yourself, you should maybe just go do that. It’s fairly cheap and fairly quick. Only read on if you aren’t going to read it, or if you don’t care about spoilers.

So far, the novel Target: Kree is the first and only piece of fiction written in this universe, and as such, it appears to be a potential source for future characters that might come to this game. The writer was definitely given advanced notice of future characters; we know this because the book came out in July of 2021 and featured a number of characters (Doctor Vooodoo, The Hood, and Dormammu) who were not revealed to the public until that very same month. Obviously, in order to write about them, the author had to know about them far in advance. So it’s entirely possible he knew about other characters too.

Okay, cool, but before we start… how’s the book?

This is the question I was asked most when I mentioned that I was reading it for an article. The book is… inconsistent? This is obviously just my opinion, and I’m not exactly a book critic, but I thought it was really good at times, really bad at other times, and overall… maybe somewhere around 6 or 7 out of 10? To give you an idea, I’ll share my favorite and least favorite parts. My least favorite:

“What happened to you?” Jennifer gestured at the cast on his arm. “Nazis occupy Europe again?”
“Just one Nazi: the Red Skull. And it was Pittsburgh.” He smiled. “I guess you could say I suffered damage as a result of an enemy effect. But I like to think I gained power, equal to the amount of damage I incurred.”
Jen stared at him blankly.
“I’ve been teaching him tabletop gaming,” Natasha explained.

It’s possible that someone will enjoy this bit. If Deadpool appeared in the book, he could’ve delivered this line and I would’ve loved it. But as it stands… oof. But on the other hand:

Natasha held up the bottle, which was nearly empty. “This stuff was made by the Soviet Union decades ago,” she said. “It was rapidly discontinued.”
“Yes,” the bartender said proudly. “Is hard to get.”
“It was discontinued because it caused skin disease, redness of the eyes, and uncontrollable tremors.”
“Oh yeah.” Rocket grinned. “I got all of that!”
“Nineteen seventy-three,” Gamora said, reading the label. “That was some time ago. Did your planet understand the concept of bacterial infections?”

This whole scene brings joy to my heart… Rocket getting drunk in a Russian-American bar is just a great scene to include in any Marvel story.

With all that out of the way, let’s get to it. Here’s the characters that I think this book might predict, in order from least likely to most likely.

One or more Celestials

FROM: CAROL DANVERS, OMNIWAVE ID “CAPTAIN MARVEL”
8TH SECTOR, DENOBIAN GALAXY
TO: ANTHONY STARK, OMNIWAVE ID “IRON MAN”
EARTH
HEY TONES – HOPE THINGS ARE COPACETIC. HEY TO YOU TOO, PEPPER, IF YOU’RE SCREENING THIS. HOPE THE BIG DOPE ISN’T DRIVING YOU TOO NUTS.
I’M UP TO MY SASH IN TROUBLE OUT HERE. EGO THE LIVING SOIL SAMPLE HAS PICKED A FIGHT WITH A BUNCH OF CELESTIALS, AND I’VE GOTTA STOP THEM FROM TRAMPLING A DOZEN CIVILIZED WORLDS IN THEIR COSMIC TESTOSTERONE SPAT. YOU KNOW, THE USUAL. ANYWAY, I JUST GOT A MESSAGE ABOUT SOMETHING AND I CAN’T HANDLE IT MYSELF, BUT I THOUGHT YOU MIGHT BE ABLE TO HELP. DETAILS ARE ATTACHED.
GOTTA GO – SOME GLOWING DUDE WITH THE INSECURE NAME “GODHEAD” JUST WHIPPED UP A VORTEX RIGHT ON EGO’S EQUATOR. OUCH! ANYWAY, TAKE A LOOK AT THIS AND SEE WHAT YOU THINK. IF YOU FEEL LIKE BEING A REAL HERO FOR A CHANGE, THAT IS. HA! JUST KIDDING. BUT NOT REALLY.

The Celestials are mentioned twice in this book. Once in the above passage, once in a later one that I’ll post below for another character. Neither time do they appear “on screen” so to speak.

I’ve put them first because they really seem like an off-camera, big picture type of villain. Like, if Dormammu can be in this game, surely Ego can too, but I just don’t read this as a hint at him coming.

The Masters of Evil

“F.R.I.D.A.Y., talk to me.” Another explosion. “What are we facing? Galactus, the Wrecker? Black Order, maybe?”
“No, boss. I’m afraid it’s…”
A shadow fell over the building. Suddenly, Tony knew. His heart sank in his chest plate. No, he thought, anything but that. Don’t let it be them. Don’t let it be…
“…the Guardians of the Galaxy.”

“…code violations in Manhattan,” F.R.I.D.A.Y. continued. “It’s the building’s fault, not ours, but we’ll probably have to free up some funds to help them modernize. Oh, and this just in from S.H.I.E.L.D.: a prison escape. It’s the Melter–”
“The Melter?” Tony snapped. “How could a clown like the Melter escape from a secure government–”

He found himself hesitating. He’d known Jen Walters for years, fought alongside her against the Starbrand, the Masters of Evil, even the godlike Celestials. And he really did appreciate her bringing this problem directly to him. In doing so, she was straining her relationship with her clients, maybe even putting her license at risk.

I probably wouldn’t even bring this up, but they’re mentioned so much! There’s even a later mention of the Melter that I didn’t bother to quote. And yes, I know that Starbrand and Galactus are mentioned here too, but each only once; I think Starbrand might just be a fun namedrop, and obviously Galactus is coming eventually.

But with the Masters of Evil, not only is the team itself mentioned, but two separate members are also mentioned. This feels very intentional, and points to one of two things. Either AMG told the author that they were planning a Masters of Evil affiliation in a bit, so it would be fun to tease that… or the author just really likes the team. Which do I think is more likely? Probably the latter. But it was just too blatant not to mention.

On the outside hull, Kamala Khan – Ms Marvel – hung on by her fingertips. Every dip, every lurch threatened to break her grip, hurling her to the ground below.
She gritted her teeth, trying not to look down. She’d tried several times to claw her way back in through the hole in the roof, but that furry pilot Rocket seemed to be doing his best to throw her off. Or maybe he was just distracted. Judging by the thumping and yowling coming from inside the ship, Jennifer Walters was giving the Guardians hell.
Like the She-Hulk she is, Kamala thought. Like an Avenger. And here I am, frozen out of the action, barely managing not to fall to my death!
Once again she wondered: am I in over my head? Should I even be here? Surely Jen would rather be risking her life alongside Thor or Wonder Man. Or her cousin, Bruce Banner. The Hulk might have a bad temper, but he was the best fighter on the Avengers’ roster.

Yet another off-screen mention of a semi-obscure character, but this one feels a little more likely to be a hint, largely because of the low impact on the game. Adding a Celestial would be a big deal… like I said, they’d be a Dormammu-level threat, possibly needing their own affiliation. The Masters of Evil would also be a whole new affiliation, probably needing 4+ characters to function. Wonder Man, on the other hand, could just slot into Avengers, no problem. He’s also been a SHIELD agent, making him an entirely possible pick for rolling out that new affiliation. Do I think it’s a guarantee? Not at all. But I think the odds have been raised of seeing him sooner than later.

The Hulk’s growl became deafening. A thick green aura surged around him, radiating outward. As it passed through the group, one by one the assembled heroes clutched their heads and cried out in pain. Cap felt himself thrown backward; Rhodey struck the hull of the ship with a loud clang. Groot sprouted new shoots to hold his teammates in place. The power flared brighter. The figure that had been Banner became larger, thicker, more menacing. A metallic gleam sprouted from his shoulder.

Then the Hood, like everything else, was lost in the green glare. The creature, the thing that had been Banner, was now at least eight feet tall. Spiked armor on his shoulders and legs reflected the blinding energies all around. He held a huge, deadly axe in one hand.
“Oh no,” Cap said.
“Uh…” Quill gestured at the figure. “I, um, I don’t remember the Hulk looking quite so… metal.”
“That’s not the Hulk,” Natasha said. “Not the one you know, anyway.”
“I, uh… I am Groot?”
The green man turned his eyes to the heavens, and let out a roar that shook the Earth.
“That is Narushitel’ mira,” Natasha explained. “The World-Breaker.”

So this is the big one. If only one character from this book is introduced to the game in the next year, my bet is on this one. Unlike the others I mentioned above, his appearance is on-screen. He’s basically the final boss. He’s also a super iconic look that would make for an excellent miniature.

I honestly had no idea that World-Breaker Hulk’s armor emerged from his skin, but apparently that happens in the comics too. Weird.

Hope you enjoyed this one! There’s apparently another novel coming out in April that is a sequel? By another author? So I guess I’ll have to read that one as well.