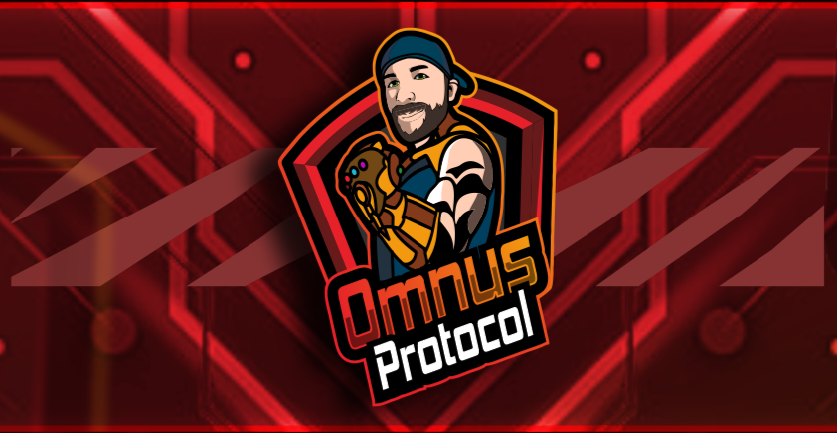 You purchased the Core Set and now you are trying to figure out what to buy next. There are tons of great models to choose from and there are interesting reasons to play basically every character in the game. So the questions arises…Which expansions should you prioritize picking up first? My goal with the article is going to be helping you get the most bang for your buck and take home essential characters for your rosters.

First and Foremost…Purchase the characters you are excited about. I think this should go without saying but MCP is a blast to play and having your favorite characters just adds to that fun. If you have that Hero (or Villain) that you love and want to build around, there are lots of friendly players on FB or Discord that will help you put together an intro Roster that will help you get the most out of them.

Now lets look at my top 5 most influential expansions for Marvel: Crisis Protocol…

This box might be the perfect addition to the core set. Even while I am typing this article I am wondering if this should be the #1. Voodoo is an Avenger and Hood is Cabal. Both of these characters have mystic attacks which was something that the core set lacked. And to top all of that off, these characters make great unaffiliated options for any team to consider.

Voodoo is in the conversation for the best 4 threat character in the game and possibly the best overall character regardless of threat level. He has powerful tools to help daze characters, to throw enemies off the secures or possess them to force extracts to get dropped. He is everything you can reasonably ask for in one character and even has an amazing sculpt.

Hood provides a budget mystic attacker at 3 threat. Cabal absolutely loves him and he benefits from Dark Reign more than any of the core set characters. He also has a superpower to help heal other characters with a small downside of causing Bleed but Ultron can ignore that part. He even has a tactics card that can help teammates get offensive rerolls which any team would be happy to have.

The only reason this isn’t my favorite pick overall is that these are both slightly complicated characters to use. Hood has transform and Voodoo’s Possession Super Power can both be less intuitive aspects of MCP. So for a new players these characters might be a lot to unpack. But that doesn’t change the fact that these characters are really powerful options to add to any team.

This may be the option that surprises the most people. When I originally recorded an episode on this topic I didn’t even consider these two characters. But AMG recently updated some cards and the changes to these characters was more than significant.

Groot gaining Range 3 on his builder was fantastic and can now protect Rocket within Range 2. The additional range on this attack makes it easier for him to build up power for his ability to Root opponents. And all of that factoring in he is 7 Health and can heal himself. Groot’s really only disadvantages are that he is slow and below average defense vs Energy attacks. Tree’s don’t like fire.

They have two really amazing tactics cards. We Are Groot is a healing card that isn’t restricted and Deadly Duo can lead to Rocket potentially making 5 attacks in a single activation. Combining all of these factors is why I think these characters are going to see a lot more play in 2022, both separately and together despite both of them only being affiliated in Guardians of the Galaxy.

#3 – Vision and the Winter Soldier

This box used to be right on the cusp of my top 5. It was either 5th overall or my special mention 6th. Now I think it is easily one of the highest value expansions that AMG has released.

Vision has always been a strong character. He has a great throw, solid durability, a way to stop him from getting pushed and very cool attacks. Vision is worthwhile in just about any roster, especially under the leaders from the core set. Even if this pack had nothing else, Vision would probably make it worth it by himself. But this pack also comes with Field Dressing which is a staple card for casual and competitive players.

Bucky was the guy that held this pack back. But the recent update came with a critical buff to Winter Soldier. He now has rapid fire on his Range 5 gun. Prior to that change he was primarily taken by under developed affiliations for his Rogue Agent ability but now he provides a cool toolkit for only 3 threat that any team would enjoy. His Spender attack is also one of the more useful in that game as it has push that is not size restricted.

I have to also mention that this pack has Tactical Analysis which is another Team Tactics Card that is worth sleeving up. It only costs 2 and allows you to move a character Short. The downside is that it can’t be the active character getting moved. It has lost a bit of popularity since Climbing Gear released but since Rosters can now include 10 cards, I think we will see it sneak back into more teams. If you have room for one more card and you have your essentials, Tactical Analysis could be that perfect card.

I really doubt that anyone would be surprised that this pack is making the list. These two characters have been dominant from basically the moment they released. As new affiliations come out, we just keep getting interesting leaderships for these two. If you like playing offensive characters, these two are for you.

Corvus is one of the most reliable sources of damage output in the game because of his superpower “Glaive’s Edge” allowing him to count blanks as successes. He does often like being in rosters that can help move him around as his long range attack is pretty weak for his threat level and he doesn’t have Charge or a similar ability. His defenses aren’t amazing but he does have a damage reduction super power which can be better than additional dice.

Proxima is a really solid overall 3 threat with good physical and energy attacks. She has damage reduction just like Corvus. But Proxima is significantly more mobile. She has a long move and when she uses her longer ranged attack, she then places next to the target.

The one thing that keeps this pack from being the best overall is that Corvus really wants the Reality Gem and it currently only comes with Thanos. So for a new player that can be a big investment or you are borrowing the card from a friend. But the new Gem rules really help Corvus fit into more rosters because now its just 1 of your 10 slots to include him with the Gem and that’s the way to play him in 99% of situations.

These characters did receive a small nerf to their “Husband and Wife” superpower. It costs 1 power to use now and they have to be within Range 3 of each other instead of 4. While these changes are significant, they don’t detract that much from these characters being amazing. It may actually help people try these characters separate from each other because even though they have obvious synergies, they are still awesome stand alone options.

This expansion is my pick for the most impactful box to pick up. Both of these characters are seeing play in and out of affiliation. I am just returning from the Las Vegas Open and I saw these characters everywhere. I was even seeing Luke in teams that I never even considered, but he was winning games in both fun and interesting ways.

Luke brings a really tanky 3 threat. He has nice defensive stats and damage reduction combined with 6 health. He still has a really solid builder, cool spender and a terrain throw to round out his options. When you need someone to grab something from the center of the table, there are few characters that do it better.

Iron Fist has above average survivability but that isn’t why you bring him. He has a game changing Spender attack that can put an activated token on an enemy. He also generates two power per round, which can be very useful in playing tactics cards or interacting with objectives. I also like that his Builder attack has a wild stun effect.

Possibly the best aspect of these characters is that they both can make use of the Heroes for Hire Team Tactics Card. Which is an amazing way to avoid a character getting dazed by spreading around damage and possibly throwing your opponent’s character too.

I think that 2022 is going to have these characters making even more of an impact and showing up as flexible 3 threats in just about any affiliation. It certainly helps that they are Avengers but they will be tons of rosters. I don’t think any player will be disappointed having one or both of these street heroes as options when making teams.

Now go out there to play some Marvel: Crisis Protocol and enjoy these amazing characters that AMG just keeps rolling out!