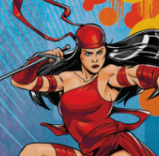 After a LOOOOONG absence (almost exactly 2 months), another Friday another Three Box Challenge! This time, a little something different. AMG’s Sarah Rowan, designer on MCP, was kind enough to answer some of my questions and build a Three Box roster of her own. But before we dig into things I’d be remiss without giving the usual spiel:

What is the Three Box Challenge, you may ask? It’s simple – what affiliated rosters can you put together with just the core set plus three boxes of your choice. I know a lot of us obsessively purchase every single box, but I think a huge part of why this game is so great is you can pick up a core box, and a couple boxes of what appeals to you and you could take that to a game night or tournament and do OK.

If you’re coming to this article without having any MCP experience whatsoever and are doubting the value of the Core box, I’m here to tell you that it is worth it. For $100 you get:

All the dice you should need

All the measuring tools you will need

~Half a tournament board’s worth of terrain

10 characters (a standard game requires a roster of 10)

Compared to other big wargames like 40k/AOS and WMH, its really impressive what you can get for ~$200. So, this article series is somewhat akin to a budget/beginner’s MCP guide, focusing on a different faction each time.

And with that out of the way let’s dig into Sarah’s roster:

If you want to build this 3 Box roster from yourself you can buy everything you need at the Asmodee store here:

What was your north star in building your 3 box roster? Thematics? Mechanics? A particular character you love?

My North Star is always playing characters I love. In this particular case it was a fun puzzle to fit together a Roster where Elektra could fit in with Mystique. Technically they could fit together in ANY Roster, but I wanted to be able to Affiliate (this Roster contains both Brotherhood of Mutants and Avengers possibilities). Not just for the mechanical benefit, but for the narrative as well; I love piecing together the story of my Roster, and why these specific oddballs are working together on this particular Crisis.

For each of the 3 boxes you selected, why did you pick that particular box?

I answered this a bit already; each box because they contain characters I like, above all! But I’ll go in order. I picked the Shadowland Daredevil/Elektra/Hand Ninjas box because I want to play Elektra regardless of context. She’s my favorite. After that, I went for Mystique/Beast because I enjoy playing their box. They’re both great comics characters, and Mystique is a flexible Leader, so I get more room for my obligatory splash Elektra in the Squad. She can’t lead Brotherhood if she’s the only one, so Rogue and Gambit got picked third to back her up. Another set of beloved characters that make this merry band of miscreants synergize together nicely.

Since the core box contains only 17 threat crises, what is your go to 17 threat team with your 3 box roster?

I bet you could guess from my comments so far, but the 17-threat 3-box Dream Team is: Mystique, Elektra, Rogue, Gambit, and Doctor Octopus. (And because Elektra is a Parent character for the Hand Ninjas, they get to join the ruckus for free when she is Deployed.)

If you were to take this roster past 3 box, what would be the first box you’d look to add next?

That’s a great and terrible can of worms; once the 3-box shackles are off, there’s almost nobody I don’t​ want to bring! But true to form, I’d begin with more of my favorite characters and start working from there. So X-23/Honey Badger would make the team next, with Storm following right after as an Uncanny X-Men leader… and I’d have to throw in at least one Hulk, because who doesn’t love a Hulk? And then the Roster begins to cycle endlessly, which is the joy of playing casual games as often as you want! There’s a lot of variety once you get into the game, even inside just the Core Box.

In strategy tabletop wargaming, onboarding new players is an important thing to solve. How does onboarding shape how you think about creating and releasing product?

The game as a whole is introduced in the Core Box. If you want to begin at the beginning, the Core Box has always got your back. But as the game expands, we want each new character to be self-evident. They all play differently, but we want players to be able to figure out how a character shines just by looking at their Stat card. This doesn’t mean a character can’t be internally complex, but it does mean a player should never need​ to look between boxes or different cards to figure out what their favorite heroes and villains can do.

In the spirit of talking about entry level play and onboarding, whats the #1 thing you see new players trip up on when demoing/teaching?

New players never remember the Power Phase! Or to collect their Power when an enemy deals them damage. It’s easy to see the attacks that generate Power and forget there are other ways to get it when you’re first learning all the rules.

Variety is the spice of many things, life and games among them. Marvel: Crisis Protocol contains a wide range of characters that meet a wide range of player desires; some are complex, some are straight-forward in their play patterns. And with new characters consistently hitting shelves, long-time players will always have riddles and increasing options to play with. Each character brings a unique kit, fresh Team Tactic cards, and Affiliation combinations that keep the Roster lists dynamic. But there’s absolutely nothing stopping any player, new or old, from just picking their favorites from across the Marvel universe and making that their Squad. If a new player feels overwhelmed by the scope of the game, a Core Set and their favorite booster will get them into the fight.

With a couple months under our belt with the system and character updates, how do you feel its impact on helping onboard new players has turned out so far?

For new players, even players who are familiar with other tabletop wargames, the up-front cost of system comprehension is the first major barrier to enjoying the game. If someone experienced with greater system knowledge can shut them out of the game during Crisis Selection before the fighting even starts, that’s not a great introduction to what should be a fun and chaotic battle. So I think the changes move the game in a healthier direction in that regard, and allow the struggle to play out where it’s meant to: on the battlefield!

That will wrap us up for this Three Box Challenge article here on acrossthebifrost.com! Also make sure to check out the Roster Doctor on Facebook, Youtube and Twitch!