Hello again MCPeeps! This is the 2nd in my series on unsusual but effective splashes. Today it’s Ant-Man in Cabal! 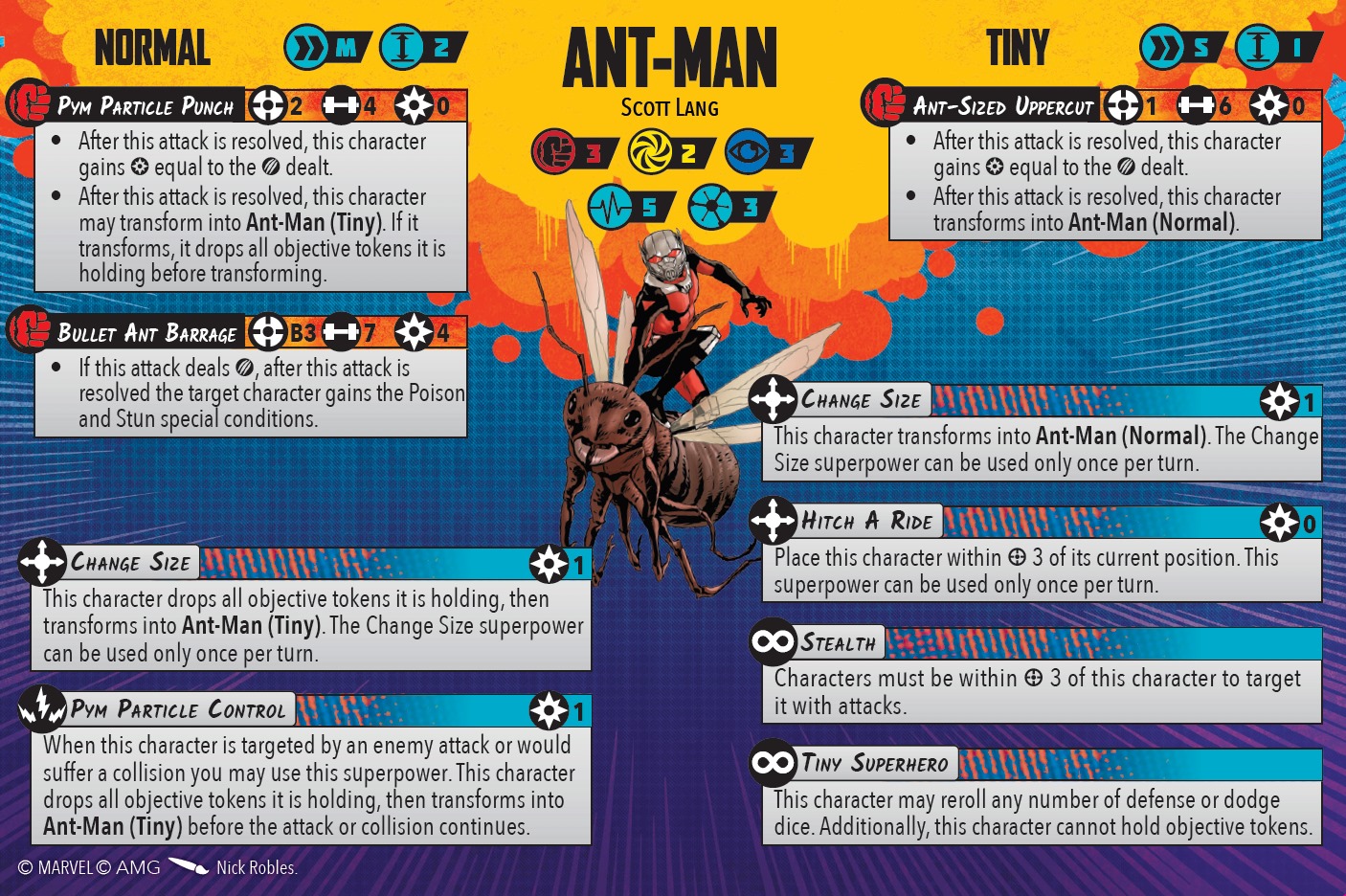 In case you’ve never seen Ant-Man’s card, here it is! He’s a character that is MUCH better on the board than you would think from looking at his card. His mobility is insane, and when small has a 6 dice builder on a 3 threat! He also gains stealth and defensive rerolls when tiny, so he’s tankier than you’d expect.

So the obvious question now is, which Cabal leader does he work under? Insert the why not both gif here is my answer. 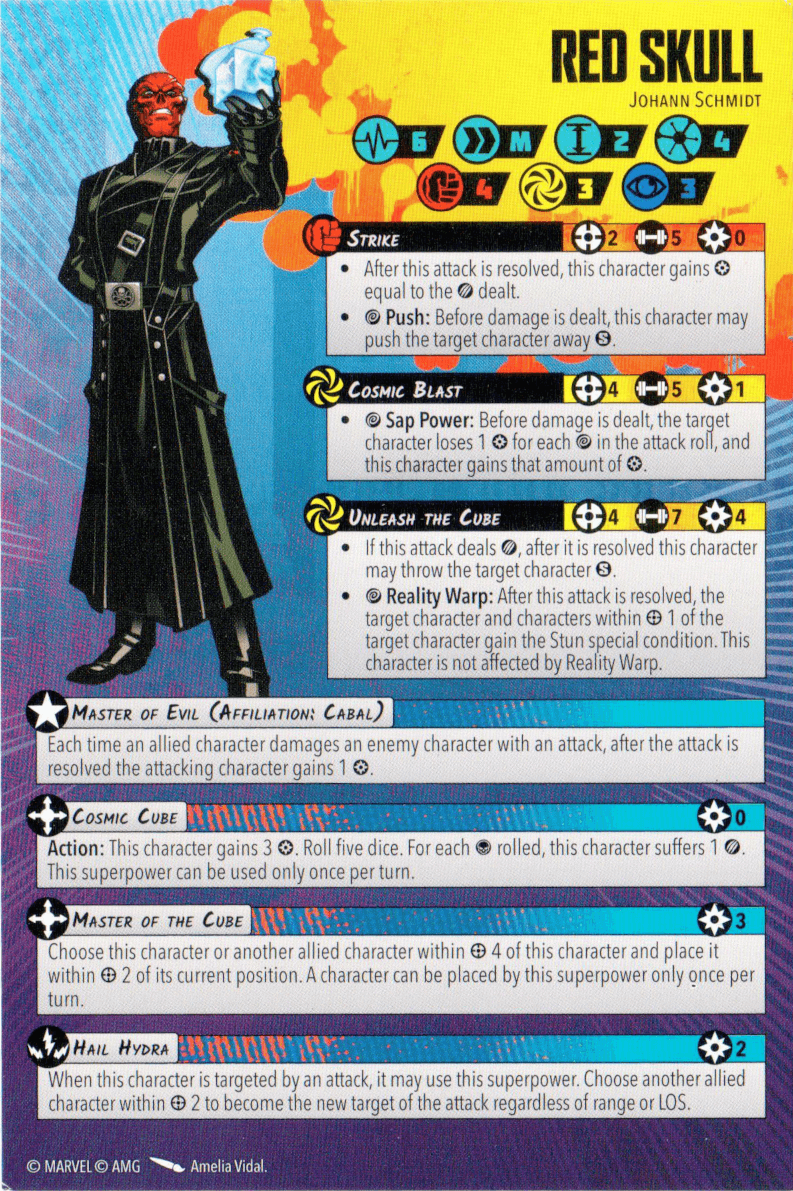 First under Red Skull (card above if you’re unfamiliar)

While Cabal has solid options for 3s already, and Ant-Man won’t benefit from Dark Reign, he gives Cabal another insanely mobile beater to pair with Zemo. Facing a team that runs away, or want to try the Red Skull P2F plan? Another super mobile character hitting and flipping points sounds good. Plus he’s got a gnarly beam that Skull can help fund and let him regain power from. 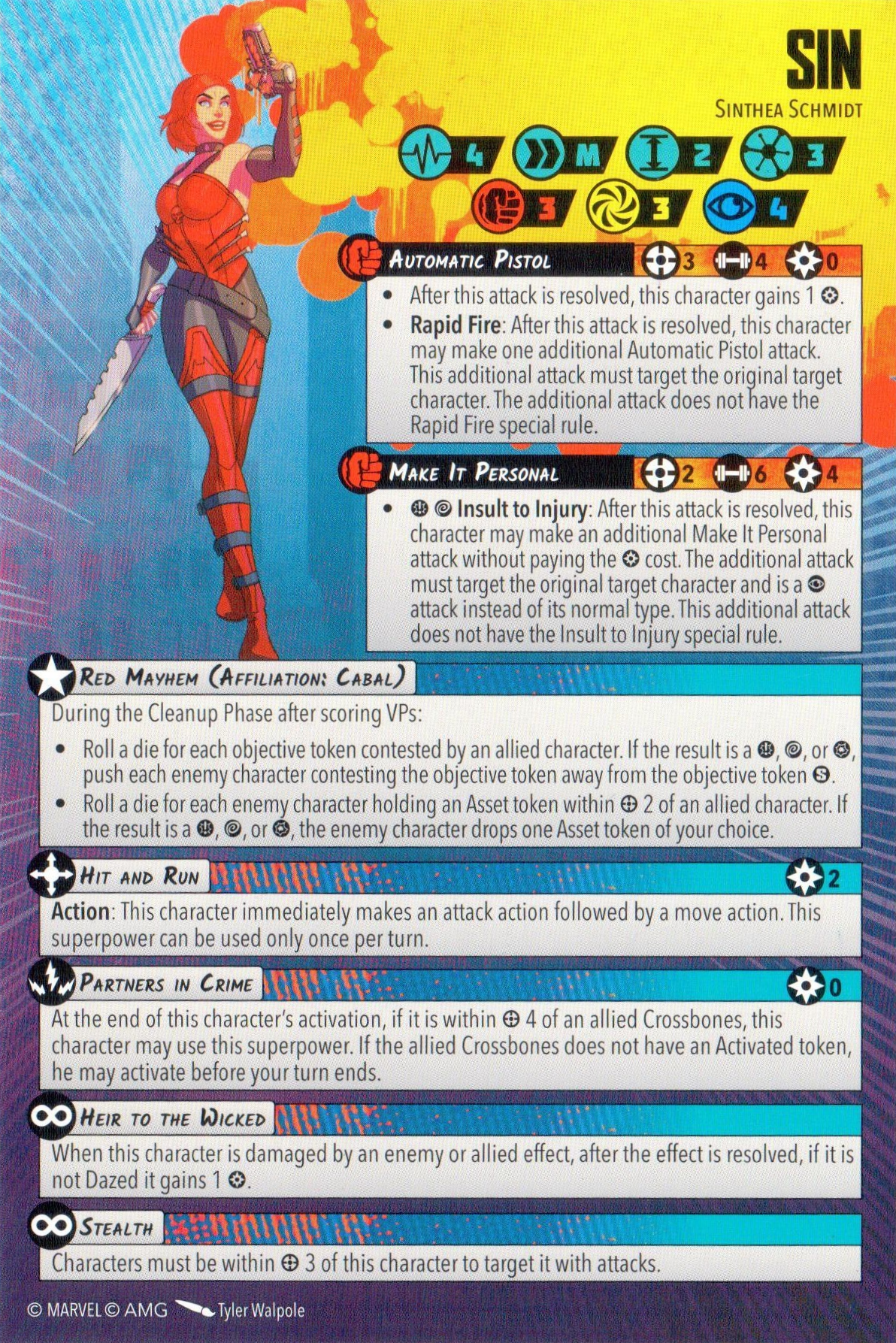 Next, under Sin (card above). If you’re going the Sin Spam root (Sin with lots of cheap characters), Ant-Man fits very nicely. While generally Sin is going to want lots of extracts on the board, and Ant-Man sucks at holding them(he drops them when he teleports) his bonkers mobility allows him to get anywhere on the board for a clutch secure contest and leadership trigger.

Under both leaderships he’s a great late activation to force a back point tie and attack an extract holder. He can get to an enemy B or F point with only one action, throw his 6 dice builder, then place one more time.

If you shook your head at my insanity throughought this article, I still highly recommend trying Ant-Man wherever. He’s maybe the most underrated character in the game.

Have fun and get transforming!

Across the Bifrost Ep 143 Crimson Dynamo and DarkStar