Happy Thursday night MCPeeps. After adding some glossary terms yesterday I figured I should also give some more advice to those who are seeking to be prodoundly mediocre like me. Thus, Surpising Splendid Splashes part 3: Megadeth reference. Today the guy with all the guns in the faction with all the guns, The Punisher in the Guardians of the Galaxy(preferably a wide version)!

First off, this is his card. You may be unfamiliar because he’s very very very (add 20 more very’s) underplayed. There’s some good stuff here with a triggerless rapid fire attack, a cheap S advance, and a throwish power where he can blow up terrain (which is very nice because the Guardians generally lack throws). 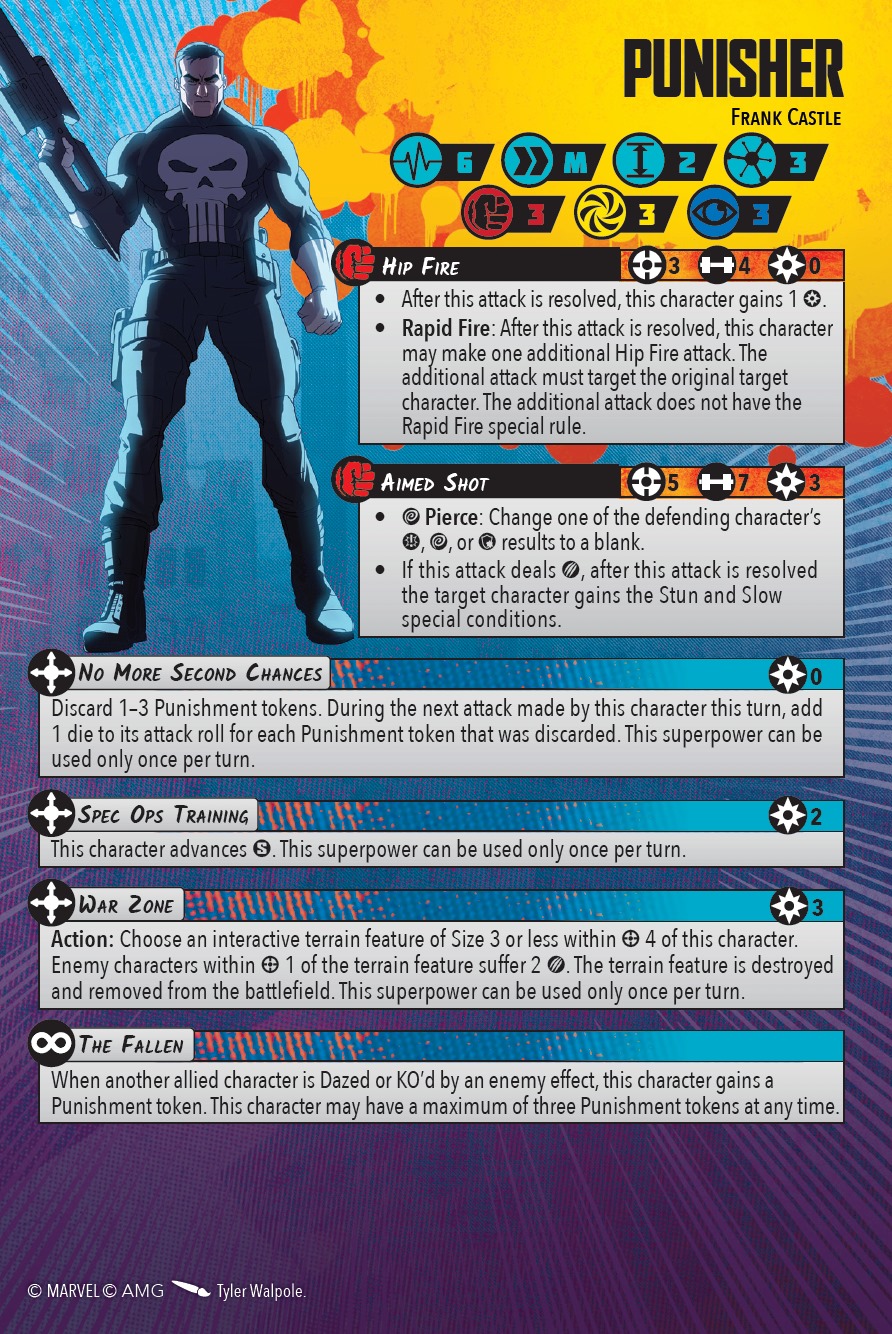 Now I now what you’re thinking, “Why put a wingin it token on a rapid fire character with a low dice attack?” The answer is don’t, wait until you plan on using his spender. For only 3 power he has a range 5 7 dice with pierce spender. Bonus points if the enemy has muckducked some of his cheap allies because you can add up to 3 dice with his “no more second chances” power. Range 5 makes it hard to avoid, and 10 dice pierce with 2 rerolls is naaaaaaaaasty with a capital naaaaaaaaa. It also fits the wide guardians “which loaded up character will you ignore and let blast you” quandry machine. Your opponent flipped Nebula Groot and Rocket? Congrats to them, punisher now has 3 punishment tokens, and there’s no way they can take out all of them before they use that power/punishment tokens to return fire.

I forgot to mention his tactic card! Blood Red and Personal fits right in with the Guardians gameplan of pew pew pew. Play this during a round where you have some recently flipped characters and get some bonua VPs! Nice for games where the scoring got a little out of hand early before enemy pieces got bliwn up. Important note that it’s any enemy character that’s KO’d, not specifically from an enemy effect or by punisher. 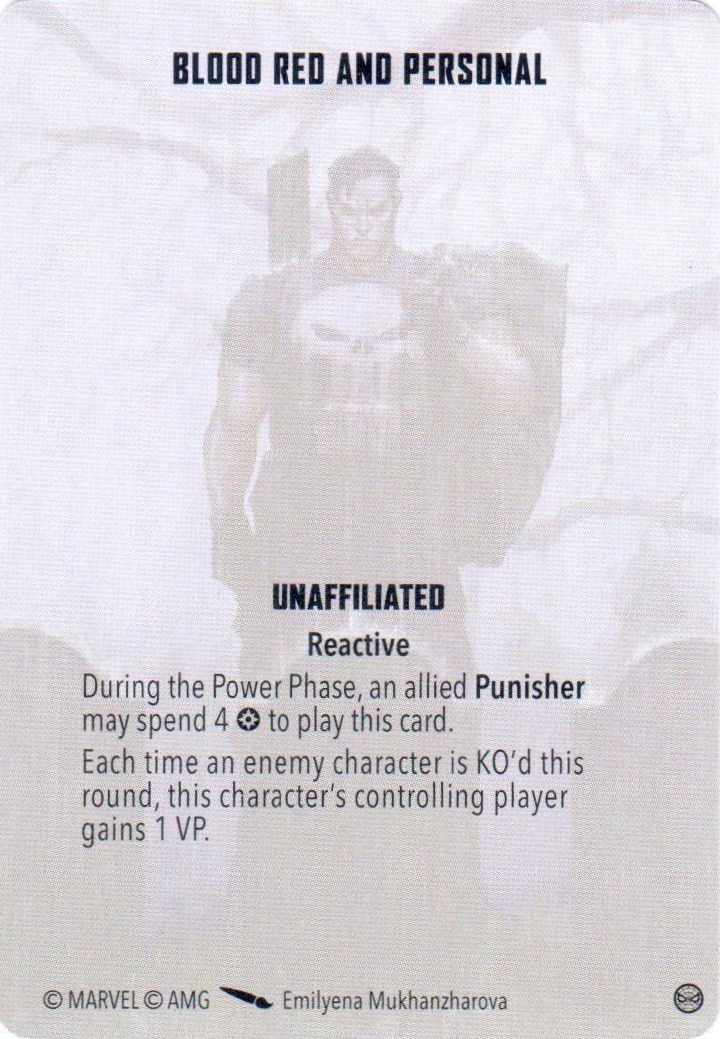 Still not convinced? It’s an obvious pairing, Frank and Rocket could talk guns and explosives for hours. Or just play him under SLDD and cry about Frank fighting alongside organized crime you unthematic heathen.

Also for any of you going “Splunishment Due? What’s a Megadeth?” Become cultured by clicking below.