First off, what is movement? Rulebook time (page 16).

“A character can never move off of the battlefield. If a throw or push would cause a character’s base to move off the table, the character stops that movement at the last place it could stop while following the movement rules. There are several ways a character can move:

Climb – Movement that represents the character’s ability to scale a wall or climb on top of a terrain feature.

Throw – Movement made by throwing a character or an object through the air, usually as the result of an attack, superpower, or special rule. Throws can cause collisions .

Push – Movement made by a character being pushed along the ground, usually as the result of an attack, superpower, or special rule. Pushes don’t cause collisions.

Place – Movement made by a character suddenly appearing in a location. Place is used to represent things like teleporting, tricking a character’s senses, or manipulating time and space. Placing uses a range tool (p. 8) instead of a movement tool.”

All of these things are movements. Things to watch out for on some character’s cards are things that trigger on certain types of movements. Compare two powers from some Spider Foes: tricks and traps on Mysterio, and trick or treat on Green Goblin (cards below). Mysterio’s tricks and traps triggers on all types of movements, whereas Green Goblin’s trick or treat can only be used on advances and places. Keep in mind for purposes of triggers a climb is still considered an advance, it just has special rules attached to it (from page 16)

“When a character climbs, it Advances Short regardless of its speed. When placing the movement tool for a climb, the character is considered to be Size 5.” 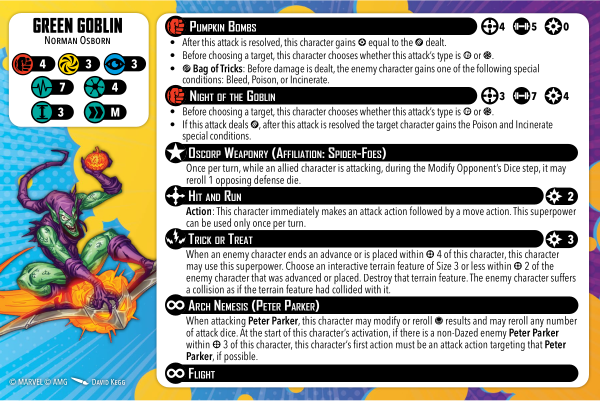 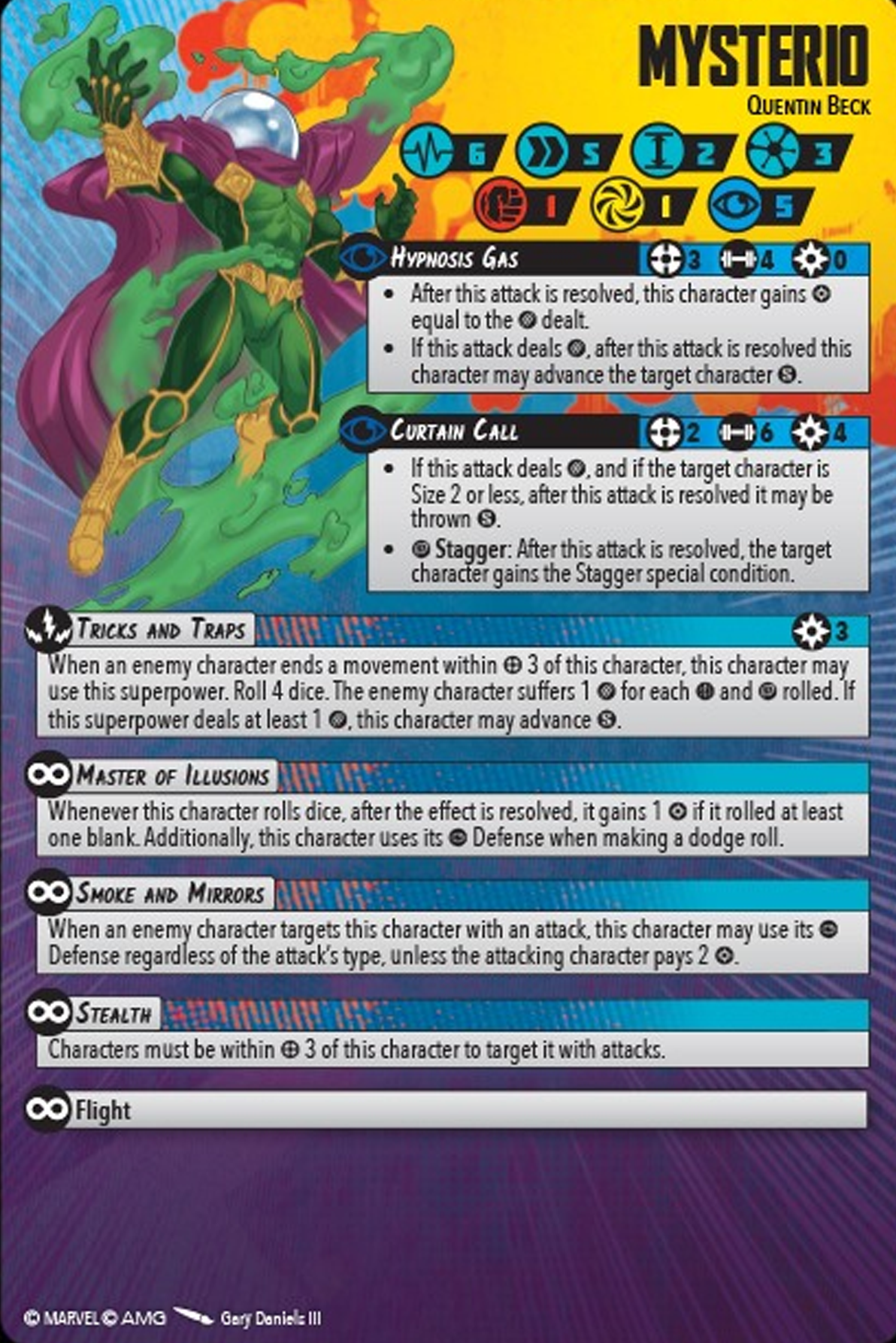 One other thing that Mysterio’s card brings up is his ability to advance enemy characters on his attack “hypnosis gas”. This allows him to advance the opposing character short. Remember though, advances are NOT the same things as climbing. An advance is always an advance and sometimes a climb. A climb is always both a climb and an advance. So if a terrain piece is larger than the enemy character, Mysterio can’t make them climb onto it. If the opposing character has flight or wall crawler however, he CAN move them onto larger terrain, because flight and wall crawler allow them to count as size 5 when placing the movement tool during an advance (page 6 of the rulebook.)

Also, if a character is moved in any way but the model doesn’t actually physically move, it’s still considered as moving. So if a character is thrown into an item they’re already in base contact with, they still count as being moved. In the case of a throw they still take damage also.

One other note on climbing, even if a character can climb on terrain rules wise, they must also fit their entire base on the terrain. If any part of the base hangs over the terrain, they can’t be moved there.

Next, a few quick notes on pushes, character throws, and terrain throws.

One very common mistake I see when people discuss pushes is assuming they’re inherently away. Pushes are not inherently towards or away from the pushing character. Also “pull” is not a term in MCP, push toward is used. Pushes can be omnidirectional (and are if not otherwise specified), toward, or away from the pushing character. Comparing the pushes on Dr. Strange, Venom and Iron Man is a good way to see the difference. Iron Man has a push on his repulsor blast attack that specifies away, so he can only push the enemy character “away” as shown on page 17 of the rulebook. Venom’s superpower web snare specifies push towards him, so the same thing applies here. Dr. Strange’s power doesn’t specify a direction however, so he can push the the opposing character whichever direction he wants to. 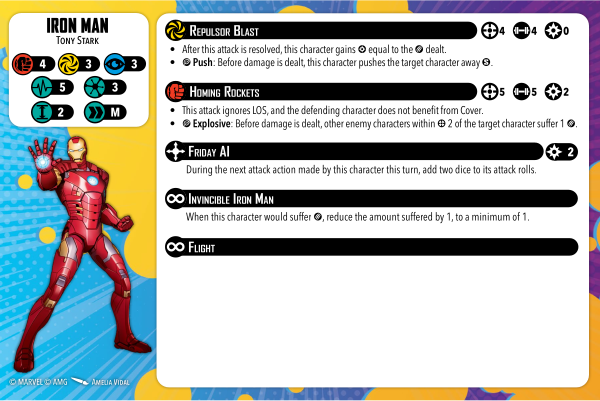 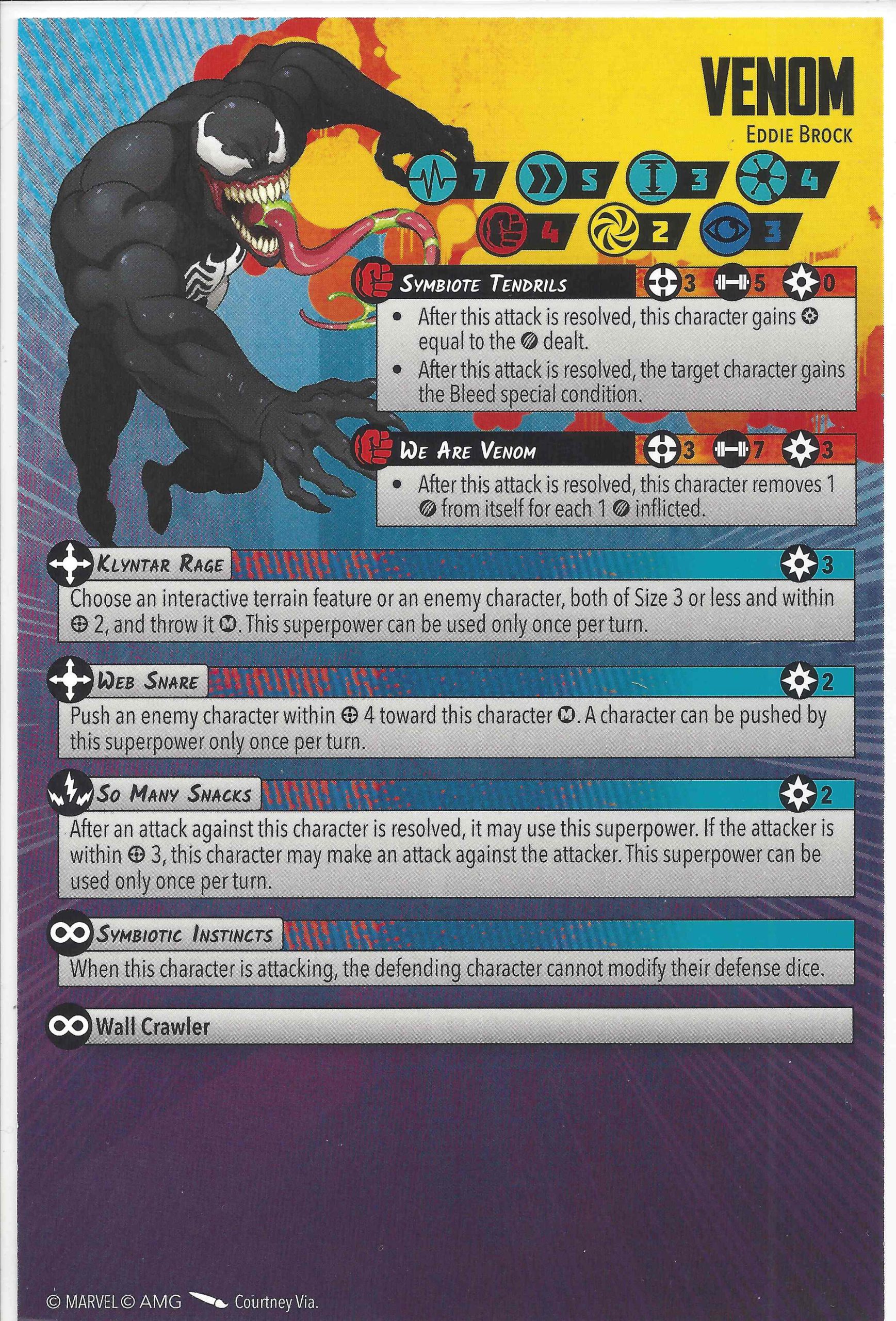 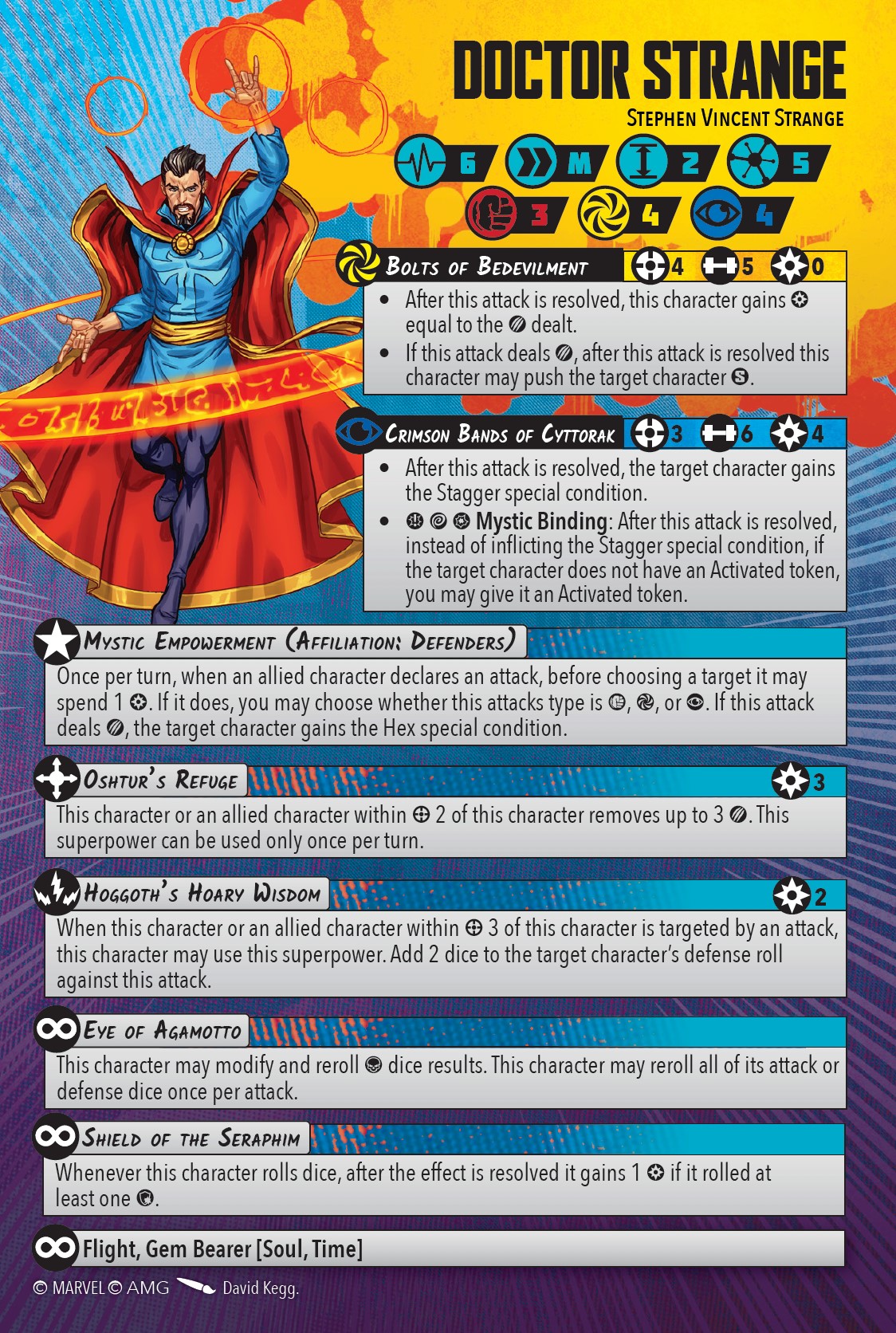 Another common mistake I see is how players throw terrain and enemy characters. When an enemy character is thrown, you measure from that enemy character, and move their base over the center of the tool, stopping when their base collides with any terrain or character. Think of it like the character being struck so hard they fly through the air, they move from where they were standing. When throwing terrain however, the throwing character measures from their own base, only using the movement tool, NOT the terrain over the tool. Think of it as the character lifting the terrain over their head and throwing it. One last note on throws, whether it’s terrain or a character, a throw can only collide with 1 character/terrain piece. Even if two characters have bases that would both be contacted, only 1 suffers the collision. The throwing player decides who suffers the collision.

Hopefully this has cleared quite a few things up. If anything was confusing or I missed something please comment or hit me up in discord at Mattomattick #6965, or mantistobogganm.d.4@gmail.com. Thanks for reading, and tune in next time for I Will Rules You!