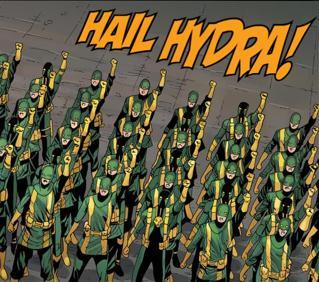 Opportunities in life come and go. Years ago I started writing about my gaming experiences and it really helped me analyze and hone my skills at the time. In the middle of last year I started a journey. I decided to start writing about my experiences again. That’s great. Until the Timeline/Unlimited document came. My plans and practice for what I was doing were crushed. There were some play patterns that were deeply ingrained in what I was doing that were no longer viable. I passed up on the Midnight Sons. I was frustrated that, when the journey started to brighten, everything changed. I don’t think they are bad or anything, I was just frustrated.

When one door closes, another door can open. That’s where I am at now. I never stopped playing the game. Since I stopped writing I have had some successes and some failures and I still roll around the middle of the tables
most of the time. It’s time to start a new journey. I want to set a goal. I work well with goals and I encourage others to try some goal based attitudes. Your goals don’t have to be achieving world domination. Try something
small. Figure out what works for you. So where do I start with an MCP goal?

I’m not a good painter. If I am a middle table player, I am a bottom table painter. I am always looking for tips and tricks to make it easier, not better. Like I’m just not a talented artist. My brother was that guy but unfortunately all the family talent left with him. In discussing my desire to start painting for MCP, one of my locals who is a good painter encouraged me to paint a scheme and not paint statues like I was thinking of doing. He mentioned Hydra. Unbeknownst to him, I had done a test Hydra scheme. So I said why not right? I started painting up some stuff in Hydra colors. For some reason the Juggernaut model speaks to me. I decided he’s a huge pallet so it would be a great test model. I’m pretty happy with what I am seeing so far from my Hydra colors!

I had never played Hydra. I hadn’t given them much thought at all. I generally avoid the new stuff and let others have their fun and pick stuff up once it isn’t saturating the playing fields. So what started as a local telling me to try and work on an army style scheme to motivate my painting and make it easier without it looking too easy, is now me jumping in! Strucker and Zola were on sale at the game shop in the middle of December so I took that as a sign.

There are a couple of things that draw me towards Hydra. First is the color scheme. I like the color scheme and I’m doing okay at it. Second is the two leaderships are very different from one another. Third I think having a 3
threat and 5 threat as leaders will lead to the possibilities of drastic list design variations. Four is the team. I think there are some pretty good models in to the current new scenario game that might give them a leg up. Five is that both leaderships are generically good with every model in the game. Models want to get rid of conditions with a good action economy and want to gain power. Lastly, the tactic card names are funny to me and I want to yell them at people.

I really enjoyed the last thought exercise that I did for Midnight Suns for list building so I am going to approach it the same way. I want to play a lot of games. I am not going to restrict myself to just Hydra but they will probably
be the majority of games I play for the near future. I also want to get some good painting in. This year I have averaged 4 models a week in painting. Some of that is 40k or Malifaux which might be a tad easier than Marvel.
So… New Year, New Goals!

•Paint 50 models before the end of 2023 in Hydra Colors
•Work on a Hydra list build to continue to improve across the year
•Publish one battle report per month in 2023
•Play as many different models in 2023 as possible (Try to get every model I own onto the table)
•Take metrics. I was listening to a podcast recently where a good player was discussing that they were doing analysis to find a common denominator in their losses and actually determined that one character was present in every loss but few of their wins. This might be helpful and worthless statistics are cool.

So there we go. 5 attainable goals. I can’t promise I fulfill them all. If I start playing Hydra and decide I hate it, I will definitely move on. For the time being though…… HAIL HYDRA!