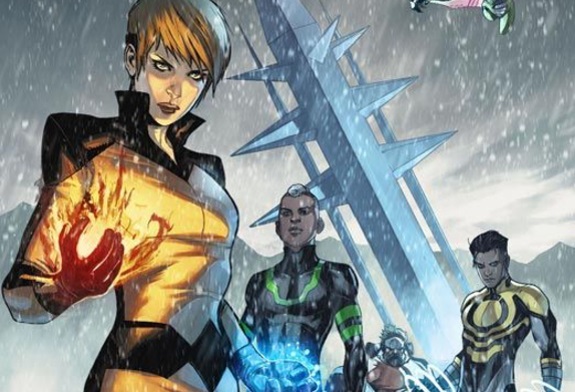 With another season in the books, we have reached the finale. Where sixteen of the best players from around the globe will square off in a winner take all single elimination tournament to decide who is currently the best player.

We had 168 players total this season making this the largest yet. When Dyzard and I first started running the seasonal leagues events almost a year ago now we had no idea that it would grow to this scale or that we would hand it over to the outstanding team of Dr. Norbert (organizer, East Coordinator), Merzain (Central Coordinator), AJ-P2 (Oceania Coordinator), and Fingerguns (West Coordinator). Huge shoutout to these four for their time commitment to not only the leagues but also the weekend one day events they have been running. They just finished the first every Team tournament which went beautifully. The East Bracket had 36 participants and 12 teams.

From The Central Region

From The East Region

From The Oceania Region

From the West Region

With that said I will not go super in depth today with the lists but 75% of the lists did bring Hired Muscle. There is a nice spread of affiliations. with none being repeated more than three times and only a handful of players even bothering to go dual affiliation now. I suspect this is due to the depth that affiliations are getting now the amount of tactics cards that are needed to prop up dual affiliation lists.

Another interesting one is Fingerguns and his unaffiliated list. Leaning on 9 point Thanos and into hired muscle appears to be a play that he has had some luck with but that isn’t the only thing in his list. Australia seems like it is still on the Wakanda band wagon overall, but the Brotherhood lists have taken the cake coming out making the top cut.

If you want to take a look at the lists for yourself check them out here.

The matchups for round one are as follows,

We have Morgan Reid (Brotherhood) against Suzume Kazo (A-Force and Black Order). Morgan is the runner up from Season 3 and he is looking to bring it all home to Australia this season. Morgan’s Brotherhood has looked near unbeatable all season, however Suzume’s A-force and Black order list has been a wrecking ball as well.
My Pick: Morgan Reid
Winner: Morgan Reid

Rorin and his Asgard & Criminal Syndicate list against Samuel Sweeten and the newly released inhumans. Two players that I don’t know much about and also haven’t had a chance to watch any of their games. So this is very much a blind pick.
My Pick: Rorin
Winner: Rorin

Hellcannon with his Webwarriors against the Season two Champion Patrick Dunford with a Wakanda and A-Force list which should be an amazing match to watch. This is probably my pick for must watch match of round 1.
My Pick: Pat
Winner: Pat

JZuccolo and the Brotherhood of Mutants and the Mad Mathematician himself Xavier Protocols Jacob and his Defenders list. The Brotherhood has proven this season to be a scary list to play against, but so has Jacobs’s defender list, I absolutely love the way Jacob’s Defenders list plays and it has been a huge influence on my own personal lists that I have been working on.
My Pick: JZuccolo
Winner: Jacob

Redemt XIV and his Webwarriors against Fingerguns and the interesting Unaffiliated list. I personally don’t know much about either of these players. I went back over their results throughout the league and they played good games against a variety of opponents and this is probably the hardest games to pick in this one.
My Pick: Fingerguns
Winner: Redempt

Travis Foss with the Brotherhood of Mutants against the perennial runner-up Sploosh with the Uncanny X-Men. This matchup has had a lot talking between the hosts of Strike Better and The Danger Room pod casts. They played back in Season 1 with Sploosh pulling off the win in the Semi Finals in a closely fought game. Will we see a repeat of Season 1?
My Pick: Sploosh
Winner: Travis

Merzain and UtilityCookie’s Asgard list against Horeath with Wakanda and Web warrior lists. Everything I’ve seen and from what people have told me about Horeath is that he operates in a different world. Nothing he does seems to make sense but is a well thought plan. Meanwhile on the other side, we have one of the masters of jank from Advanced R&D in Merzain, who seems to have been looking up cookie cutter lists while eating fairy bread this season.
My Pick: Horeath
Winner:Merzain

Last but not least we have Mandalorynoranj’s Asgard with Web Warriors against Artdieart with his A-force list. Here we have Art who has intentionally not brought Hired muscle because he finds it to be an unfun play style, while also being one of the greatest innovators in the community in list building against one of the newer upstarts in the community should prove to be a well played game.
My Pick: ArtDieArt
Winner: Artdieart

With no releases in the month of March be sure to head over to Discount Games Inc. to catch up on all your modeling needs!