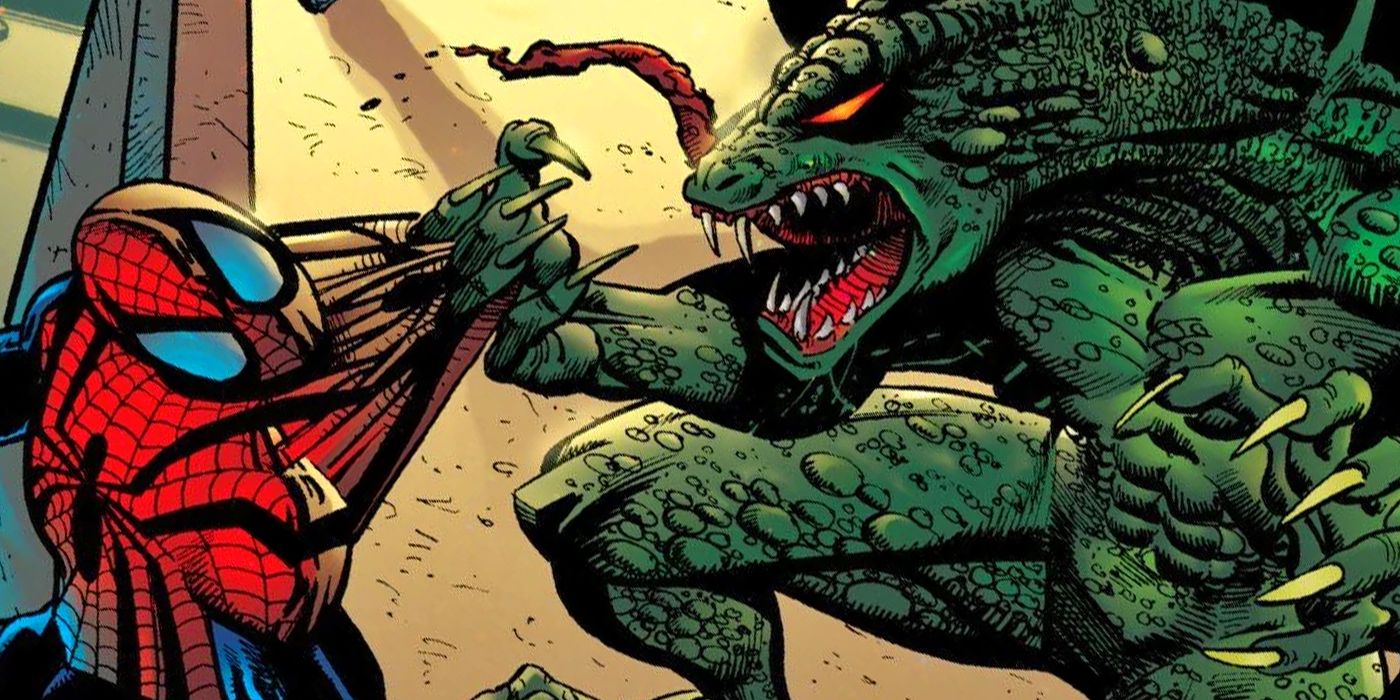 Another Tuesday, another First Impressions! After last week’s Kraven it’s only natural that we follow up with his boxmate – the Lizard!

Doc Conners turns himself into the Lizard with an experiment gone awry and finds himself tragically “evolving” into his villainous mindset. Does he live up to the expectations the comics give us? Lets find out!

Oh man, starting off strong with a great deviation from the “standard 3 threat stat array”. One extra stamina, one extra physical defense, and size 3 to boot. All great improvements on the base and all welcome. It solidifies him as a decent tank thats hard to displace (size 3+ character throws feel rarer each day) and only gets accentuated by his passives.

Now I’m tapping the breaks a bit on the hype train I was feeling with the stats. Power per damage 4 power builder with no dice modification support? Bruh. Thankfully Lizard’s power economy is VERY light so he isn’t dependent on power to function. The push trigger limited to size 3 rather than size 2 is a welcome addition and IMO further emphasizing his tank role. Medusa he is not, but for 3 threat does he need to be?

Solid punchy spender. Nothing special, just a decent dice pool and a damage trigger to put two really annoying statuses down. I’m not sure how often you’ll use this because it feels most turns when you have 3 power and are in range 2 of an enemy you’d want to do a Biochemical Breakthrough, and if you somehow have 6 power to do both something has gone very, very wrong.

Solid character throw, though a bit on the expensive side, especially with only r2 pickup and short distance on the throw. This combined with Doc’s inherent tankiness is IMO the main attraction for getting your gecko on.

And finally we come to the passives, which IMO is one of the most powerful parts of his kit. Flat damage reduction and healing factor in particular (no offense Wall Crawler but when you’re on a Size 3 character it doesn’t come up super often). With his 4 physical defense and 6 stamina on his healthy side, Lizard is going to be the kind of target who PROBABLY doesn’t get attacked all game, because unless you can one-turn him he’ll go and healing factor and retreat making the job of finishing him much more difficult. And if you give him power he’ll get really annoying with his throw and spender.

Overall I am… reasonably whelmed by the Lizard. He’s not some meta defining splashy character (no matter what his sculpt would lead you to believe), but rather a decent if pillow-fisted workhorse tank. He’ll be wonderful to round out a tanky focused Spider-Foes team (between Goblin, Venom, Kingpin and Lizard who do you attack profitably?) and perhaps he could see splashes in Wakanda style lists who want a throwbot, though with his wack power economy I am unconvinced that you’d ever want him over Gwen or Valkyrie in the same spot.

Finally a shout-out to our partners who satisfy your lizard brain with the best MCP prices online: