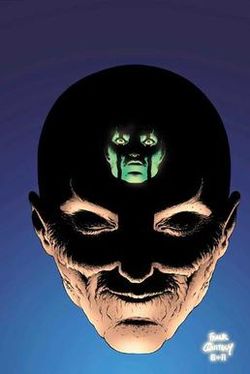 Another Tuesday, another First Impressions! This time: creepy bald lady!

Joking aside, I had ZERO clue who Cassandra Nova was until I did research for this article. The evil twin of Professor X who he tried to kill in the womb, she is a psychic and biokinetic powerhouse ripe with flashy body horror moments from the comics – she’s actually a super cool deep cut from AMG.

But enough about her origins, lets take a look at the card!

A very interesting spread, solid stamina for a 5 threat with a polarizing set of defensive stats. 2 physical is just asking for people to farm power off of beating you to death, but 3 energy and 4 mystic is nice. Hopefully some of the tech we’ll be covering here in a sec will make up for the glaring weakness.

Nothing much to say here that I didn’t already say in the Jean Grey article on the same attack. I will say that in Cassandra Nova’s case she has a much worse inherent power economy and a lot of power sinks so she will live and die on your ability to score power from this.

Holy moly. 6 dice range 3 with essentially a bow stapled on with that advance trigger. It also combos with Psychic Distraction (more on that later) to give a full power Cassandra Nova a MASSIVE high end output while maintaining mobility. This might actually be one of the best attacks in the game, especially considering it only costs 1 power. I expect like Enchantress, Cassandra will have a lot of r1 openers of moving up M to catch someone on a midline point and hitting them with some possession to pull them off their point and into the waiting arms of some heavy hitters. In fact, she might be a bonafide M.O.D.O.K. replacement in Red Skull Cabal lists because this will functionally become free against all but the tankiest mystic defenders. Setting up with stealth and just slapping around two people and bowing them (better if they’re faster) seems like cash money in certain setups.

A bit lackluster compared to Jean’s Telekinetic Force, this is a very cornercase spender. If you’ve got enough power to set this up against multiple people removing them from a point with the Explosive Force trigger and throw in some Psychic Distractions to dial up the chip you’ll feel like a genius, but it’s going to be hard to get that power if you’re spending everything on Mind Possessions and all her other cool tricks. Remember it exists but don’t build a game plan around how awesome it is.

Oof, two of the most annoying control statuses in the same ability? Admittedly there’s a bit of anti-synergy (skornergy for the WMH refugees reading this) between Mind Possession and Slow, but it’s still a HUGE pain. Again I’m still kind od concerned about Cassandra’s power economy so I am unsure of how often you’ll be applying this but if you can get her flush with power this is just yet another tool in her high end swiss army knife.

As someone who has been playing a LOT of Mysterio recently, this ability is the real deal. I expect a lot of Cassandra Nova turns to be Psionic Bolt into a Mind Possession to trigger a Psychic Distraction and moving Cassandra onto a point or away from a key enemy. It’s a ~68% chance of doing damage and getting the move with this, so not quite guaranteed but you should feel pretty safe getting the trigger in a pinch. And while I’m extolling the virtues of using it proactively, it can be just as great reactively. With “stealth” it means that enemies are required to trigger a window for this to attack Cassandra, which can do wonders for avoiding physical beaters going in for the kill. Proper use of this ability will separate the Jabronis from the Cassandra Nova Pro-nis.

And no, I will NOT apologize for that joke.

Brace For Impact on a stick for 2 power is very nice, especially for a character with 2 dodge dice. Not flashy or tricky but an important piece of the puzzle. Between Psychic Distraction and this you have a comprehensive set of tools to keep her alive (assuming you’ve got enough power).

“Stealth” by another name is a nice way to sidestep Marked For Death (which I have a sneaking suspicion will become an increasingly attractive tech with all the defensive rerolls and stealth options becoming attractive nowadays). Flight is pretty consistently a helpful tool for unpacking from deployment as I feel more and more table makers are being good about putting size 3 and 4 between the deploy line and the center line for objectives. And finally, Healing Factor helps with any physical attackers that get up close and personal with the evil Xavier twin. And perhaps more importantly, opens the door to X-Ceptional Healing to keep her alive. All in all the passives help round out her kit from impressive, if wonky, to scary top end Mystic beater.

Where does that leave Ms. Nova? Unclear until she’s given affiliations. But one thing is clear – like all great villains, she wants power. Cabal, Inhumans, and A-Force all seem promising to varying degrees. Brotherhood is theoretically nice but its a hard sell when Scarlet Witch already exists in affiliation. Captain America’s Avengers would go a long way to stretching her power economy, but again has similar options in-house already. There’s a lot of punch here but you’re going to have to put some work into your roster to make her shine. Will it be worth the effort? Unclear. One thing’s for sure – she’ll be a force to be reckoned with on the table if you get her working.

Finally a shout-out to our partners who always have the most monstrousdeals on MCP online: