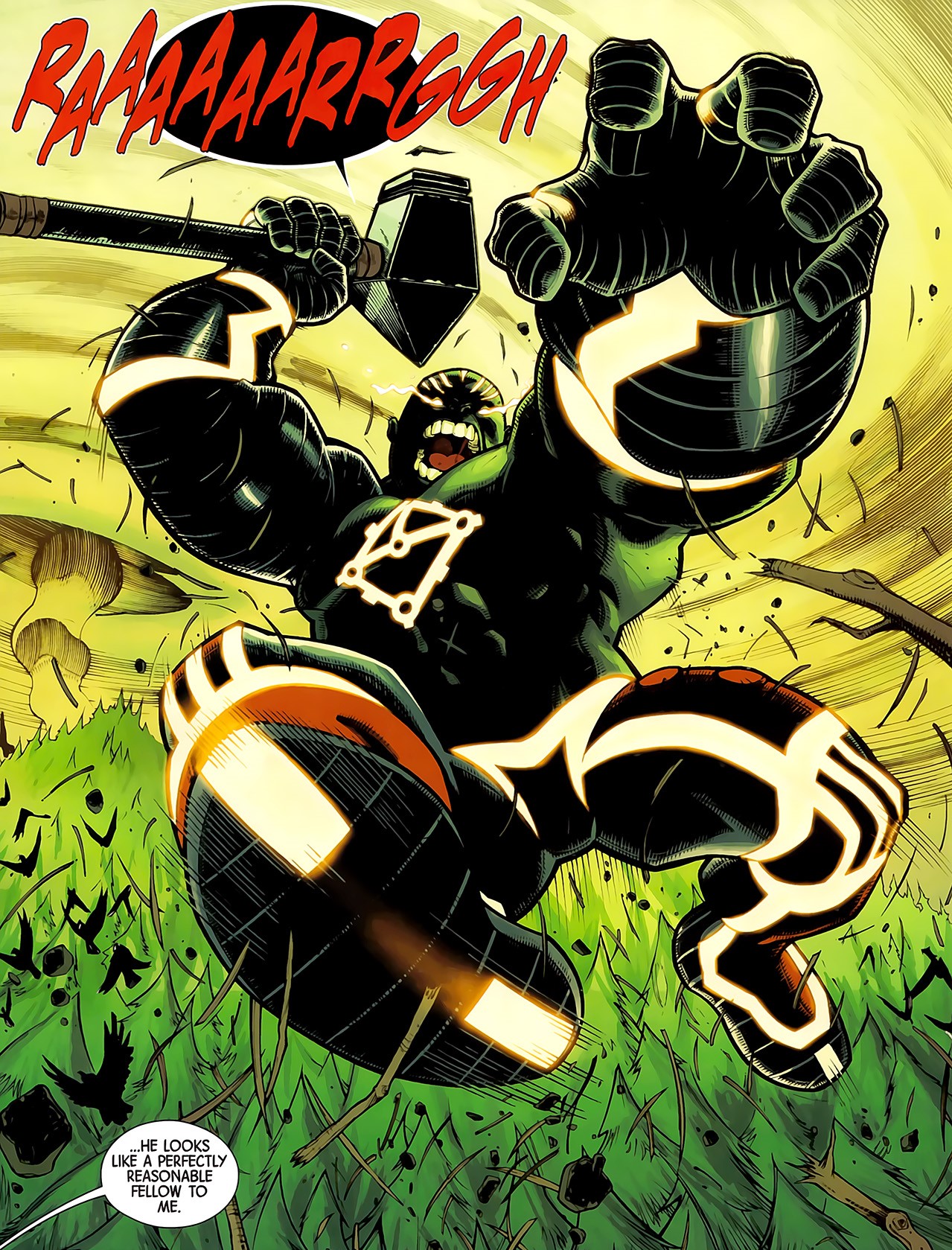 Heya folks, my internet name is HyperViper and I just made it through the first part of cuts in Season 6 of the TTS league. Which, if you don’t know, means my opinions now matter. For this article I am going to explain and showcase a number of turn 1 plays that Hulk can preform, both before and after his changes. I will be starting off each play’s section with the required parts such as Tactics cards, affiliations, and of course characters. Most of these work regardless of priority, but are obviously more powerful with it.

While the ideas here do work with the original Hulk, I am writing this with the presumption that the changes slated for mid November have taken effect. I am aware that as it currently stands, Enchantress can walk up and take one of Hulk’s cubes. But Amora’s days are numbered, and Hulk is Immortal.

Starting off with a classic, we have HULK CUBES. This play is going to require priority, the Defenders affiliation, the Tactics Pentagrams of Farallah as well as Advanced R & D(AR+D) , Dr. Strange with the Soul stone, Hulk and I recommend an AR+D target who generates 2 power a turn like Iron Fist or Valkyrie. For deployment, all that really matters is that Strange and Hulk are within portaling distance of one another and that Strange is within 5 of one of the side cubes. At the power phase, place the portal right on top of said cube. this ensures that no matter where Hulk pops out, he will be in range to pick up the first cube. From there, Hulk can move once to grab the center cube. Then AR+D comes in, where your 2 power generator either gives one power to Hulk or a power to both him and Strange if portaling is advantageous based on the Secure Crisis. Hulk then moves once more to the last cube on your side of the board, and bam you have the Hulk in a relatively safe spot with 3 cube fragments before your opponent has a chance to do anything.

Moving on from stuff that Xavier Protocols taught us, I would like to talk about HAMMERS. Cubes gives you 3 VPs a turn at the cost of a wee bit of damage to the 20 health monster you will then be playing tower defense with, but what this play will give you is a fairly safe monster who is hitting for a minimum of 7 dice on his weakest attack. Also 2 VPs but who cares about that. There are a bunch of ways to set this up across Defenders, Avengers and Midnight Sons. I recommend taking Ghost Spider whenever possible as she makes these plays much safer in all but one case, but she is not technically required for the play to work. Also, all of these methods aside from the Defenders version can work regardless of priority, since Hulk starts in a position where he can get to either hammer. If you do not have priority, Ghost Spider’s usefulness is significantly decreased because you cannot tell where Hulk will be going before your opponent takes one of the hammers.

Requires: Steve Rogers, Hulk, Ghost Spider, AR+D
Hulk Deploys right in the middle of the board, within 1 of the closest Hammer. Ghost Spider is your last deployment, and she is going to go behind the hammer on the side you want Hulk to end up on. Rogers placement is not important to the turn 1 and will depend on what kind of opponent and crisis you are playing into. Starting your first turn, Hulk grabs the hammer right in front of him, then uses the Steve-discounted 2 cost Gamma Leap to start heading towards the second hammer of his choice. AR+D gives Hulk one more power to grab another hammer, and you have plenty of movement to be able to wiggle yourself into the absolute best spot you can think of, and ensure that Ghost Spider is in range to use a discounted 1 cost Life Saver. A possible counter-play includes any character that can turn 1 displace Hulk without attacking him, like Enchantress, Mystique with Deception, or Thanos. Even if he does get displaced, your opponent then has to burn through 20 health and most likely just gas him up for next round where he will have tons of power, some stacks of Rage, two hammers, and priority since you went first and have a 6 threat.

There is also an extra evil option in Steve Avengers you might consider if your opponent has no way of safely getting the hammer you leave on the other side of the table and retreating a sizeable distance. Black Cat. If you have a 2 power a turn character, when you give a power to Hulk you can also give one to Felicia. Black Cat now has 2 power, which with the Steve discount is now enough to use her double long move and steal the opposite hammer. In order to be safe from this, your opponent has to have the ability to grab a hammer and move at least as far back as a Medium Move off a Medium base.

Requirements: Sam/Hulkbuster, Hulk, Ghost Spider, a 2 power generator, AR+D, Avengers Assemble
Hulk still deploys centrally, and Ghost Spider still deploys behind where you want him to end up. Hulk first uses Avenger’s Assemble, and most likely is the only character to do so, move just to be on the edge of 1 of the hammer he started out being right next to. This is important because hammers increase the cost of Tactics cards, so if we had grabbed the hammer before using Assemble Hulk would be out of power after his first move. This way we can use Hulk’s inherent 3 power to 1) Get basically a move action 2) Grab his home hammer and 3) Have enough to grab a second hammer. From there you just need to AR+D a power over to Ghost Spider because without Steve’s discount, she needs 2. This either comes from Sam himself because he has nothing better to do, or a 2 power generator like Iron Fist.

Requirements: Blade and enough Sons to be affiliated, Hulk, Ghost Spider, AR+D
This one is actually incredibly simple. Hulk starts in range of a hammer, bumps towards a second and double moves to pick it up. You still have a good amount of wiggle room with the placements. Ghost Spider needs a power to Life Saver the big guy, so if that looks like what will need to happen make sure someone like Iron Fist can give her a power. Man, that guy pops up everywhere!

It should also be noted that Hulk can get to any midline extract with a single move and bump, so he has access to extract shenanigans in the same way that Strange and Voodoo do. Hulk has more than enough room to move, bump, grab something and move back.

Since I have shown that a range 1 bump lets him do this, Hulk’s own Gamma Leap does allow him to do generic midline extract plays in any list with AR+D, or Steve Rogers Avengers without it.

Requirements: Priority, Dr. Strange with the Soul Stone, Hulk, Pentagrams of Farallah
This one actually doesn’t require Ghost Spider or AR+D at all. Imagine that! So, with priority you place Strange in the middle, and have Hulk on the side of whichever hammer you want. During the Power Phase, have Strange place a portal at max range 5 directly towards the hammer on Hulk’s side. Turn 1, Hulk double walks up and grabs the hammer, then takes the portal back to the deployment line to grab the home hammer and ends his turn. This one is reversible as well: Hulk can start next to Strange, grab a hammer then portal to another one before walking back twice to safety. In either case you get a 2 hammer Hulk at your deployment line.

That’s pretty much all I have got today. Oh, the thumbnail image is from Fear Itself: Hulk vs Dracula, which is very dumb and very fun. My Discord is hyperVIPER and I am fairly active in both the TTS and generic MCP discords, feel free to DM questions if you have em. Thanks for reading!