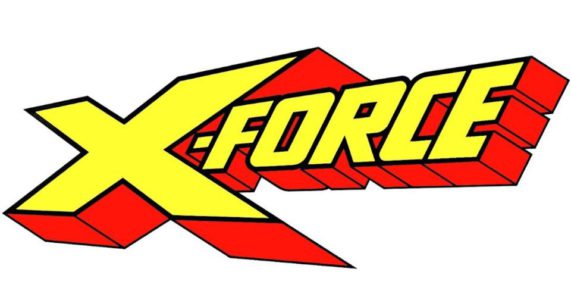 Hey all, first of all I know I need to get the crisis article out that will be next I promise. Between getting back into school and preparing for the S7 TTS League I kinda fell off the consistency train. Anyways, if you have been looking in the world of X-Force you probably saw my most recent rosters, and can tell there have been some serious changes. So let’s talk about why I ended up going with what I did and my decision points.

Looking at the characters there are some notable differences. First of all we dropped Space gem Loki. This is due to some other inputs that happened and me feeling I had a really good 15 or 16 by putting Shuri into the roster. Don’t get me wrong Space Loki is really good here as counting blanks can be a massive attack. It just came up that Loki would come in for certain matchups and sure he is annoying but strange can be more useful in a lot of those situations. So we dropped Loki let’s say for Shuri. Shuri allows me to run the core, Shuri, and Zemo at 16. Let’s talk efficiency! so this will be Researcher or Cosmic Invasion. The exact lineup might change a tad but let’s focus on Researcher. I have X-23 doing the majority of the work. Zemo providing rerolls, X-Force rerolls, Shuri rerolls soooooo minus some skulls happening X-23 will really be laying some damage, and not taking as much with the amount of rerolls she is getting. not to mention Cable should be nearby boosting that to 5 dice on defense. Then we get Shuri having impact on the scenario with her pushes. With me taking mostly central secures Shuri just seems like an obvious placement here, and then doubling down on that reroll advantage. Depending on power X-23 can do a spender round 1 due to No Matter the Cost, 6 dice, natural reroll, Zemo reroll, and then up to 2 Shuri reroll’s as that is the most power she will have at the time 23 will be activating. Best case scenario Shuri has 3 power and you’re then sitting at 6 dice with pierce, and 6 reroll’s available to you so even if you rolled all blanks you still get to have agency to get that damage out there. Then we look at defensively. 3 dice, natural reroll, Zemo reroll, and up to 3 Shuri reroll power dependent of course. Getting even better results when Cable is boosting of course. With it being hopefully a central secure this really just happens. If you thought 23 was a pain to take out before this will be more fun! Granted yes I understand rerolls have a diminishing return as you can always roll a skull but still thats a 1/8 chance of happening and why not double down what I am doing already right? So far this has been working pretty well and I truly enjoy the efficiency I am getting out of it.

Next up, we dropped Rogue and Omega Red and we have Medusa and Doctor Voodoo for our 4 threats. Doctor Voodoo for Rogue was honestly sad. I really love her her but in this current meta of stealing extracts and having agency on VP he is almost a necessity. There is a common thought in competitive MCP that you need either a Voodoo or a Black Cat in your list. Cat doesnt get to really abuse anything in X-Force so I go with Voodoo. Black Cat works well when you can give her power and I have no means of doing this for her to steal. What I can do though is utilize Voodoo to stop a person from scoring potentially 2 VP with one model. So that explains him. Medusa on the other hand is just nuts. She always has been great in X-Force and even with her “Nerf” she is still amazing. You won’t always hit the flurry but being able to Royal Decree Badger or 23 around is amazing. I have really fallen in love with a game plan of RND round 1 Medusa walks Royal Decrees 23 up and then she just goes to a point. Sure she isn’t attacking but she gives me agency to not need Cat and Mouse on 23 as well the Royal Decree move is farther up the board than Cat and Mouse. Then being able to do Royal Decree on Badger after your opponent tries to displace her is huge. Another big thing is I have badger applying Anklebiter to character X. Medusa activates, dazes Character X, Royal Decrees badger to Character Y and boom Anklebiter just became even more annoying. Medusa is just solid, I think if you are playing X-Force look at her for an out of affiliation 4.

Finally, the last change to characters is Bullseye. This comes in with Shuri being added as well since now I can run a decently wide enough 15 that has agency on Gamma that I am not upset with by any means. Plus how many times has 23 or Medusa left that pesky character on 1 health. Well now Bullseye threatens a daze still when this happens. He really is just here to give more flexibility on point values especially 15.

As I noted above we are now playing Gamma due to the list that I can now create here. That really is it, I think this is a super stellar 15 for X-Force and has a lot of agency on the VP control and killing factor. The other 2 secures are pretty standard. Voodoo is great on demon’s and with me bringing Jonathan now I can effectively not let anyone take incinerate and keep pushing the aggression into my opponent. Then Infinity is Infinity. For Extracts we have Kree core still, Hammer’s still and then we went with Senators. Inputting Voodoo in here allows some pretty fun plays with Senators that can catch your opponent off guard, I still don’t think we bother searching for the senator, just focus on the kills. If you happen to get it then well there is 2 VP. So nothing crazy with the crisis change ups other than Gamma and Senators. Hopefully it works out.

Some big changes here, first let’s talk about Jonathan. Oh boy was I wrong about this card. It also explains the inclusion of RnD. I think Jonathan is actually amazing and playing it round 1 is definitely worth it if you can make RnD give you more than just Jonathan. For instance, RnD to medusa so she can royal decree, and badger for Jonathan, or Strange so he can scalpel, or zemo so he can charge, regardless of what it goes to it should be funding something other than just Jonathan. If that is the case then I don’t think that it is worth it. Including Jonathan has resulted in me going all non pay to flip secures. On average Jonathan scores 3-5 VP a game….. 3-5! like this is huge. You should be applying enough pressure that your opponent doesn’t have the opportunity to go remove him, as well you can just drop him again later when you have cleared a point or a flank. Typically speaking though Jonathan is great on Demons, or a D shape. Gamma I haven’t found much use for him as Cable Shuri or Bullseye are fine on the back point and don’t typically advance too terribly much. However you do have the option to take it and maybe make a Lil Sis move onto the back point and drop him potentially gaining 3 VP off Badger which is kinda nutty. Regardless Jonathan is good if you are playing Badger I highly recommend it now and fully admit my initial thoughts of this card were wrong.

RnD I mentioned above why it is here now. Field Dressing and Bitter are chosen because I am playing mostly central secures, as well Field Dressing is just money when badger can go and pick 23 back up or you can use 23 to pick badger back up for a much needed bodyguard. Then Blind Obsession comes in to just double down on damage when you can bring it. Tactics are tight and hard to pick here as you are almost always bringing No Matter the Cost and X-Ceptional Healing. Cat and Mouse I have learned to ditch occasionally if I don’t need it. Then Jonathan and RnD come in from time to time. To me Brace is a great option but with playing mainly central secures or even ones that encourage a fight Bitter is just too good with anklebiter around. Let me make you a 1 def and enjoy that!

Why Play X-Force When GotG Do it Better????

Alright so there was a point this last week where I was almost convinced to run a GotG list that utilizes badger and 23. I almost went with it but to be honest I got a lot of people telling me I can’t. I have been pushing X-Force so hard over the past few months and writing these and talking to people about X-Force just to drop them when I get a chance to prove everything I have been working on and forcing down everyone’s eyes to read? That and with where the list is at I actually am disagreeing with “GotG do it better”. So first and foremost my apologies for almost turning my back on the X-Force fans and not attempting to show everything I have been talking about for the past forever. Now onto why I disagree with this statement.

So that is why I think X-Force still does the same gameplan but actually better than GotG. In my opinion GotG have one big advantage and sometimes its not that much of an advantage and that being numbers.

This covers my S7 TTS League prep and what I have done to my roster. Hopefully you enjoyed this read!

If you have not checked out the other X-Force articles here they are! https://acrossthebifrost.com/category/blogarticles/articles-from-the-danger-room/

Be sure to check out other articles and content creation on Acrossthebifrostnexus.com

As well don’t forget to support the game stores out there!

Also if you haven’t, check out The Danger Room Podcast on your favorite podcast app or however you listen to them, we put out weekly content with a competitive focus with topics ranging from meta picks, to understanding competitive concepts, and pretty much anything under the sun that could be looked at in a competitive mindset! We also have a discord that you can join, chat and ask anything you like https://discord.gg/ZXnTbxQ468