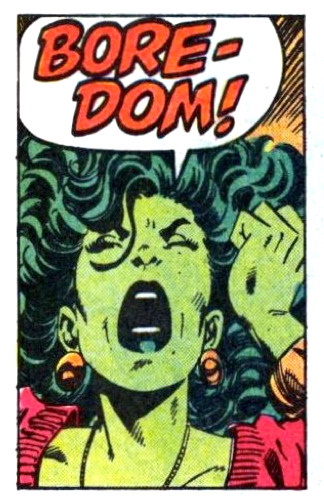 We have officially reached a point where we know nothing about upcoming characters. When I saw this coming, I wondered if it was the first time in the game’s history that this had happened, and what to expect for the next few months. After doing some research, I figured I’d write an article, sharing with all of you where we’re at.

First of all, let me share my work; you can see my CP Box Reference spreadsheet here. Let me explain what I did here. Look in particular at the Upcoming Calculations sheet.

I already had all the US release dates. I only was interested in character packs, so I took out everything else. I added a “Twitter Reveal” column. This is the first time at least one character from that box was fully revealed to the public on Twitter. I did not count partial reveals (where they only show part of the mini) or silhouettes or any other hints; only full photos of the character.

The last column is the most interesting to me. It looks for rows in which the Twitter reveal is before the current row’s release date, but the release date is after the current row’s. Basically, this column shows, for a given box, how many boxes we knew about at the time it released. So, for example, Thanos shows a 4 because on 7/10/2020 (when Thanos was release) we knew about 4 upcoming boxes (Miles and Gwen, Green Goblin, Dr. Strange and Wong, and Ant-Man and Wasp).

Looking at the Months of lead-up column, we can see that it’s all over the place. The lowest is Ghost Rider, who took one day less than a month from first reveal to release. The highest is Miles and Gwen, who took just over a year from them first showing off the models at Gen Con 2019 to actually releasing them. But I’m more interested in that lowest number; it tells us that it is very unlikely that a model will get significantly less than a month of lead-up.

If something was coming out in May, it would probably already be revealed by now, especially since new releases almost always happen on the second Friday of the month. If something is coming in June, it will probably be previewed in May. If (as many have speculated) we’re not getting any new reveals until Ministravaganza in June, it means we won’t have any new releases until July.

How bad is the preview draught?

Looking at the Upcoming at time of release column, we can see that this is indeed unprecedented. This is the first time in the history of the game that we know nothing about upcoming releases. Before 2022, the lowest number was 3. Before 2021, the lowest was 4. Now we’re at 0.

It’s plain to see that this number rises and falls in waves, and has definitely trended downward over time. It seems like the number of known future releases has gotten smaller over time, probably indicating a slowing in future releases

We’ve had release gaps before, right?

Well, yes. Let’s assume that speculation is right, there are no new previews until June, and no new releases until July. That means we got new releases in April, nothing in May or June, then get something in July. 2 months off has definitely happened a few times. The first was April and May of 2020, when all of Asmodee stopped doing new releases, so we can’t say for sure if it was originally part of the plan. After that was March and April of 2021, then again in September and October of 2021. These may have been production issues as well, but seem more likely to be at least somewhat planned.

The difference is that all of these had at least two months of releases before and after them. So, in the past, we have never had a 4-month period where only one of those months had releases. But there was nothing in March of this year, so if there’s also nothing in May or June, this will be the first time for a 4-month period of nothing.

The sky is not falling

I wanted to conclude by saying that even though we’re in an unprecedented lull, you should not let it worry you. It’s possible that various production issues have made it more difficult to keep up the same schedule. This might involve factory shutdowns, or dividing their development staff, or any number of other reasons we aren’t privy to. For that matter, this might have been the plan all along; they might have planned to rush out the first 100-150 characters or so, then start to slow down after that. We have a lot to play with now!

Whatever the reason for the slowdown, I’m certain more is coming. Even if this is the start of a new, slower pace going forward, we’ll still get to see lots of interesting new characters. Until then, we can have plenty of fun with what we already have. I personally intent to catch up a bit on painting.