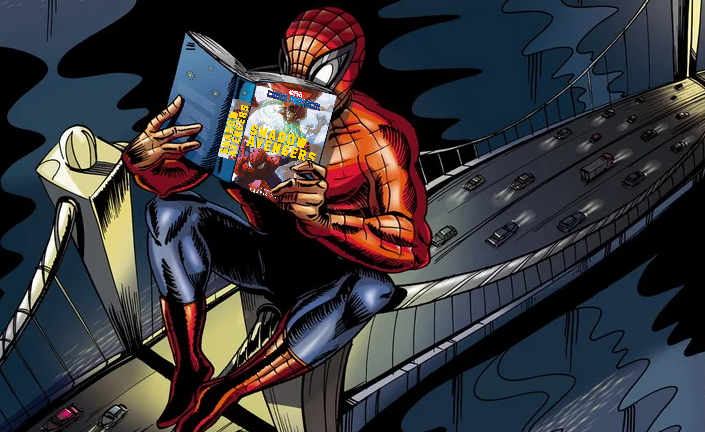 Another Marvel: Crisis Protocol novel came out about a month ago. I would’ve written an article about it sooner, but (a) I was pretty busy and (b) this one is pretty light on game info, so I considered not even writing an article. Still, there’s a bit in there, so here we are.

If the concept of a Marvel: Crisis Protocol novel (and why I’m even talking about it) is blowing your mind right now, I explained a little more detail in my article about the first one. So it might be worth catching up first.

Again, I’m not a book critic, but I would rate this one higher than the last one; probably at least an 8/10. Noticed at least one weird editing mistake, but there weren’t any massive plot holes or awkward attempts to reference the game. There also weren’t any pointless fights between groups of heroes because of a misunderstanding (which is my least-favorite superhero trope). Everyone’s motives largely made sense through the whole thing. All the characters are well-depicted, and the plot has a good amount of tension.

Basically, if the idea of a prose novel about Marvel characters is at all appealing to you, I suggest giving this one a try! It is technically a direct sequel to Target: Kree, but the links between the plot aren’t super important, and I think this one can stand on it’s own perfectly fine (if not better).

All that said, I’m going to try and keep spoilers to a minimum. There are a whole lot of characters in this novel who are already in MCP; Ms. Marvel, Doctor Strange, Spider-Man (Peter Parker), Black Panther, Shuri, Okoye, Luke Cage, Dormammu, Venom, Green Goblin, and almost the enitre Asgardian roster. Not too many non-MCP characters appear, though. Just two, and both only sorta. But here they are.

The sociopaths they fought against didn’t play fair, and they’d take their ire out on family and friends if given the chance. That was why Luke had eventually realized that he could only be with someone who was able to hold their own. Jessica Jones could do that and more. She’d keep their daughter safe while he took care of business here.

Jessica is name-dropped quite a few times in this novel, but if anything, it’s an explanation of why she isn’t in the game, rather than a hint that she will be. Within the continuity of the novel, Luke and Jessica have already had their daughter, and she’s at home taking care of the kid while he’s saving the world.

Still, I hope we do eventually get Jessica added to the game. And, based on what we’ve seen here, you can bet that when we do, she’ll have a team-up ability with Luke.

T’Challa stepped closer to Okoye, moving with a deliberate slowness. As he crept forward, his eyes scanned the plate mail and sword, which were both in good repair despite obvious frequent use. A series of Asgardian runes ran along the pommel of the blade, their deep-etched outlines readable from a few feet away. After years of study, he could read the language, but the warrior’s hand obscured half the runes. It didn’t matter. He had what he needed to begin a negotiation and determine the interloper’s intentions. Did he come as a refugee, or an advance scout for some otherworldly invasion party, or something else entirely?

“Asgardian,” he said politely. “I am King T’Challa of Wakanda. I am friend and companion to Thor Odinson, and I greet you in peace. What are you called?”

The giant looked down at them both for a long moment of silence, the eerie green glow fading from his eyes as the energies of the portal released their hold on his body. Then, he said, “I am Heimdall the All-Seeing. Stand aside, king. I have no wish to harm a friend of Thor.”

Heimdall, unlike Jessica, appears on-screen in this novel; he’s in it quite a bit. Now, I hear you… we already know about him! He’s not a spoiler! Well… sorta. The silhouette tease of Heimdall and Skurge was posted on Thursday, May 5. This book was released on Friday, May 6. The official announcement of CP102 happened on Monday, May 9.

Which means that if I had been extremely dedicated and spent my whole weekend doing nothing but read the book, I technically could’ve put this article out before we had official word that Heimdall was coming to this game. I say technically because of all the silhouette teasers we’ve ever gotten, this was one of the most obvious. Everyone basically already knew who it was when they posted it.

Unfortunately, in my opinion, this novel points in the direction of a pattern with these that makes them not super useful for spoilers. The last novel featured Dormammu, Doctor Vooodoo, and The Hood, coming out the same month they were revealed. This novel did the same with Heimdall. The timing is too perfect for those characters’ appearances to be coincidences.

Meanwhile, the last book was full of casual, off-screen references to other characters, while this had almost none. What’s the difference? Well, they had different authors. I’m guessing the authors were given some liberty, and the last one is more of a fan of a lot of characters who aren’t in the game yet, like the Masters of Evil and Wonder Man. This author seems to have decided to stick closer to what they were given.

What this probably means is that for future novels, I’m going to have to read them fast; possibly in just a couple days, if I’m going to learn anything from them and get an article out of it. Whether or not that happens will depend on how busy my weekend is when they decide to release the next one.

All that said, I think I’m enjoying the series enough to keep reading them for pleasure, so I’ll probably keep writing these articles, even if they don’t provide a lot of insight about future characters. Heck, maybe someone at AMG will read this and decide they should give tie-in spoilers an extra week or two, in order to give readers a treat to hunt for.

Either way, hope you enjoyed this article! See you next time.