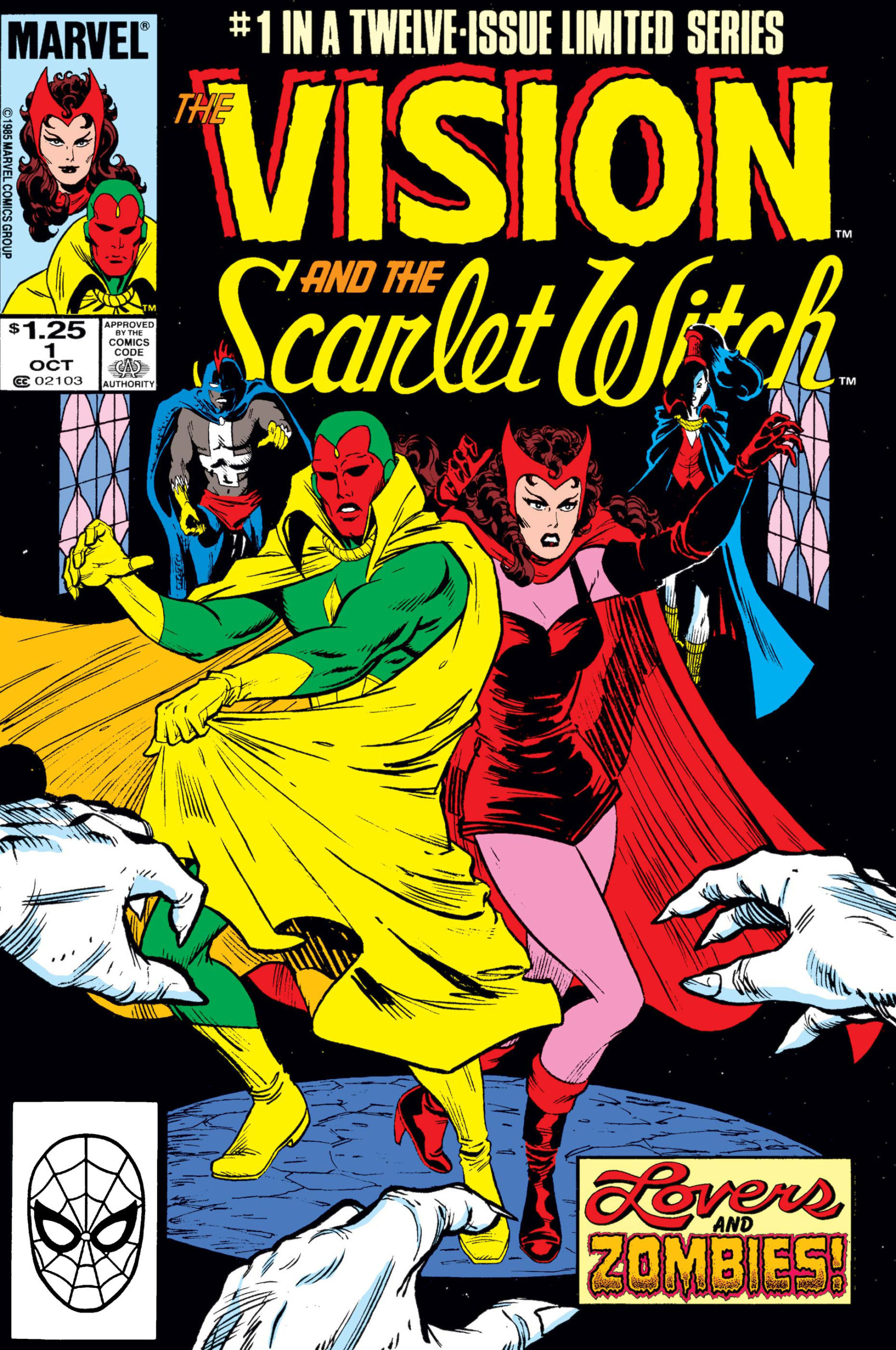 On the eve of Season 5’s list lock (already list lock in OCE/East but as a best coast American there’s still a few hours yet), I come to you with five quick and TOTALLY bold predictions of what to expect for the first half of Season 5. Now join me as we find out how many times I can say five in this article (hint: it’s more than 5)!

5. Thanos will be Obnoxious but not Ubiquitous

If you don’t know why Thanos is the talk of the town, I highly reccommend checking out our four part series on Black Order’s season 5 meta relevance starting here

But beyond Black Order being an attractive choice currently, with Hired Muscle banned but the forbidden tech of extract theft still known time gem Thanos is a potentially meta defining character. You’ll see him in Black Order, Brotherhood, Avengers, hell even Defenders has a really nasty Thanos game plan by portalling him through to grab a ton of enemy side extracts with impunity. If their crisis game plan is disrupted they can fall back to whatever “fair” setup they have and play normally, but if the stars align it’s going to be a throat punch on par with Hired Muscle. We’ll talk more about this later in the article, but I expect Thanos (and Black Order) being a rising star to cause big game hunters like She-Hulk and Angela to rise in value (especially as most big game hunters are big game themselves), alongside extract thieves like Miles and Enchantress.

All that said, I am unsure of how much presence Thanos shenanigans will be. We saw in season 4 while Hired Muscle was essentially an auto-include to have an answer to an opposing offensive Hired Muscle, very few players were proactively playing the HM game plan. I guess the community largely frowns upon negative play experiences to the point where people self-censor, and I am expecting this to play a role in the play rates of Thanos now. A lot of people will probably bring tech afraid of having to deal with him, but not a lot of people will actually want to play the role of meta bad guy. While I could be wrong here I really hope I’m not because big daddy T can be downright obnoxious when set up appropriately.

Man, I love Asgard. Maybe I’m biased as I’m taking them this season (spoilers!) but I think they are in a WONDERFUL place in the meta as it stands. Despite the Hired Muscle ban they are still one of the premier Extract affiliations thanks to Enchantress and Angela, while being very nasty heavy hitters across the board, and a nice layer of control and attritional advantage through their abilities.

Every Asgardian except perhaps Hela is good enough to be splashed in other Affiliations, and their Tactics are still some of the best in the game. Odin’s Blessing is key for preventing dazes, either in an attritional slugfest or just trying to get Angela home from grabbing the extract in one piece. Rainbow Bridge can be used offensively or defensively to great effect, and Sibling Rivalry’s stock continues to rise in my eyes, as more and more ideal Stagger targets take to the field.

On top of that, their crisis spread is one of the most flexible right now. Great at forcing D secures, but love a good ol’ fashioned E brawl on gamma just as much. Great at perpetuating or defending against extract shenanigans, and thanks to the Leadership healing and removing statuses they can play just about as fast or as slow as the crisis demands. I expect great things for the first half of Season 5 with Asgard, I had better not disappoint!

3. Brotherhood Will be Ubiquitous But Will Not Perform Consistently

I wonder how much crap I’ll get from this.

“But Quicksilver and Scarlet Witch are amazing! Alongside Magneto how can you lose?”.

Yes, Scarlet Witch is a great top end beater with wonderful typing. Yes, Quicksilver is a novel new scenario player with first turn extract plays and can steal extracts in a pinch. And yes, all the stuff that used to be great about Brotherhood is STILL great. But I’m still not sold. I’m expecting the Brotherhood to have a few key problematic matchups that are going to prevent them from showing up big in the first half of the season. Black Order, Asgard, A-Force, and certain Cabal shells can all out-fight Brotherhood, and some of them will even out-play on the scenario. Some of the matchups that they would hunt the most mercilessly like Wakanda and Avengers just aren’t incredible right now (outside of the Thanos Avengers shell which I don’t think Brotherhood likes dealing with).

Additionally I think the broad appeal of Brotherhood is going to cause a LOT of bad team building as we start to get into things. Lots of players insisting on playing both Magneto AND Scarlet Witch together in inappropriate scenarios when they need to be wider, using Quicksilver when Mystique would be the better choice (and vice versa), et cetera.

And just to be clear, the top percentage of Brotherhood players will do just fine. But, I think those people would have performed solidly as long as they didn’t take a bottom tier roster. This is purely speculation on the middle of the pack and below. Which I’m guessing will be largely inflated by the Maximoff twins being the new hotness on the block.

2. People will continue to sleep on A-Force

A-Force has not been getting enough love. There, I said it.

In a meta with retreating extract plays and attrition beatfests likely to take center stage, She-Hulk with a Special Delivery off of Angela into the center of the board is a nice way to solve both meta factors at the same time. BUT I’m still not expecting people to get them into the top 3 affiliations present in the first half of season 5. For whatever reason people on the whole seem to be somewhat uncomfortable playing around She-Hulk as a focal point. But regardless of the reason they are chock full of strong characters and tactics that make a lot of sense right now.

Need to hunt someone down? Special Delivery. Need to turn off some Web Warriors’ push tech? Stalwart Determination. Afraid of Black Order or some other nasty bruisers hunting down your heavy hitters? A-Force Assemble. All with access to a ton of cool utility characters and multiple bodyguards to keep everything together.

Now admittedly after calling out the weirdness of their absence from the meta I am not going to be playing them in Season 5. While they were on my short list, I just didn’t have enough games under my belt with them due to real life to justify locking them in and feeling confident that I had maximized the utility of all my card slots. Perhaps in season 5.5 if Web Warriors don’t lure me in!

1. Wakanda Will Not Show Strong

Sorry Australia but I’m calling it now: Wakanda will NOT win this season or have good presence in the top 16.

Secure focused play is at an all time low right now. Extract plays are in vogue and often involve retreating after gaining an advantage on the extracts while maintaining parity on secures. Pushing them away isn’t necessarily that big of a deal. So if the secure is one they can comfortably stay close on (i.e. NOT gamma) they have a huge leg up. And the teams that aren’t doing extract shenanigans will probably be heavyweights in attrition which can be dangerous for Wakanda, especially if that means Scarlet Witch is going to Asteroid M up late round 1 to double tap Black Panther to prep for a KO with priority going into round 2.

Now perhaps the Australian’s love for Wakanda will overpower this meta take – after a certain point the strength of a pilot can buck the trend, but without releases making Secure-focused play able to work more reliably and/or outpace Extract shenanigans it’ll be a tough sell. And if I’m wrong I’ll gladly take a pie to the face for my hubris (preferably Rasberry or Rhubarb, though I wouldn’t mind Apple).

That’s going to wrap us up for these quick Season 5 predictions. Let me know what predictions I got wrong / things I slept on here! Also make sure to check out the Roster Doctor on Facebook, Youtube and Anchor.Fm!