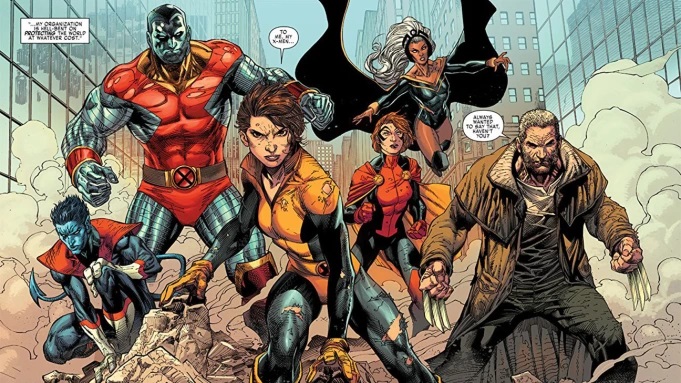 In the last article I was going over my primary six characters in the roster and now I want to dig into these final four slots. There are so many interesting choices and we just can’t bring them all. But it might be worth trying them all over various games. Many characters take being on the table to really see how well they fit in. And I think this applies more to X-men than to most affiliations. Now let’s do this…To Me, My Xmen!

I am constantly changing my mind about each of these options. Which is why I have decided to present these as a sort of duels. There are 6 characters that are likely high on most people’s mind but they often battle with each other for specific spots in each team. Be ready to make some hard choices.

I keep bouncing back and forth on this duel. I think many players favor x-23 for her sheer damage potential and consistency, but I honestly believe this is a much harder choice. Gambit bring a nice mix on control with his Bo Staff Push that affects size 3 characters. He also has his own version of Parting Shot which can help with him stay alive. X-23 has a defensive reroll and Healing Factor which can keep her on the table longer than many three threats.

There is also dual affiliations to consider. If you want splash in Brotherhood, then Gambit value increases. If you are an X-Force fan then you will likely take X-23 without question.

The roster definitely needs a two threat but which one to bring? Honey Badger is affiliated and incredible synergy with X-23 if she has made the cut. (Get it…Cut!) But Badger can’t interact with Flip Secures which be a concern. Toad brings an interesting option that is great for going after extracts and has increased interact range. Both of these are very viable choices for an X-men team. You can also very easily bring both if you want the flexibility.

Just like the prior duel, Toad is in Brotherhood and Badger is in X-Force. If you have a dual affiliation in mind, that may help make this choice a whole lot easier. If you want the roster to flex into Wakanda, I also think Okoye could be a very viable choice.

This is an iconic duel, or at least it should be! Both of these options are 50mm, Medium Mover, Three Threat characters. Beast is affiliated and benefits from First Class. Lizard is more of a tank and has Healing Factor which can synergize with X-23 builds by giving more of your characters access to X-ceptional Healing. Lizard can throw Size 3 characters but Beast’s throw only costs two power. Beast hits a touch harder but Lizard has a nice push if he gets a wild. Both of these guys have 4 Physical Defense which makes them great on Mutant Madman and that is one of my favorite Crisis Cards for X-men.

I do think it is worth mentioning that Beast is an Avenger and the unaffiliated characters already have 2 Avengers so splashing Sam Wilson could be an interesting option to keep in mind. I really don’t see me integrating Spider Foes into this team but if that appeals to you, then Lizard might the best call.

After you decide which of these 3 to run, you will need to also choose a 10th character. It could easily another one of these 6 options or it could another leader like Cable, Mystique, Magneto, Blade or Sam Wilson. There isn’t any shortage of good options to try. And honestly I suggest rotating through a few variations and see which feels right for you.

There may be a point down the road where I feel like one of these becomes an essential character but until then, I will end this by saying that the most OP thing you can do is dazing two both Omega Red and Ms. Marvel with Gambit because of Kinetic Ace, A Little Something Extra and Explosive.