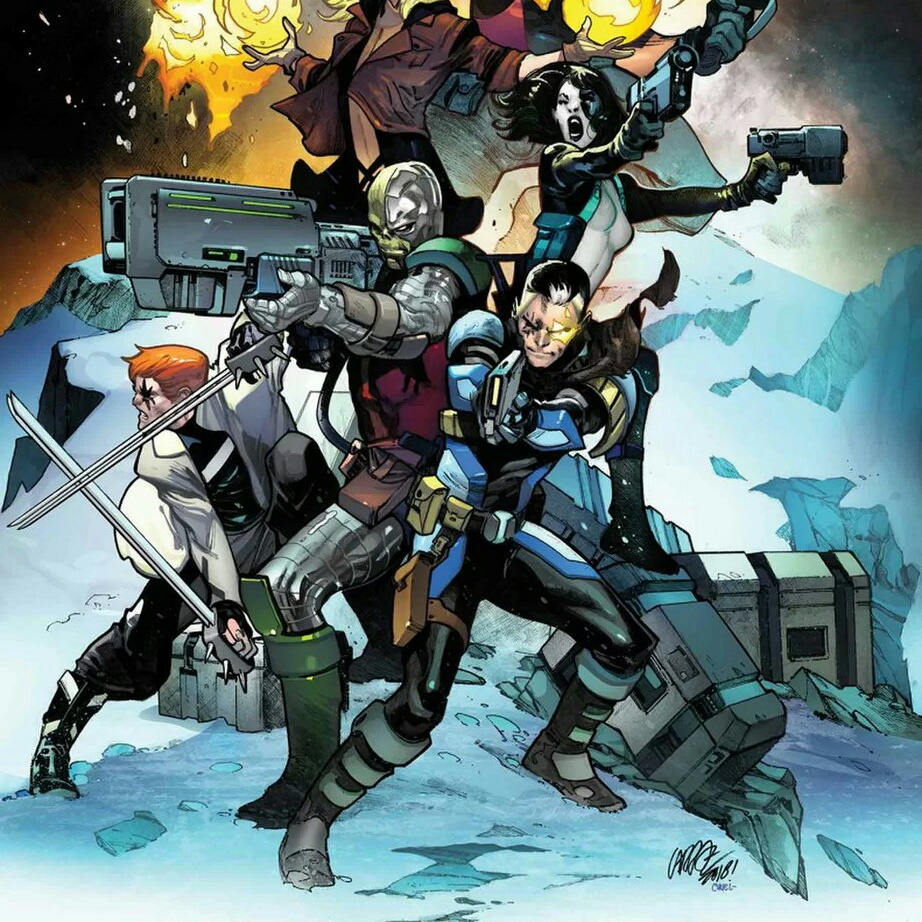 Well, after the bevy of first impressions we’ve done here over the past week:

I did not expect to be writing a FIFTH First Impressions before the week was out. But here we are:

As spoiled on a Team Tactics Talk on AMG’s website:

We get to see two new cards, a fun reprint of a classic, and a text description of the final card. Without any further ado, let’s get into it!

I’m just going to come out and say it – I do not like this card. Typically you’re only going to have 3 X-Force characters in a team, splashing 1-2 characters for your 4 and 5 wide teams respectively. That means you’re spending 3 to gain 6, or more accurately – risking 3 to potentially gain 3. And the game has an ever increasing roster of top end heavies that are very difficult to one round – M.O.D.O.K., Magneto, She-Hulk, Thanos, the list goes on. So this is a risky, matchup dependent card that doesn’t have a cool payoff like VPs on Usurp the Throne. MAYBE this sees play if you have a particular X-Force character with too much power on their hands, and another one desperate for power, but I sincerely doubt it.

Next up, we have the really exciting one – Cat and Mouse. I almost feel like I have to make a standalone article about how cool this card is.

FOR FREE, at deploy, you get to reposition an X-Force character r2 of itself. The only “cost” is you can only make one move action that round but considering you’ll probably be using this to set up attacks, its no big loss. But lets go through the possibilities, shall we?

Cable can Cat and Mouse forwards, body slide by 1, and be on the middle line of the board double tapping into the enemy deployment line while still being relevant on scenario (I’m starting to see how he broke Drop Off). With Advanced R&D he can even pick up an extract like a Hammer before going weapons free. He can also be used for defensive scenario play – Cat and Mouse forwards, walk onto an extract, pick it up, R&D a power and Body Slide By One back to safety. Cable is obviously the primary target for this card but the others aren’t quite so bad. If you want safety over multiple attacks (rare but possible), you can even forego one attack to move instead of Body Sliding up so you can afford Pretty Sneaky Sis (from Deadpool/Domino’s box) to give yourself super-stealth on the midline. A bit niche considering Cable is the only one who would benefit but perhaps a key element of a key matchup (immune to red skull cubing a r3 attacker forwards to double tap, or a counter-X-Force play).

Any of your medium movers with Cat and Mouse reach the midline with one move thanks to Cat and Mouse. That means you can eke out Domino’s rapid fire, Wolverine’s Adamantium Claw Slash, or even try and go off with some excessive Bang!ing from Deadpool. Wolverine can Cat and Mouse into threatening a Berzerker Barrage with No Matter the Cost onto his midline point, or Deadpool/Domino can double tap anyone standing on a midline point. In general this card opens up a bevy of powerful round 1 attrition / threat plays, and best of all it doesn’t delay your hitter’s priority like having to go with Red Skull before your teleportation target does. If my ramblings haven’t convinced you of the potency of this card, just trust me it’s an autoinclude in X-Force rosters.

Finally we have only a text description for Warpath:

Holy moly. This is the ultimate “Fuck Shuri” card. Due to her bizzarely high dice pool, she consistently does damage with her push. Which means you can pay the power you gained from her plinking you for one to totally negate the push, or even come out a bit ahead if she had a bad push angle. This is a huge deterrent for Wakanda players trying to figure out a move->attack line or Wakanda Forever plays where you getting back means you can unleash violence with your next activation.

Outside of the Wakanda plays, this is also incredibly good for reactive attackers like Venom or Sabretooth. This could also be an interesting tool for Hulk/She-Hulk lists to not only limit pushing attacks but deter attacks in general for fear of using the damage to catapult them into the attacker/their buddies. This effect is incredibly good for one power, and I expect it to see broad play in people’s 8 if attack based pushes continue to be common (I’m betting they will). If not, the proactive mobility of Climbing Gear might be superior.

Overall I am quite pleased with the card contents of this pack. Dirty Works might be a bit of a dud but I think Cat and Mouse is a faction defining card, and Warpath is going to be a fascinating meta card. If you’re taking X-Force you’d already be buying this kit, but it has some nice stuff for all players as well (and Domino is going to be great in any attrition team regardless of affiliation). Finally, if you’re looking to play X-Force and somehow haven’t ordered this box yet may I point you in the direction of our sponsors: